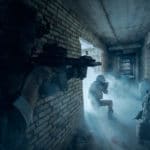 Calm in Crisis: 5 lessons from Gunfights | Special Forces and Entrepreneurship by E.M. Burlingame “Never underestimate the power of stupid people in large groups.” This line has stuck with me for decades from one of my all-time favorite comedians and one of humanity’s all-around greatest thinkers, George Carlin. Like virtually all younger people, much of my life I … END_OF_DOCUMENT_TOKEN_TO_BE_REPLACED 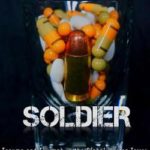 High Risk Soldier by Marshall McGurk I decided to purchase High Risk Soldier for two reasons. First, the cover art drew me in: a shot glass filled with pills and a 9mm round. The imagery was powerful.  As a combat veteran, I knew exactly what that imagery symbolized. Second, Major Terron Wharton and I were classmates at West Point. We did not have classes together but we … END_OF_DOCUMENT_TOKEN_TO_BE_REPLACED 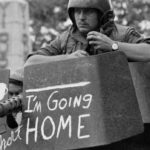 War, and Unity: A Vietnam War Marine Looks Back by Jerry Lynch I have this idea that all wars are similar in more ways than one could imagine. Beyond the basics of kill or be killed or Geneva Convention realities. There are experiences that unite us even if we are 200 years apart. I like being united with George Washington, and Private Joe Shit the ragman. Though we have … END_OF_DOCUMENT_TOKEN_TO_BE_REPLACED 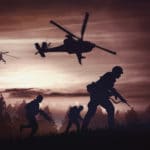 The Ranger Way: Earning My Combat Scroll by James Webb It was my 3rd mission that I bagged my first bad guy. Right out of the bird, I knew we were running up to the top of a hill and just above the target building. To be blatantly honest, all I paid attention to at that point was how far we were walking and if there was a terrain feature or not we had to cross, meaning a … END_OF_DOCUMENT_TOKEN_TO_BE_REPLACED 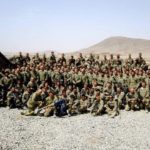 To my left in this photo, just above my company guidon is a man who loves and believes in America.  He loves America so much, he had the courage to do what many Americans never have: serve the United States in combat.  In fact, because he loves what our great country stands for, he served our country in combat for almost six consecutive years. He’s been shot at and had more … END_OF_DOCUMENT_TOKEN_TO_BE_REPLACED