The Remington Tac 14 is technically, a pump action, 12 gauge firearm. It’s not a shotgun, so technically it cannot be a short barreled shotgun. Because it’s over 26 inches it’s not considered concealable, and therefore not an AOW.

The Tac 14 isn’t a shotgun because of the legal definition of a shotgun. By law, a shotgun has to have, or have had, or redesigned as a weapon with a stock.

The Tac 14 has never had a stock, and as long as one is never added it remains a 12 gauge firearm. As a firearm, it has to remain over 26 inches and can have a barrel length of 14 inches without being an NFA weapon. The Remington Tac 14 is an 870 Express trimmed down to an extremely small package.

The Tac 14 holds four rounds in the tube and one in the pipe for five rounds of 12 gauge madness. The Tac 14 comes from the factory with a Magpul pump. I like the Magpul pump, it doesn’t only look good but is modular.

You can attach MLok rails or attachments directly to the weapon, which gives you the ability to easily add lights, lasers, or foregrips. This is important because a foregrip is very handy on this gun.

The front sight is nothing more than a simple bead, nothing too special here. Pretty standard for shotguns like the 870, and now it’s standard on the new class of guns known as firearms. The gun comes with a cylinder bore barrel, and that’s to be expected with such a short barrel.

The Tac 14 seems extremely well made. First off, Remington stepped it up with the box they include. The weapon is housed in a big green cardboard box but comes with a custom foam cut pad that protects and holds the weapon. This foam cut pad is something I’m keeping to line the inside of a hard side box.

The finish is exquisite. Remington had a bad period where the finish on their guns was… well, questionable. The Tac 14 is a nice black oxide finish that is deep and evenly applied. The pump glides rearward, smooth and unobstructed, almost likes it’s on ball bearings.

The controls are a little odd with the Shockwave Raptor grip. They are designed for being used with a stock, so the rear placed safety is a little odd, although the pump release is placed perfectly forward of the trigger.

This little, not a shotgun has some heft to it. The Remington 870 series is well known for its use of an all steel receiver. This adds both strength and weight to the design. The Tac 14 weighs 5.65 pounds, it’s not a boat anchor, but if feels well made in hand.

I love these kinds of guns. The short barrel, pistol grip, and pump action reek of some kind of cool. It’s a blast, both literally and figuratively, to take one to the range. Let it be said that these are not well suited for beginners.

The Remington tac 14 and other 12 gauge ‘firearms’ are powerful and feature some nasty recoil. Let’s face it, any shotgun without a stock is gonna be a little nasty. The Shockwave Raptor grip really helps and the recoil doesn’t punish the wrist, but you got to hold onto it.

The Magpul Pump is nice, but it’s hardly textured, and your hand jumps with every shot. You need a hand stop or a foregrip for safety on this thing unless someone makes a strap similar to the Mossberg Shockwave.

Firing the gun slowly is safe, but trying to rapid fire, even with cheapo birdshot, is a bit dangerous because the gun jumps and bucks quite a bit.

Speaking of ammo I’ve put a number of cheap Wal Mart and Academy birdshot through the gun and it’s fun. It’s cheap too. The Remington chucks the shells well away from the shooter, gotta love positive and consistent ejection.

Buckshot is a little rougher. Some standard Federal 00 is manageable if you use good form and the pull/push method of shooting. However, Fiocchi low recoil buckshot is more pleasant and way better suited for a gun this size.

I installed a simple Magpul Mlok foregrip to the pump, and it helps you control the weapon and is legal to do. The grip attaches directly to the pump, without any rails required and this makes the weapon much more effective in my opinion.

What is it Useful for?

In reality, this is best suited as a range toy. An actual shotgun with a stock is much more effective as a fighting weapon. In an extreme close quarters situation, this gun is a bit more maneuverable than a standard shotgun, but a handgun would be a better choice.

This is a very niche weapon for any kind of tactical use. It’s best suited for making smiles and throwing shot down range. Shooting is the purpose of this gun. It’s challenging and difficult, but well worth mastering for no other reason besides this is America.

I have a few. I think a foregrip or hand stop should be included with the gun. I also would like the receiver to be tapped for a scope mount. A red dot would be way better for accurately aiming this beast. Also, they added a sling swivel on the magazine tube cap but none of the Shockwave grip. That’s really it.

Is it Worth it?

It is a well-built gun; there is no denying that. It’s fun to shoot, and a little challenging. There are no glaring flaws with it from a technical perspective. If you are in the market for a tactical shotgun, I would look at something else. If you want a fun gun, then the Tac 14 is a brilliant choice. 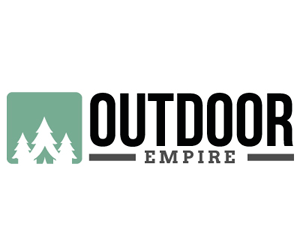