HomeNationVeteransIt Takes a Monster to Kill a Monster… Can We Ever Go Back? 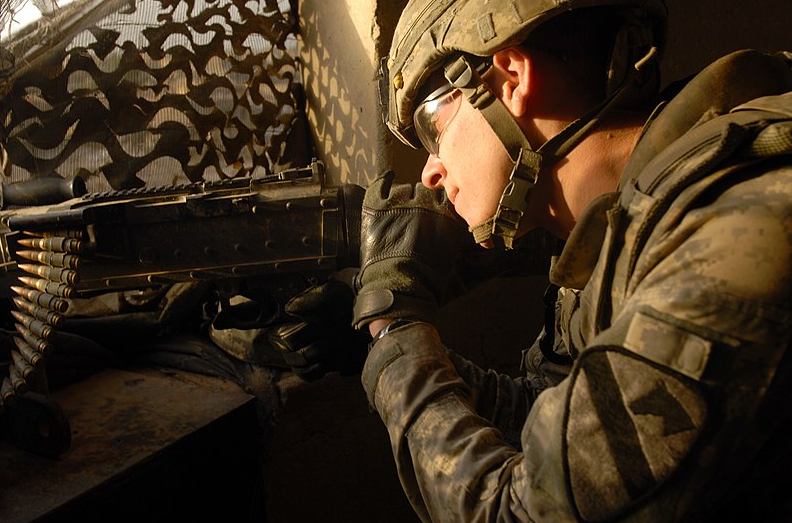 In youth, we are indoctrinated to believe that there are “monsters” out there willing to hurt us, whether it’s the boogie man under your bed or Pee-Wee Herman. Eventually, these “monsters” develop into people driving vans and offering candy to children or gang members with no code of conduct.

Growing up, I saw these “monsters” time and again; I sat next to them in class while they traded drugs and guns in the back. Sometimes these “monsters” take the form of addicts past the point of recovery, or suppliers intent on pleasing their bosses and not doing time in prison. When deploying, the epitome of a monster becomes a religious zealot hiding behind his faith to chop arms off young and innocent girls who want to read and vote.

There was a time when we were all naive and innocent, but that is why we join the brotherhood of the sword. Everyone knows the best way to kill a monster is to find another one to kill it.

But once acclimated, can we ever become human again? Will we ever stop smelling burning fuel or decomposing bodies? Can we ever sit at a public restaurant with friends and not have to face the primary entrance while identifying at least a second and tertiary exit?

Does your alert level go down after a stranger pulls his hands out of his pockets or moves from behind you? Will you ever be able to safely cuddle with your daughter without worrying about losing her like so many comrades before?

Will those fangs ever fully resemble those of a sheepdog again and not a wolf?

I’ve been there, it’s tough, and nothing worth doing is easy. I’ve been in those dark moments, those dark places, usually looking at the bottom of a bottle and a loaded Glock. I’m not too proud to say it. Many of us have. These are our new firefights, our new ambushes. We must keep moving forward.

Whether it’s family, a child, your new love, a great friend you just reconnected with, your new business, or even the gym: You can always find a compass to get you where you want to go. But at the end of the day, you have to do your own work. Press on as if your life depended on it, because it does, and those we have lost would not want us to give up.

This first appeared in The Havok Journal on November 26, 2021.