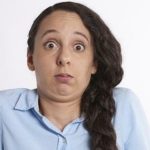 Where Do We Go from Here? by Kevin Wilson I feel like it says something about our society that liquor stores are considered “vital” in a pandemic, and thus, are allowed to remain open while nearly everything else is going to hell. Don’t get me wrong, I’m sure as hell not complaining; I’m stuck in the house day in and day out with two extremely bored kids who are going … END_OF_DOCUMENT_TOKEN_TO_BE_REPLACED 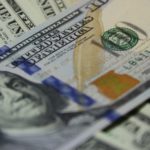 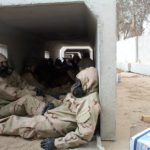 COVID-19: My Chemical Romance by Nick Perna Perspective, it's how we look at something now can be light years away from how it appeared at the time. A long time ago (17 years ago, to be exact) a bunch of troops prepared to go to war, in Iraq. Range training, individual and team movement and physical conditioning. We trained for all of the usual stuff, with one added … END_OF_DOCUMENT_TOKEN_TO_BE_REPLACED 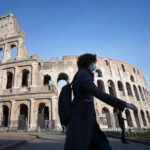 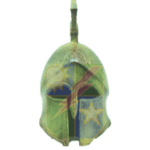 It is being said everywhere, this is a strange and difficult time. Arguably, many have been through harder times, but something about this feels different than anything we have experienced. Because of this feeling, it is possible that some may have forgotten what got them through tougher times; which made them “Warriors” in the first place. Some may not consider themselves … END_OF_DOCUMENT_TOKEN_TO_BE_REPLACED 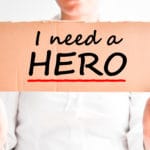 Harry Dresden: The Hero We Need by Kevin Wilson If you’ve been around the world of fantasy literature in the last two decades, chances are you’ve heard about a wizard named Harry. No, not the short, bespectacled British one. Despite the shared first names (don’t blame the author, Jim Butcher wrote the first book before Harry Potter became a thing over here), the two don’t … END_OF_DOCUMENT_TOKEN_TO_BE_REPLACED 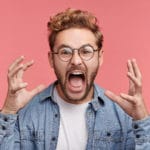 Let's Use Outrage Culture for a Civilized Boogaloo by Kevin Wilson The world is in flux right now. The very concept of modern society is being stressed to the breaking point by the COVID-19 pandemic. For the most part, people have rushed to prove what I’ve been preaching for years: the majority of the human race is pretty decent, when it comes to it. Communities have come … END_OF_DOCUMENT_TOKEN_TO_BE_REPLACED 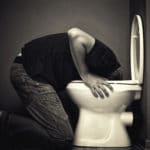 I Needed a COVID-19 Test after Watching the "Imagine" Video, Just to Rule Out Coronavirus by Michael Bama Katt Spouting your no better or more well-informed than anyone else's opinion while accepting an award that's going to be worth millions to you for playing the grown-up version of cops & robbers and cowboys & Indians is one thing. You can watch that if you enjoy … END_OF_DOCUMENT_TOKEN_TO_BE_REPLACED 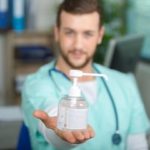 If You Can't Find Hand Sanitizer And Toilet Paper In Your Local Store, You Can Thank This Guy by Scott Faith I guess you could call it karma.  A man who contributed to the shortage of protective cleaning goods during the COVID19 pandemic by buying them in bulk and then re-selling them at grossly inflated prices is now out of business.  And after he was shut down he had over … END_OF_DOCUMENT_TOKEN_TO_BE_REPLACED 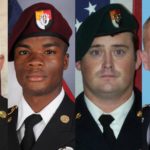 Sister of Fallen Green Beret Calls Out SOFREP for Releasing Video of Soldiers' Deaths by Megan McGill-West This first appeared in The Havok Journal March 18, 2018. Editor's Note: "SOFREP" is now known as "NEWSREP." To the Cowards Hiding Behind the SOFREP Website, You don’t deserve to be called out by your names because to me, you aren’t human. You’re thoughtless, … END_OF_DOCUMENT_TOKEN_TO_BE_REPLACED