HomeCultureLone Survivor and The Truth 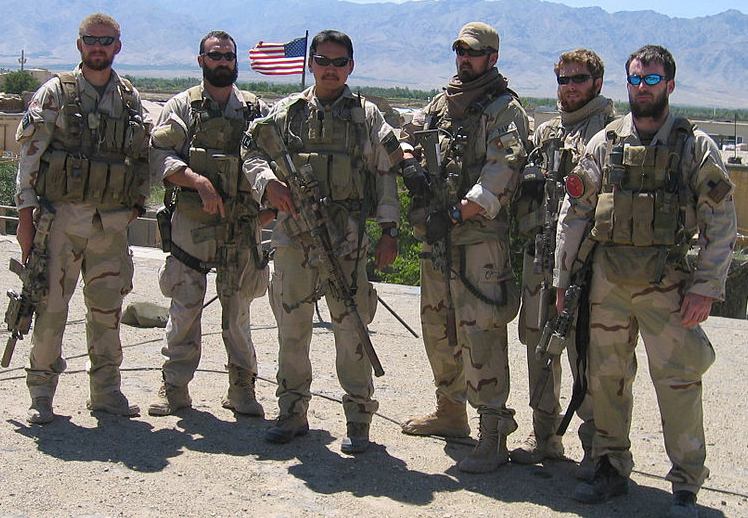 This first appeared in The Havok Journal on March 23, 2014. “Lone Survivor,” the story of SEAL heroism in the mountains of Afghanistan, resurfaced in May 2016 after an article in which Mohammed Gulab, the man who saved lone SEAL survivor Marcus Luttrell, disputed some of the most important aspects of Luttrell’s story. Lone Survivor was eventually made into a major motion picture, but that, too, generated significant controversy.

I sat with my father in late December watching the UFC fights. I halted our conversation when Navy SEAL Marcus Luttrell came on to talk about the movie ‘Lone Survivor’ which was based on his real-life experience in Afghanistan during Operation Red Wings, a mission gone wrong in late June 2005. The story had already been a best-selling book, however, with the release of the movie Marcus would have the platform to tell the story of the men that didn’t survive the mission.

This was not the first interview that I had watched where both Marcus and the director touted the extreme attention to detail and accuracy that they sought when making the film. Far too often Hollywood has a tendency to sensationalize stories in an effort to sell more tickets so I was anxiously awaiting a highly accurate portrayal of the entire mission and those involved. To my dismay, that is not what I got.

Before I go any further I feel that it is necessary to say that I was a part of the search and rescue operation to pull those men out. My platoon aided in the recovery of Matt Axelson several days after the firefight had concluded. I was awarded a joint service commendation medal for actions during this operation.

I have had the distinct honor and privilege of speaking with several other service members from other elements since my book was published. In addition to conversing with several other members of Special Operations that were involved, as well as my own personal accounts, I have to be honest and say that Lone Survivor did little to preserve the historical accuracy of one of the most significant missions in the Global War On Terror.

I understand fully that making these comments in a public forum will result in a potential onslaught of negative feedback. That is something that I am willing to endure to ensure that people have a better understanding of actual events. This is in no way an attack on the men that conducted Operation Red Wings, I have the highest degree of respect for them and consider them among our nation’s greatest heroes. I believe that what they went through was more than worthy of a best-selling book and a major motion picture. I believe, however, that this could have been accomplished without the egregious exaggerations.

No movie ever gets it 100% correct; this is a fact that I have come to tolerate following years of watching Hollywood tell us what they think war looks like. Small details like the use of the wrong helicopter used for the extraction, the fact that they referred to the mission as “Redwing” on more than one occasion, or the fact that SEAL or not, no one is going to run on the tarmac (in a tank top) of a military forward operating base doesn’t really bother me. What I have an issue with is blatant exaggerations such as, “Shah killed 20 Marines last week.” (No record of this exists anywhere) or “There are over 200 Taliban.”

In an effort to increase the necessary Hollywood kill count, the backstory of each of the men was completely lacking. The final battle scene, complete with RPGs and Apache helicopters laying hate on a hundred bad guys, couldn’t be less accurate which leads to the possible lack of credibility of many of the other parts of the movie. I know for a fact that the way that Matt’s death was portrayed in the movie was very inaccurate. Danny Dietz and Michael Murphy’s bodies were stripped and videotaped by the Taliban. Matt Axelson, after exhausting his ammo, found a place to die in peace.

“So what’s the big deal? It’s just a movie right!?” That is what I keep hearing people say. Let me frame it this way, “it’s just CNN what’s the big deal?” Here’s the big deal: it’s “just” a book that will sit on shelves for generations and dictate the opinion of the masses. When it comes to telling the truth, there is no such thing as “it’s just a…” When I was in Iraq, my platoon conducted around 100 direct action raids, often on high-value targets, in under 90 days’ time. Frequently we would sit in the chow hall after and watch the story hit CNN of the mission that we just conducted where possibly 20-30% of the details were accurate. If you have never been to war, I mean real war, your only opinions are formulated based on information that you collect from outside sources (books, news media, movies, etc.)

Simply put, we have become an incredibly lazy society. We want to be spoon-fed historical facts in a movie or 30-second news clip. There is little, if any, time spent doing independent research. If a website posts an absurd article about Obama taking away our guns half a dozen of my friends share it on their Facebook feed without checking into it at all. Our ignorance is cancer and it is spreading.

We have access to all the knowledge of a hundred generations in the palm of our hand and we abstain from its use. Movies like Lone Survivor do well to quench our thirst for drama but do little to represent factual events. At the core, we can take away that four men were willing to give their dying breaths for one another. That is a love that very few people will ever truly understand. The tragedy is that such a pure thing should be tainted because someone in Hollywood wants to make a larger profit by manipulating the content.

The cost of our growing ignorance expands beyond a simple lack of historical knowledge. The Taliban prevents the women in their society from becoming literate. They then rely on those same women to raise and educate their children. When your teacher is illiterate the chances that you are well-read is highly unlikely.

Understand that there is no shortage of people that want to kill you. Yes, you reading this. The very men who wanted to kill Matt, Marcus, Danny, and Michael received their education from a truncated version of the Koran. By manipulating the content young men are convinced that becoming a suicide bomber is the morally correct course of action. Since the likelihood that they themselves were illiterate their ability to read and interpret the book’s teachings was impossible. The ignorance of these individuals makes them easy to radicalize.

I understand that the following statement may not sit well with some people. Morally I do not differentiate between the lies that a Taliban leader tells a group of impressionable young minds in a madrasa to manipulate individuals into becoming suicide bombers and a Hollywood movie exaggerating accounts of a mission to sway the emotions of the masses to their favor. Both are crimes against truth and virtue.