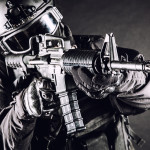 In the early morning hours of Saturday, 13 June, a police station in Dallas, Texas came under attack from what is described by police and witnesses as a group of "multiple assailants armed with automatic weapons and an armored van." Details are still emerging, but it appears that at least one person and up to four individuals fired automatic weapons, placed at least two … END_OF_DOCUMENT_TOKEN_TO_BE_REPLACED 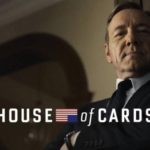 According to Project Casting, an entertainment industry resource for actors, the Netflix hit series "House of Cards" is looking for extras for their upcoming fourth season... and veterans, they want YOU. Project Casting lists the casting call as follows: _____ House of Cards Season 4 Casting Call CASTING! MILITARY VETERAN (age 28-40, male AND female) – Preferably … END_OF_DOCUMENT_TOKEN_TO_BE_REPLACED 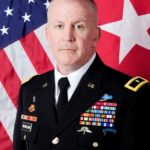 Thanks to a Freedom of Information Act filing by the Washington Post, we now know that then-brigadier general Sean Mulholland, the former commander of Special Operations Command-South (SOCSOUTH), was relieved of command following an investigation into his personal conduct and NOT for "health and personal reasons" as originally claimed by the Army last August. Mulholland, … END_OF_DOCUMENT_TOKEN_TO_BE_REPLACED 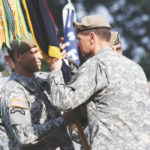 Colonel Christopher Vanek, commander of the storied 75th Ranger Regiment, has been disciplined by the commander of United States Army Special Operations Command and may be soon be fired or compelled to submit his resignation. This news came to light yesterday, after a 15-6 investigation into Vanek's "command climate, perception, and judgment" found enough evidence for … END_OF_DOCUMENT_TOKEN_TO_BE_REPLACED 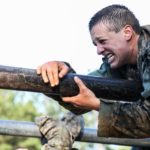 Editors Note: It has been confirmed since the publishing of this article that three of the eight female Ranger candidates have been offered and accepted a day one restart in a new class. Multiple sources who reported reliably on related issues in the past have informed Havok Journal that as of 30 May, all female Ranger candidates have failed out of Ranger School. As we … END_OF_DOCUMENT_TOKEN_TO_BE_REPLACED 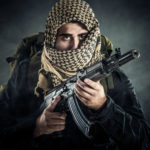 As reported yesterday here on Havok Journal and on news sites all over the world, Delta Force carried out a precision operation in Syria last Friday, successfully killing top ISIS operative Abu Sayyaf, capturing his wife (who was also an ISIS member) and freeing a Yezidi sex slave.  Now, the terrorists are seeking revenge. According to deep-web data mining site Vocativ, … END_OF_DOCUMENT_TOKEN_TO_BE_REPLACED 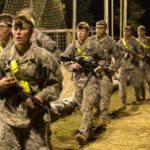 According to a well-placed source at Fort Benning, Georgia who has reported reliably in the past, all eight of the remaining women Ranger candidates in the current class failed out and are being recycled. Last month, 19 women made the cut to begin Ranger School with Class 6-15.  Eight of them made it past the first week, progressing into the “patrolling” phase of … END_OF_DOCUMENT_TOKEN_TO_BE_REPLACED 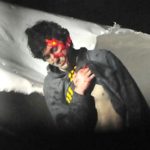 Despite a spirited legal defense that conceded guilt but alternated between focusing on his youth and attempting to shift culpability onto the shoulders of his (dead) older brother, Boston Bombing suspect Dzhokhar Tsarnaev is a “suspect” no longer.  21-year-old Dzhokhar, the younger half of an Islamist-motivated duo of brothers who terrorized Boston during a murderous rampage … END_OF_DOCUMENT_TOKEN_TO_BE_REPLACED 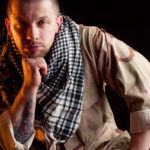 In an article that has many veterans saying “pleasepleasePLEASE don’t be an April Fool’s joke” the Army Times posted a story today indicating that the Chief of Staff of the Army, General Raymond Odierno,  has reversed a much-maligned tattoo policy that has had inked troops and their supporters  seeing red. Under the policy, restrictions such as limits on the number and … END_OF_DOCUMENT_TOKEN_TO_BE_REPLACED 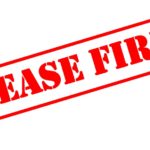 UPDATE (1700 hours, 30MAR15):  Here are the official reactions to the story below from Teespring, Article 15, and Ranger Up.   As you can see, definitive progress is being made.  Many thanks to all of you for your support; the veteran community can do great things when we all work together for a common purpose.  We will continue to keep you posted, but I think there is high … END_OF_DOCUMENT_TOKEN_TO_BE_REPLACED