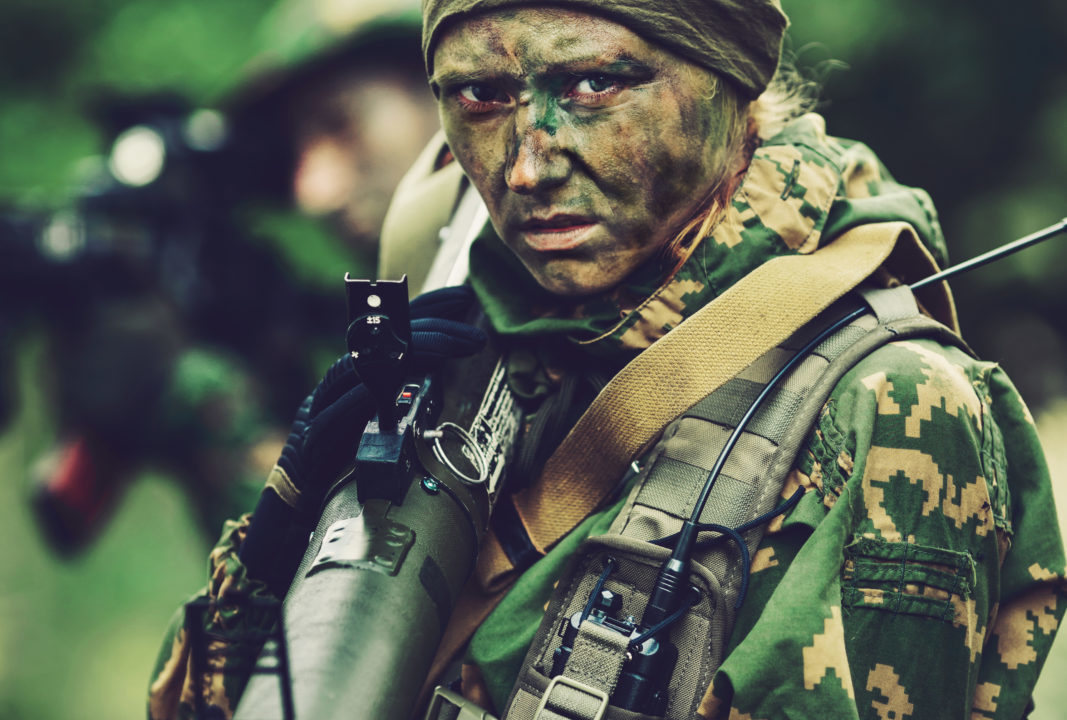 The data is in. The test subjects have been evaluated. Three women have now passed Ranger school, undergoing infantry training, and are on their way to being put into our nation’s most well-known special operations units. Personal opinions on women in combat are irrelevant, as it is going to happen regardless of any data suggesting otherwise.

There is a narrative that has to be achieved, and it will happen come hell or high water. Even if every branch of the armed forces were to publish a study saying that women in a combat unit cause premature detonations of mortar rounds, increased bear attacks, and more sequels to the “Police Academy” movie series, the narrative will be pushed through.

I can deal with that.

What I cannot handle is the number of people with strong opinions on the subject, whether civilian or military, but with no skin in the game.

While researching this subject, I found that the most vocal proponents of women in the infantry were often a small group of female veterans who apparently would gladly have signed an infantry contract. This isn’t about them. As much as I disagree with them, this rant is about every other man or woman who wants women to go to war, but is unwilling to do so themselves. This is about every person who ever shared a Huff Post article on Facebook, mocking the evil male homogeny of the grunts.

I have met and conversed with many women who believe in a gender-neutral infantry. They range from civilian factory workers to lower enlisted soldiers in the Army. I have yet to meet a woman who is actually willing to sign up as an Army or Marine Corps rifleman. Are they out there? Absolutely, but their voices are drowned in a sea of opinions from people who are more than willing to let another woman die for them in a combat zone.

These people are like the Hollywood actors who advocate socialism while benefiting from a capitalist economy, or the people criticizing the women who graduated Ranger School who don’t have that Ranger tab. It is easy to preach a redistribution of wealth when I have most of my sizable fortune in overseas accounts, where the consequences of my ideals will not affect me. It is easy to criticize the two female soldiers who passed Ranger School if I have never had the guts to attempt it myself.

Many of those women or men who fervently strive for women in combat have never gone near a recruiter’s office, and if they did, they didn’t want to sign up as an 0300 or 11 Bravo. I highly doubt many of them will encourage their daughters to go into a combat MOS, but will instead suggest that their talents and intellect make them too good to be wasted in the grunts.

Should their ideals get pushed through, they will see it as a great victory in gender equality. They will raise their hands in personal triumph when they see some other 19 year old female PFC struggling under the weight of an M2 machine gun and a combat load during an 18 mile road march. They may even cheer on the female squad leader they see on the evening news giving out commands during a firefight. It doesn’t matter, because that woman is someone else, or someone else’s daughter.

There are convincing arguments for women in combat positions. I’ve even heard stories of women in tier one units doing Jason Bourne stuff. I have nothing but respect for those women who have actually achieved those levels of combat prowess. The problem is the usual source of the vehement gender-neutral argument; the person with nothing invested in their own position.

Are you a woman who is yearning to sign up for the infantry? Guess what? You will get your chance, and I sincerely want to have a conversation over the beer I just bought for you. Should I ever meet one of the women who passed Ranger school, I will shake their hands, listen to their opinions on the subject, and I will do it at parade freaking rest. Even though I vehemently oppose the concept of women in the infantry, their opinions matter to former grunts like me, because at least women like that are willing to take the risk and put their skin in the game. They put their money where their mouths are, and are willing to become a new breed of ovarian death masters. The rest seem way too eager to let other women fight and die for them.

Here is the question I would pose to all women or men who support women in combat positions;

If a recruiter placed a contract to join the infantry in front of you right now, would you sign it? If not, your opinion is invalid.