HomeNationWhy Building the Border Wall is a Bad Idea 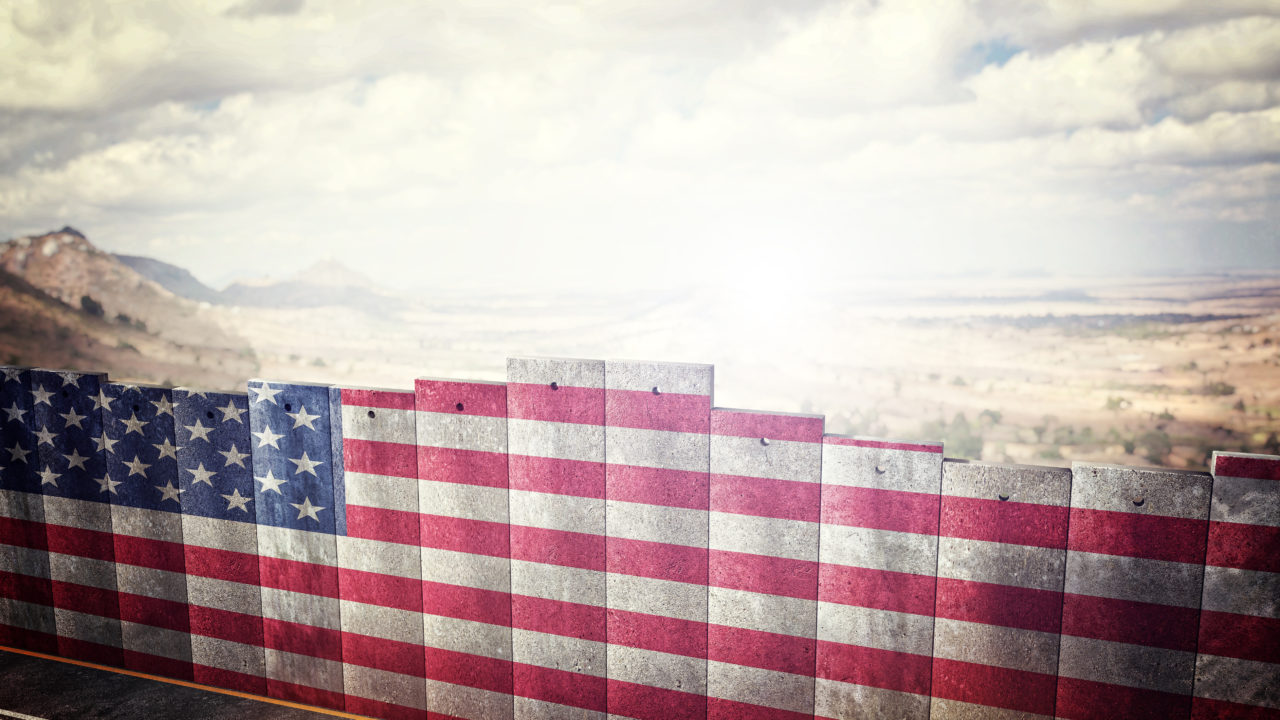 President Trump’s plan to construct a 2,000-mile border wall separating the United States from its southern neighbor, México, is a dumb idea.

Just so you know, I don’t tend to typically come down along — ideologically speaking — the preternaturally wimpy, everything-aggrieves-me, politically correct, national-security-concerns-are-for-racists-and-xenophobes liberal/progressive line of thinking as it pertains to U.S. foreign policy initiatives…or life in general.

But, in this instance, President Trump, sir, I must inform you, this pursuit of a more symbolic than utilitarian exercise in border barrier construction is just plain foolhardy.

And suddenly, I sense my conservative military and law enforcement friends and colleagues quietly exiting this column and heading for the far lusher and greener pastures available in National Review Online or The Blaze.

If it’s necessary for me to establish my bonafides on the issue of illegal immigration and “sanctuary cities,” please refer back to a March 15th of 2017 The Havok Journal piece I penned, entitled, “A Former FBI Agent’s Open Letter To Sanctuary Cities.” In that condemnation treatise that I aimed squarely at the Bill de Blasios and Rahm Emmanuels of the liberal big-city mayor set that continues to openly and defiantly defy federal immigration laws, I showcased my adherence to no-excuses-accepted, tough-on-crime, Rule-of-Law-administering, law-and-order discipleship.

My inclusion in that club should not be questioned.

But, when it comes to opposition to the proposed border wall, count me in with the Democrats.

And trust me, lately, that occurs about as often as a sighting of Halley’s ever-elusive comet.

But I want to aid the current Administration, as well. As I recall my Democrat friends lecturing and hectoring during the Obama years — Rooting against the president is akin to rooting against America. And, well, “the wall” makes for bad political optics. And how a policy proposal presents is EVERYTHING in politics.

And as for Mssr. Trump and his erstwhile plans to make good on a campaign promise that was “the wall,” I say this:

In doing the calculus, I figure that the expenditure of political capital that President Trump is prepared to exert is simply NOT … WORTH … THE … EFFORT. The damage that the Democrats are gleefully calculating “the wall” will do to the Grand Old Party in the 2018 midterms and in 2020 could be considerable.

You see, as deftly as the Democrats utilize identity politics to divide us and fortify their constituency, “the wall” provides needless opportunities for the Democrats’ “war on [fill in the blank]” campaigns that they predictably and disingenuously trot out every election season. Why aid them in their cynical efforts to tar every GOP proposal as “racist,” misogynistic,” “homophobic,” and, as it relates to “the wall” — “XENOPHOBIC?”

Mr. Trump, “the wall” aids them in their campaigns. Democrat politicians are fundraising off of this construction plan. You DO know this, right? This wall provides the opposition party a needless wedge issue to adroitly exploit. And since they recently morphed into the derisive moniker they labeled the GOP during the Obama years — “Party of No!” — why not remove the most “noisy” and divisive issue they have at their disposal, the border wall?

And remember, failing to keep this campaign promise would be understandable. Hell, President Obama failed to: 1) close Guantanamo, 2) allow us to keep our preferred doctors and healthcare plans, 3) convince the Muslim world to embrace us, and finally … wait for it … 4) provide “the moment when the rise of the oceans began to slow and  the planet began to heal…” Easy, stomach, don’t turn over.

I guess I must also remind you of one fairly considerable advantage the Democrats have in the court of public opinion: The GOP gets blamed for any and all government shutdowns. And as we hurtle inexorably towards a potential shutdown over the impending Trump budget, which is sure to include funding to build the wall, the mainstream media will ensure the GOP gets the blame for the Democrats refusing to sign-on to the budget, forcing an inevitable government shutdown. And guess what? Government shutdown — they win and you lose.

Do you recall back when the Republicans wanted to defund Obamacare? Yep, you guessed it, the GOP was to blame. Seek to fund “the wall” and you’ll assuredly witness the GOP assigned the blame for a pitched congressional battle sure to result in a shutdown. Ergo, defund OR fund a program in a budget, and if the Democrats disagree with it, the GOP is the inevitable bogeyman responsible for the National Parks being closed. Go figure. Politics…

Building the wall will only further the small amount of political momentum that the Democrats have enjoyed post-election with their #opposition and #resist efforts. Why give them a ground ball? “The wall” is now a cause célèbre for the Democrats. Why make their job in whipping up their troops any easier? “The wall” does just that.

If we are to examine the strategy behind the construction of a border wall, we will determine it to be fraught with misguided and delusional views of the anticipated effects or successes associated with its erection.

Here’s what I mean:

There’s a blind leap in judgment with folks who fervently believe that the border wall will impede or stop illegal border crossings by Mexicans and Central Americans bent on pursuing job opportunities and a better life for their families in the United States.

And while projected causality will be impossible to determine in imagining that a physical barrier along parts of the U.S.-México border will diminish border-jumping opportunities, we must understand that completely eradicating illegal immigration is an abject impossibility. One needs only look at how much money we’ve spent on the failed war on drugs. Crafty narco-traffickers simply avoid those portions of the border patrolled by border enforcement, sneak their goods in via disguised cargo shipments, and dig improbable miles-long tunnels, or simply choose crossings in areas difficult for human navigation. And in some already walled-off spots along the border, they’ve even resorted to catapults — yes, you heard that correctly — CATAPULTS, in order to deposit contraband on the U.S. side of the border; a tribute to Mexican ingenuity and America’s insatiable appetite for illegal narcotics … or cheap labor.

No matter the efforts expended to construct it or the buckets of collected tax money heaved at the project to finance it, desperate people will resort to desperate measures to circumvent it. Even if the wall is ten feet high (as promised), and vigilantly guarded by extra U.S. Customs and Border Protection (CBP) personnel, who would be part of that ever-elusive bipartisan comprehensive immigration reform plan we’ve been promised for what seems like forever — folks will find their way into our country without going through proper channels.

Should we give up and simply condone the disrespect and disregard shown towards our sovereign borders?

But when folks could become desperate enough to launch a raft from the Mexican side of the westernmost limit of the border wall, to brave the Pacific Ocean and navigate to someplace along the California coastline, that’s a seriously needed upgrade in Coast Guard and CBP personnel. Couldn’t this also happen on the eastern side of México, in the Gulf, where less-than-seaworthy rafts and dinghies could be launched in an effort to reach the eastern coastal border of Texas, or the southern limits of several other states? #Reality

Think: Cubans escaping Castro on rafts in dangerous open water between their island and the Florida coastline.

So, this begs the question … Has anyone thought of this Plan B for desperate folks thwarted at the border by a wall? How about the areas where the Trump Administration has already admitted that the terrain makes wall construction impossible? They talked of electronic eavesdropping and detection devices installed to capture movement and sound in areas where a wall would be difficult to construct, and where CBP units or military patrols can’t be deployed.

The wall will be a purely symbolic exercise. It will act as red meat for the Trump base. But, it won’t prevent folks hellbent on crossing the border from finding a way. And these folks are attracted to our job opportunities, our economy, and well, to the dream that is and has been, for so many, for so long, America.