But, can we just acknowledge that we have a complicated love-hate relationship with our southern neighbor?

I know this firsthand. 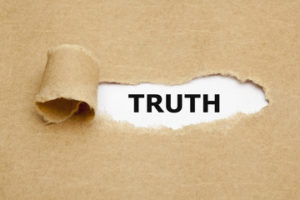 I fell in love with México when I served there as a diplomat and U.S. law enforcement representative. I fell in love with the culture, the history, the cuisine, fútbol mexicano, the music, Lucha Libre, and the Mexican people. It is a wonderful land full of far more than what you envision when you subconsciously link everything back to its poverty, drug trade, El Chapo, governmental corruption, and illegal immigration to the U.S.

The México I experienced was wondrous. And its history is so inextricably linked with our own. In fact, we share so much in common as neighboring countries as to make us two sides of the very same coin — penny or peso.

And, yes, we did engage in a conflict known as the Mexican–American War with our southern neighbor between 1846 and 1848. And depending upon just whose story you choose to accept as fact — either U.S. President James K. Polk’s version that Mexican soldiers were the aggressors, or the Mexicans’ version that the U.S. Army crossed the Rio Grande and directly confronted their soldiers on Mexican soil — accurately gauging recorded history can be just such a complicated, convoluted, and beguiling pursuit.

Far simpler to assume your jingoistic position from YOUR side of the border — looking north, or south. #Perspective

However, either way you care to interpret the facts, at the conclusion of the conflict in 1848, there’s no disputing the fact that the United States of America ultimately swallowed up almost one-half of what was once México. Think they’ve forgotten our seizure of their land parcels; Mexican soil that we subsequently converted into California, Nevada, Texas, Arizona, and New Mexico?

And yet, they still begrudgingly adore their, at times, arrogant, and dismissive, and condescending neighbor to the north. It boggles the mind how well I was treated by ordinary citizens in México City, as well as other parts of the country I visited when I was stationed there. They want to hate us. And yet, they can only show us nothin’ but love.

Well, you get the point.

The political gift to the Democrats aside, “the wall” would serve only to alienate and antagonize the citizenry of México — not the government of Enrique Peña Nieto, with whom we can, and do have some fair differences of opinion — but the good and decent Mexican people.

And, again, it would most certainly gift back to the Democrats a portion of the 1,030 seats in the U.S. Congress, Statehouses, and State Legislatures that the Democrats lost due to their tone-deafness during the progressive-renaissance period most commonly known as the Obama Era. And to what end, this wall and the potential loss of seats and statehouses? A barricade whose effectiveness would be questionable at best, and the optics of which would plague the GOP’s efforts at governance going forward throughout the rest of the Trump Administration.

And I can also envision a future Mexican president — reminiscent of President Ronald Reagan in June of 1987 in front of the Berlin Wall — standing at a podium in the shadow of Trump’s eponymous barricade, surrounded by microphones and an adoring American press gaggle, as he clears his throat and in perfect English begins:

[Cue the raucous roars of approval and crescendos of thunderous applause]… 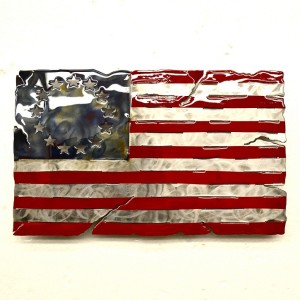 We were on the right side of history back in June of 1987.

Will we be on the right side of history, thirty years later, in June of 2017?

Now, allow me to pour myself a shot of my favorite Mexican tequila, Don Julio 70, and reflect for a moment on the efficacy of a “Make America Great Again” promise-made-promise-kept border wall project…

In fact, it’s still a flat-out dumb idea. The cost-benefit-analysis shows “the wall” to be politically defeating at home, as well as injurious and hazardous to our relationship with México.

It also comes with a projected price tag at just under $22 Billion dollars. That’s Billion, with a “B.”

There is no upside. It’s just a plain dumb idea.

Now, pass me back that bottle of Don Julio 70, por favor. I need another shot.