Donor dollars trump morality, truth telling and justice. Public opinion and constituent dollars carry far more value than what an institution or organization publicly proclaims or advertises their core values to be. I’m not accusing anyone, but permit me to share from personal experience.

As I write, I can still feel a co-worker’s hand slowly, deliberately and sensually brushing across my derriere as I stood with my back to him while talking with the department secretary. I can still recall that sinking feeling of horror, violation and numbness saturating my body as I turned to confront at him. His face flushed with sheer exhilaration — and triumph. I’ll never forget his smirk that silenced my words. Keeping furniture between you and a co-worker to avoid inappropriate touching should not be a part of the job description. 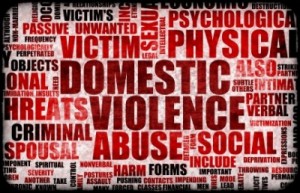 Since I was researching and writing a too-honest-for-Christians book entitled Living Single in a World of Drive-Thru Sex and probably theoretically knew more than my co-worker did about sex and testosterone, I thought him to be a fool when he repeatedly gaped at my crotch or breasts to intimidate me while talking at me. His inappropriate whining about his sexless marital relationship to gain my emotional support extracted no sympathy from me. Stupid, stupid idiot.

No amount of furniture, wearing baggy clothes, or “Please stop, I’m not comfortable with where your conversation is leading” failed to dissuade his un-asked-for attentions. Did he really think I’d remotely be interested in an emotionally-unfaithful husband who violated and betrayed the most intimate part of his marriage, humiliating his wife who he’d pledged to love, honor and protect? If he was disloyal to his wife, I knew he was incapable of being loyal to anyone — except his unreigned-in, narcissistic tendencies.

I was a single mom who desperately needed my job to support my two children. Feeling trapped, I knew if I reported him, there’d be reprisals — I’d be sacked. And my fears were not disappointed.

Young children, tweens, teens and immature, insecure college students or soldiers who risk reporting abuse also experience the added trauma of not being heard or believed. But that doesn’t grant anyone the right to take sexual advantage of another person’s body or grant the power to leadership to ignore their duty to protect the vulnerable and naive from charming predators.

After push came to shove, I called the former COO, who understood the dysfunctional, political inner workings of the organization I’d worked for, to ask for his advice, “Sue.” I didn’t. I was too devastated and terrified of the nonprofit’s power and influence. Plus, it didn’t help that I bought into a theology that Christians shouldn’t sue Christians. As if they were followers of God or students of Christ.

Instead, I followed Jesus’ recommendation in Matthew 18:15 – 17 (NASB): “If your brother sins, go and show him his fault in private; if he listens to you, you have won your brother. But if he does not listen to you, take one or two more with you, so that by the mouth of two or three witnesses every fact may be confirmed. If he refuses to listen to them, tell it to the church; and if he refuses to listen even to the church, let him be to you as a Gentile and a tax collector.

I requested a private confrontation with HR, with the perpetrator’s wife, and with a professional counselor along with Mr. Thinks He’s Entitled to My Rear End and Emotions as His Personal Playground.

I wanted to do the right thing and still hoped this organization would live out the precepts they publicly proclaimed over the airwaves. Yet, I knew of this organization’s reputation to NEVER mediate. Moving up the organizational chain, I contacted their lawyer. Their pit bull lawyer grilled and drilled down on me, making it clear, he did not believe me, and also communicating to me that he’d do everything in his power to protect their employee.

Even when they failed to acknowledge what I experienced or to offer an apology, I knew that El Roi, The Strong God Who Sees Me, knew and saw everything that transpired. To be honest, I thought about attending the president’s church and doing the same thing to his buttocks in the church foyer to make a point, and then snark, “Did you enjoy that? Because I sure didn’t when I worked for your organization.”

A pastor-counselor at my church familiar with law enforcement tactics advised me that the lawyer was employing police interrogation techniques to shake me down and break me so I’d change what I experienced. How can you deny something that really happened? People who’d expressed concern to me regarding my co-worker’s unprofessional behavior submitted letters to the lawyer, but no one ever called them to verify their observations.

Every time I talked with the legal griller-and-driller, I called my pastor-counselor and related every detail of our conversation. I’m pretty sure the lawyer got sick of my calls. After observing my devastation repeated time and again by that lawyer’s emotionally destructive words and demeaning tone, my pastor finally advised me to never to talk to that nonprofit’s hired pit bully ever again. And I didn’t.

I placed my confidence in God’s warning to religionists who mistreat widows: Exodus 22:22-23 (NASB): You shall not afflict any widow (Hebrew:‘alman, meaning widowed or forsaken) or orphan (Hebrew: yathowm, meaning fatherless). If you afflict him at all, and if he does cry out to Me, I will surely hear his cry; and My anger will be kindled” against you. Even so, it took me several years of living the life of a hermit before regaining any measure of emotional equilibrium or realizing that this was not my battle to fight, but the LORD’s.

Not only did that organization’s hireling provide barracuda legal protection, rumor radio reported the denialist allegedly bragged about receiving a hefty raise in pay. In my opinion, rewarding emotional abusers only empowers their brazenness. And then to add to my distress, this man’s inappropriate attentions, invitations and draining phone calls at home angered my elementary-aged son, Kristoffer, who’d witnessed an inappropriate, illegal request by this man. My intuitive son despised that man the first time Kristoffer sensed his body language toward me. Even our golden retriever hated him. Note to self: Always listen to your male firstborn and the family dog’s opinion of a man.