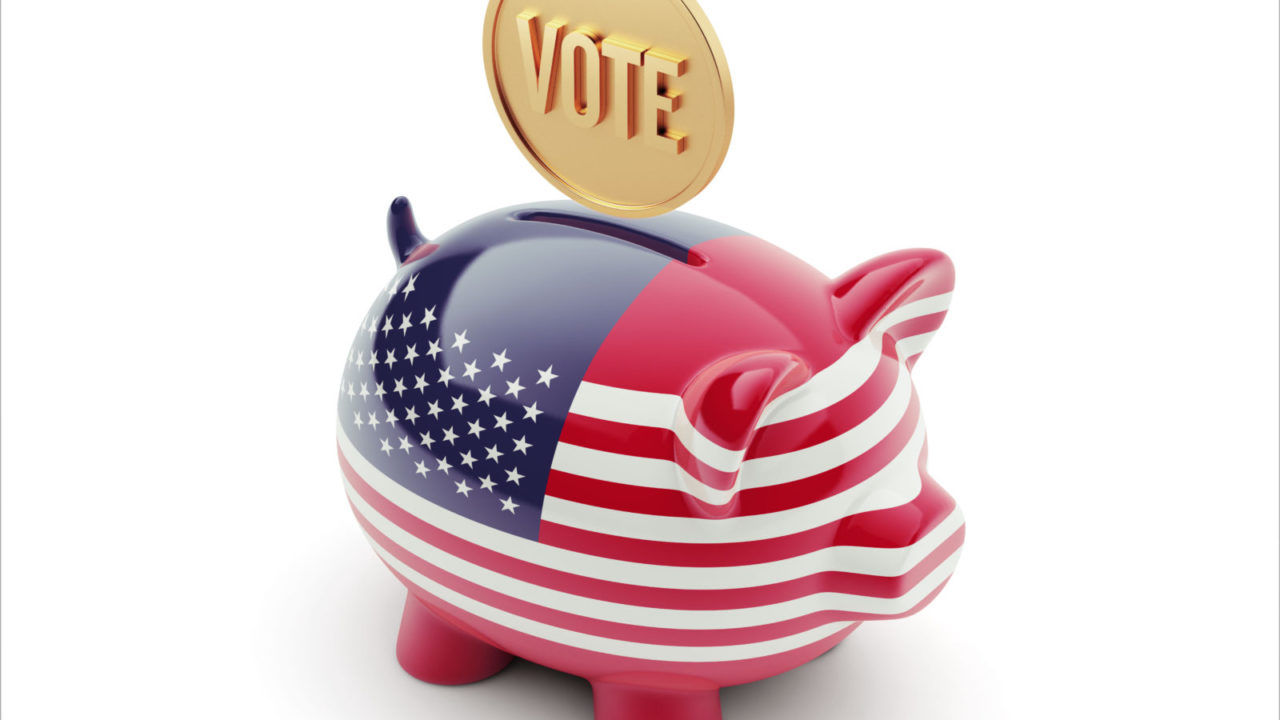 “When you vote, you are exercising political authority, you’re using force. And force, my friends, is violence. The supreme authority from which all other authorities are derived.”
― Robert A. Heinlein, Starship Troopers

Okay, I want everyone to take a deep breath and relax for a second. Now that that’s done, go and watch this video:

No really, go ahead and watch it.  It’s only seven and a half minutes long and won’t take up much of your day. It’s the entirety of Obama’s response to a question presented at the City Club of Cleveland forum, which was intended to address middle class concerns in Ohio. It was not about mandatory voting, and I will explain why.

The question, and Obama’s response, was specifically about the effect of corporate financing of elections in the wake of the Supreme Court case of Citizen’s United vs. FEC. He argued, correctly, that the effect of outsized corporate spending on elections have alienated people who would otherwise vote.

This voter apathy led to the worst mid-term election turnout in over 72 years. Part of the reason is one that has been espoused time and time again in this very forum: that the guy elected isn’t serving the people’s interests, but rather the interests of themselves and of their campaign donors. These factors are especially apparent in districts with entrenched power blocs.

Long-serving politicians can raise campaign funds considerably easier than potential challengers, which is part of the reason why you have people like Charlie Rangel of New York able to stay in power despite massive House ethics violations. It’s part of the reason why Strom Thurmond was able to serve for somewhere close to 1000 years despite being a racist piece of shit. Okay, maybe it was more like 49 years. Anyway, here’s a great interview from a few years ago about why voter apathy is a shitty thing that tears at democracy.

The fact is that America ranks lower than other industrialized nations in voter turnout. Yes, part of it we owe to the fact that our “winner-take-all” style of voting means that people who are in the political-minority (for example, Republicans in California or Democrats in Vermont) simply don’t vote.

Barring some radical change in demographics or ideology, these blocs can stay entrenched for years. As the President also said, Gerrymandering is another one of those processes that reinforces the status quo. Interestingly enough, two states on the opposite ends of the political spectrum, California and Arizona, have voted to take redistricting power away from state legislatures and entrust them to independent citizen commissions. These present their own set of challenges, but are a MUCH better alternative to the politically-charged legislative redistricting process.

The President also talked about the voter identification issue. Here I disagree with Obama. While at least one landmark study has shown that certain types of voter ID laws can disenfranchise poor and minority voters, I believe that, as a compromise, free voter IDs would be a good solution.

Some commentators on predominantly-liberal networks and websites have taken this to mean that conservative governments are enacting these laws to purposely suppress minority vote. I do not agree. While racism is not a dead issue, I don’t agree that it’s the driving force behind ID laws. I don’t believe that we have enough data to conclusively prove that any type of voter ID laws will have the deleterious effect that some claim.

However, I think that some states are taking a wrong-headed approach to the actual voting process, ostensibly to combat voter fraud. Several states that lessened early voting, or eliminated same-day registration and have made the voting process more burdensome for low-income voters.

That’s not just minority voters, mind you: many of the states that have significant impoverished white populations have restricted either early voting and absentee voting, or a combination of the two. This graphic provides a good overview of the national situation, and when cross-referenced with intersectional data on race and poverty provided here, shows us that fully 10 of the 25 states that restrict early or absentee voting have an impoverished white population at or above the national average. So while the correlation is not especially strong, it refutes the earlier assertions that this is only about enfranchising minorities or liberals.

Now, everyone is getting fixated on the Australia comment. It certainly stands out. But when taken in context of the overarching theme of Obama’s message (voter enfranchisement), and the central thrust of the original question (campaign finance), I firmly believe that the Obama was using it merely as an example to bolster his central argument, rather than as an actual solution.

The President just kind of threw the Australia example out there as an idealized, best-case example, rather than as an actual solution. The fact that he refers to a Constitutional amendment process to counteract the Citizen’s United decision immediately afterward gives you an insight to his thought process. I suppose that you could view that statement through a particular lens if you already don’t like Obama and come up with the conclusion that he’s tyrannical or power-hungry or whatever.

But again, if you ignore the almost six minutes he spoke about getting people to vote and instead focus on a comment that took less than thirty seconds to say (including verbal pauses), then I suppose you could draw out any interpretation. All that the President wants is for people to vote! And to make that happen, he wants future administrations to take steps to enfranchise voters, not force them.

Personally, I believe that voting is one of the greatest rights that we have in America, and is an end in itself. Everyone who is capable ought to express that right. I do not believe that mandatory voting is the answer, and I don’t think that the President does either. It runs contrary to our values and culture. What I do believe is that we ought to uphold the spirit of the 14th, 15th, and 24th amendments by removing unreasonable barriers to voting.

That doesn’t mean all barriers. As I said before, I am not against voter ID laws per se. What I am against is measures that make it more difficult for an already-apathetic or disenfranchised group to vote. The fewer people we have voting, the less democratic representation we have. And the less representation we have, the less of a Republic we are.