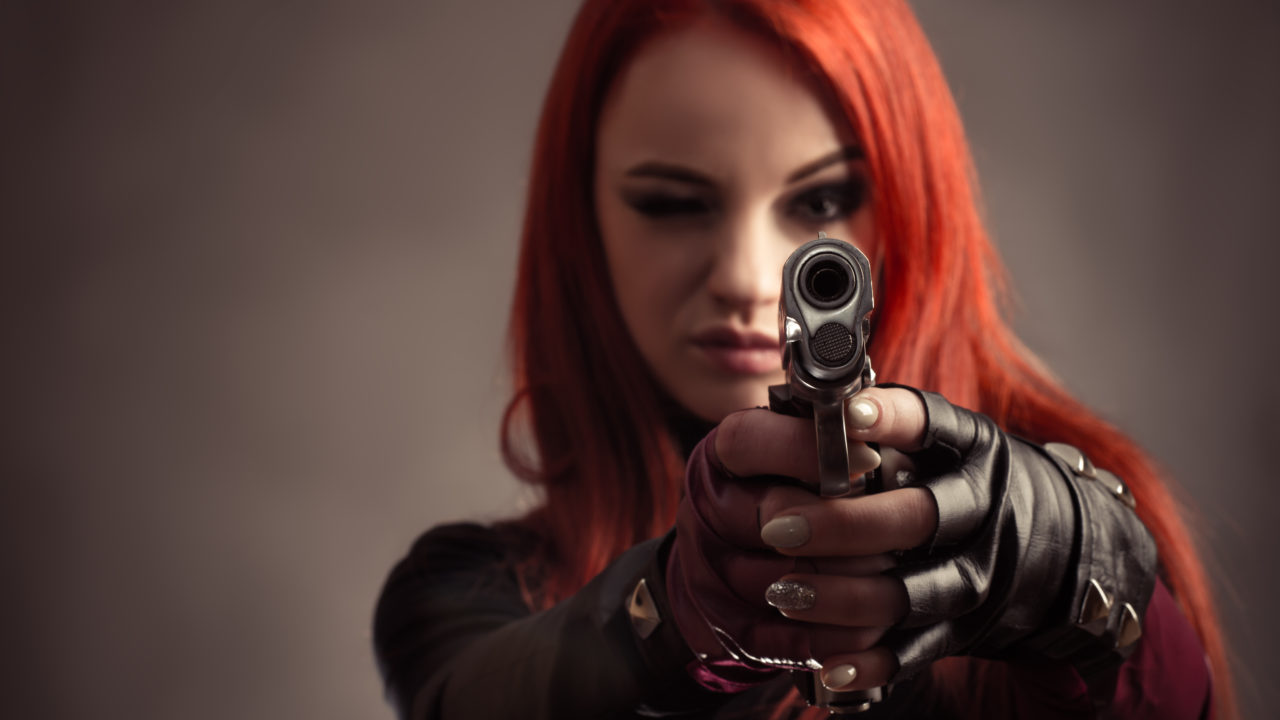 by Doc Bailey, courtesy of Ranger Up

Have you ever read an article and choked on whatever you were drinking, or in my case spit your drink all over your computer?  Have you ever checked quickly to make sure that this is not in fact the Onion or the Duffel Blog or Hit the Woodline? I’m sure you’ve read a news article that made you do a double-take, and you weren’t sure if you should feel outrage, horror, or if you should laugh hysterically at the sheer insanity of what you just read.

A Rolling Stone “article” written by Kristen Gwynne rises to a whole new level of jackassery for which I am not sure there is a word.

The title is “The Five Most Dangerous Guns in America.”

Hmm. Okay. Color me intrigued. What do you think the most dangerous guns in America are? Did you guess AK-47? Did you maybe guess one of the old favorites like the .44 Magnum? Heck, I bet one or two of you have a picture of a Barrett .50 cal you whack off to.  That sounds pretty dangerous. Nope.

The most dangerous gun in America is…(drumroll):  Pistols.

You read that right. The whole category of pistols is the most dangerous gun in America. Which pistol(s)? Who knows, but apparently Glock is the most popular. Which Glock? Hell, I don’t know, aren’t they all the same?

I’m glad Ms. Gwynne so adequately describes what a “pistol” is because I would hate to get confused here. Oh, wait, no, she doesn’t. Seriously, read her description of what a pistol is. Do you know what’s even funnier? The very next gun that’s #2 is. . . Revolvers!  You laughing yet? I am.

Last time I checked, pretty much the only modern revolvers out there are still pistols, unless “rotating-barrel” MK-19 grenade launchers are now in common use in the civilian population (I’m not even kidding, read it).

Honestly, at this point do I really need to go into Rifles and Shotguns (Most Dangerous Guns #’s 3 and 4)? I’ll warn you now if you actually read all of those entries you’ll probably suffer severe cranial trauma from repeatedly beating your head against the desk. Just to top it all off, guess what #5 is.

Yeah. Exactly. I mean, derringers basically much went out of style before WWI started. Unless you’re Abraham Lincoln or a cowboy trying to get a freebie in Tombstone, I’m pretty sure you don’t have to worry about derringers.

This *is* a Rolling Stone article, so I wasn’t expecting much. In case you’ve forgotten, these were the yahoos who singlehandedly sent General McChrystal’s career into the burn-out latrine, and put Dzokhar Tsarnaev, one of the Boston Marathon bombers, on its cover. But even though I’m not exactly expecting journalistic integrity here, this was ridiculous. 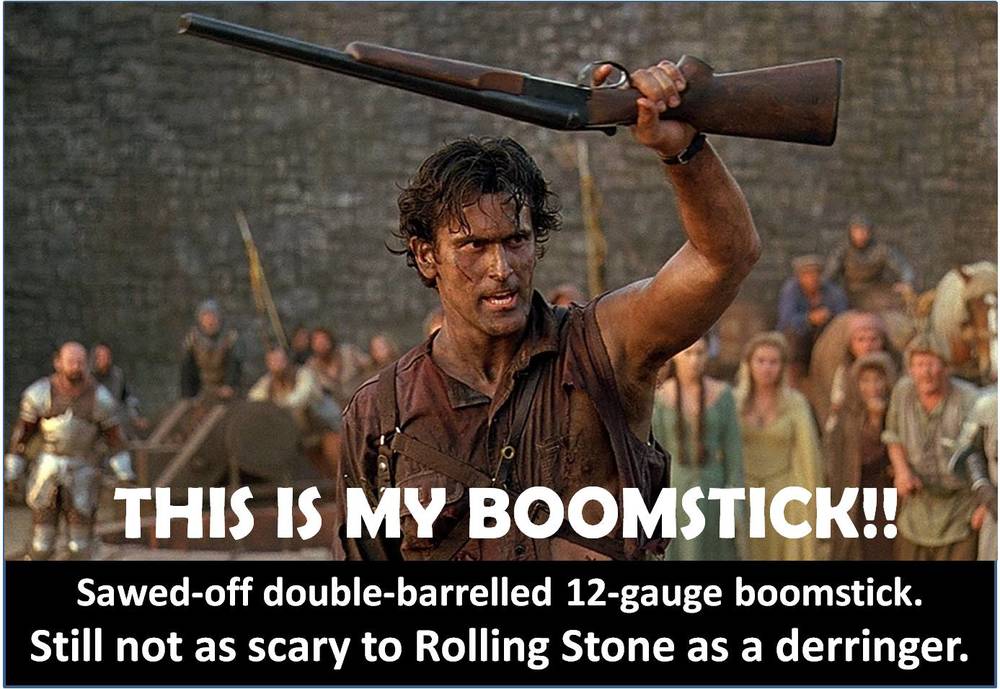 I half expected her to call Shotguns “boom-sticks” and refer to Rifles as “long-distance assault death machines.” Truth be told I could get a college freshman wasted and have him defecate a 500-word description of each category that’s more informative.

At this point, I am searching for anything to redeem this article. I think, though, if there is any actual value to it, it’s the comments section. Much like some of the more amazing Amazon reviews, people have crafted through the power of the interwebz comedy gold which might manage to restore some of your faith in the human race.

Thankfully there were no Ghost Guns, Magazine Clips, or expended AT-4s that freak out a police chief, or some of the other eye-roll-inducing phrases that we’ve come to expect from such an article. That would have pushed Ms. Gwynne’s ignorance into the stratosphere. Still, if Ms. Gwynne was actually paid for this, then I’ve got some beachfront property in Phoenix I want to sell the people at Rolling Stone.

But here’s really the reason the folks at Ranger Up’s Rhino Den are giving Rolling Stone the “Douche of the Week” award. The douchegasm that was this article was written by the ignorant for the ignorant. The article wasn’t meant to educate, or influence, it was meant to jerk off everyone who squeals in terror at the sight of a firearm.

Unfortunately, while this is good for a laugh and perhaps years of shaming Rolling Stone, articles like this do present a danger.  We have all seen in recent years the dangers of uninformed voters freaking out and demanding new gun laws that they haven’t even read be passed immediately. It was written in such a way so that the people who know nothing about guns will freak out about these scary death machines.

Rolling Stone is guilty of fear-mongering at its worst, next time hopefully they’ll just send their writers into random theaters and have them start shouting, “School shooter!!”

That’ll do less damage than their article on the “Most Dangerous Guns in America.”