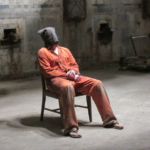 Blackside Productions, the new film-making branch of Blackside Concepts, has recently announced that their latest film, Prisoner of War, has entered post production with an expected release date of November 11th, 2015. Filmed in conjunction with GallantFew, Inc. and Hand Crank Films, the short film was directed by Matthew R. Sanders and stars actor Josh Kelly. Shot on … END_OF_DOCUMENT_TOKEN_TO_BE_REPLACED 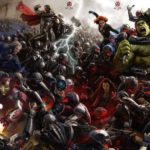 “I'm glad you asked that, because I wanted to take this time to explain my evil plan...” – Ultron _____ Let’s get this out of the way up front.  If you’re a Marvel Universe fan there is nothing which I can say that will dissuade you from seeing Avengers:  Age of Ultron.  As one fan to another I would say that you should see it because as we all know, the Marvel movies build … END_OF_DOCUMENT_TOKEN_TO_BE_REPLACED 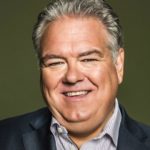 It’s not often you sit down with a cup of coffee and have an hour long conversation with a complete stranger and feel like you’ve known them for years. Unless that complete stranger is Jim O’Heir, who is among the most genuinely nice people in the entertainment industry. Many know Jim for his role as ‘Jerry Gergich’ on the hit TV show Parks and Recreation, which just aired its … END_OF_DOCUMENT_TOKEN_TO_BE_REPLACED 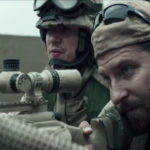 I never used to be someone who watched The Academy Awards, but since I am producing three different projects this year, I figured I should tune in and see what is considered ‘excellent’ in the film industry. Like most of my veteran brethren, I was curious to see how American Sniper was going to fare. Based off the reactions I am seeing on social media… I don’t think I share the … END_OF_DOCUMENT_TOKEN_TO_BE_REPLACED 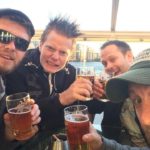 10 Behind-the-Scenes Pics from Nomadic Veterans! by Marty Skovlund In June of 2014, Leo Jenkins and I took off from Denver with nothing but backpacks and one hundred dollars. We had a twenty-one day time cap to get as far as possible, by any means necessary. What for? To raise awareness for veterans transition issues and money for GallantFew, Inc. (which assists … END_OF_DOCUMENT_TOKEN_TO_BE_REPLACED 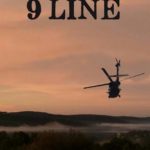 Over several weeks, an incredibly motivated and highly talented small team of passionate persons were pulled together to create a movie called 9 Line. A million lessons were learned in the process and now it’s time to share some of those lessons with the military community. I believe you will appreciate them. First and foremost, the movie 9 Line is a movie inspired by … END_OF_DOCUMENT_TOKEN_TO_BE_REPLACED

The Operatives is a television show aired on Pivot TV. I was excited about this show when I first heard of it but then after watching the first 2 episodes and looking at the trailer for Episode #3, I realized the show is an absolute failure. Intended to be some type of peace loving save-the-world type of show on line with Rhino Wars, The Operatives completely … END_OF_DOCUMENT_TOKEN_TO_BE_REPLACED

Courtesy of our friends at Ranger Up, I was recently able to preview several episodes of the upcoming Fox military-themed situational comedy Enlisted.  Bottom line:  I like it.  And if you have a military background, I think you will like it as well.  But I want to warn you, you might not enjoy all of it, especially the show’s very first episode. I did a little research … END_OF_DOCUMENT_TOKEN_TO_BE_REPLACED