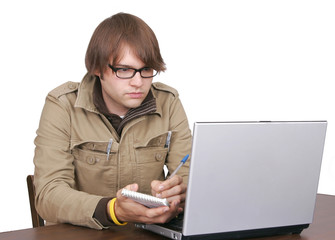 Like most veterans, I was excited to learn that “Range 15,” perhaps the most highly-anticipated movie by, for, or about the military since Sebastian Junger’s Korengal, was finally on the streets.  When I saw that The Hollywood Reporter, a major movie industry periodical, wrote a story about the movie, I was impressed.  “Finally,” I thought, “the veteran community can get some positive press to counter all of this over-hyped ‘dysfunctional veteran’ BS going on in the country right now.

With a title like “Zombie Thriller From Military Vets on ISIS “Kill List” Finds Success in Theaters,” I was sure that the Hollywood Reporter article about Range 15 was going to be the piece that started a new wave of respect for veterans and their ability to reintegrate and find success in American society, even after extensive experience at war.

I should have known better.

From the very beginning, it was clear that there was an agenda at play, and it wasn’t a pro-veteran one:

‘Range 15,’ featuring William Shatner and Danny Trejo, was made by highly decorated U.S. military veterans who encourage moviegoers to bring guns to theaters.”

The folks who made Range 15 “encourage moviegoers to bring guns to theaters?”  THAT’s your lede for this story?  Amazing.  Well, I guess if you’re going to promote stereotypes, the “heavily armed veteran” trope is a good one.

It got a little better before it got worse, but the article concluded with this gem:

The filmmakers ostensibly went public with their concerns when they put the word out that they needed security volunteers, and some in Hollywood, behind their backs, accused them of a publicity stunt, which ticks off Palmisciano.”

Folks, do you know what “ostensible” means?  I do.  And I even looked it up just to make sure I wasn’t getting it wrong.  In “veteran speak,” it is synonymous with “this guy is full of shit.”  As in, “this article by Paul Bond in the Hollywood Reporter is ostensibly about Range 15’s amazing success, but it is actually a hit piece.”  Check it out:

“Seeming or said to be true or real but very possibly not true or real.”  Well, that’s real nice, Mr. Paul Bond.  So not only is this article about successful veterans focused on the “scary” issue of guns, you’re also straight up calling the veterans involved in Range 15 liars and shameless self-promoters.  Folks, let that sink in:  Hollywood is accusing veterans targeted by ISIS liars, and saying that them taking the responsible and prudent step of advising others about the threat is a “publicity stunt.”

Here’s what veteran entrepreneur and Range 15 actor Jarred Taylor had to say about the article:

Here is the nonsense we have faced since starting this project. It continues to be an up hill battle since we have gone so much against the grain, but we knew that getting into this.

We made waves, broke records, connected thousands across the country yet the accomplishments of military veterans making their own movie “our” way and then seeing a theater release wasn’t “enough” of a story for these people. Instead they need to spin it around and turn it into a hit piece.

No Paul, we never said anything about “encouraging moviegoers to bring guns to theaters” you know why? We don’t have to with this crowd. Because they are smart enough to protect themselves all on their own.

When we were told this publication was writing an article about the movie everyone was ecstatic, because this could have opened hundreds of new doors for us in the entertainment world.

Instead this is the angle they chose, so I guess we will continue to do things all by ourselves with our own, likeminded community behind us. Hell, I think it’s better that way anyway.”
~Jarred Taylor

We agree, Jarred.  Veterans don’t need other vets to tell us we’re responsible for our own safety and security.  And it was good looking out to let us know about the threat from ISIS.  To everyone involved in Range 15, don’t worry about the Hollywood haters; the Veteran Community has your back.

And by the way Paul, this movie is a “comedy,” not a “thriller.”  You’d think Hollywood would know the difference.