HomeCultureMovies & TVRogue One: Awakening a “New Hope” for the Star Wars Series 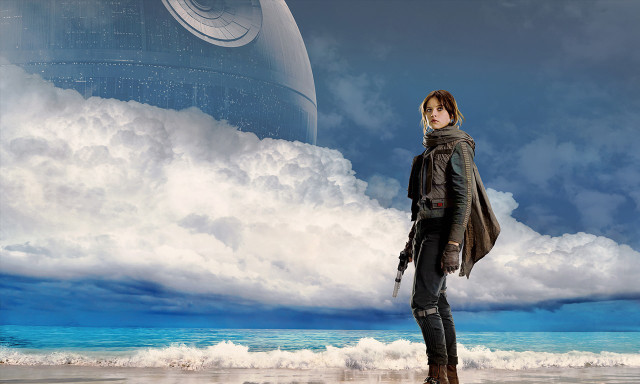 Editor’s Note:  This article first appeared in Ray Guns and Rocketships and is reposted here with the permission of the original author.

SPOILER ALERT:  If you haven’t seen the movie yet, don’t blame us for any possible spoilers in this piece.

Rogue One opened this week and I’m happy to say that the latest installment in the Star Wars series delivered forty-five minutes of the best Star Wars since The Empire Strikes Back.  Please note the distinction because the movie took about forty-five minutes before I really got interested in it.

The story takes place immediately before Star Wars:  A New Hope and serves as the prequel you never knew you wanted.

The setup is interesting and for a moment, it grabbed me – the time-period of Imperial consolidation before the Rebellion is fertile for interesting stories.  Who accepted their place in the new order?  Who sought to break away and why?

The movie starts with those questions and made me think about what it may have been like in 1936-38 Germany.  One character when asked later if they were fine with Imperial flags flying overhead replied, ‘It isn’t a problem if you don’t look up’.  I would have watched an entire movie dealing with that proposition.

But then Rogue One kind of lost focus as it jumped around frantically trying to set the pieces on the board.  There were so many interesting things to see – the Rebel Bunker on Yavin-4 and talk of Rebel discord, black dealings in alley ways, and a firefight in the dusty streets of a desert city which played like a Star Wars version of 2005-06 Baghdad.

There were fascinating sequences which we should have spent more time but just as you started digging into it, the frame shifted to something else.  I remember getting kind of irritated for a few moments.

Once the movie settled down and started delivering, it got way better.  The mission to get the Death Star plans was handled amazingly well and this was where the espionage war story really came into play.

It was an extended firefight which contained acts of heroism, sacrifice, tears, and a space battle which rivaled the big one in Return of the Jedi.  The hand-off between this film and A New Hope was so perfect that I have the first film playing on the TV now.

The actors in the film were good.  Felicity Jones and Diego Luna were good in their roles but not iconic – frankly, I think Daisey Ridley, John Boyega and Oscar Isaac left a more lasting impression as characters in The Force Awakens.  But they didn’t need to be iconic, they needed to be competent and I thought they were.

On the hand, K-2SO – the repurposed Imperial security droid – was clearly the best new character in a long time.  His sarcasm caused me to laugh aloud several times (“I will stand with you.  Captain Andor said I had to”).  I never again want to see C-3PO or R2-D2, K-2SO is now the gold standard for Star Wars droids. Also, anytime you get to see Darth Vader off the leash is quality time well spent.

There is a friend of mine who took issue with the movie – said it didn’t feel like a Star Wars film.  There is probably some truth there given the first forty-five minutes.  But as I sit here writing this review, it occurs to me that Star Wars as a franchise is almost forty years old.

If I had a complaint with The Force Awakens is that it didn’t really feel different enough.  I know that Disney had to bridge the gap and given it was good, I gave it a pass.  Rogue One is Disney’s first attempt to try something new with their franchise and this attempt succeeded in my book.  Rogue One caught my imagination and my money and it will capture yours as well.