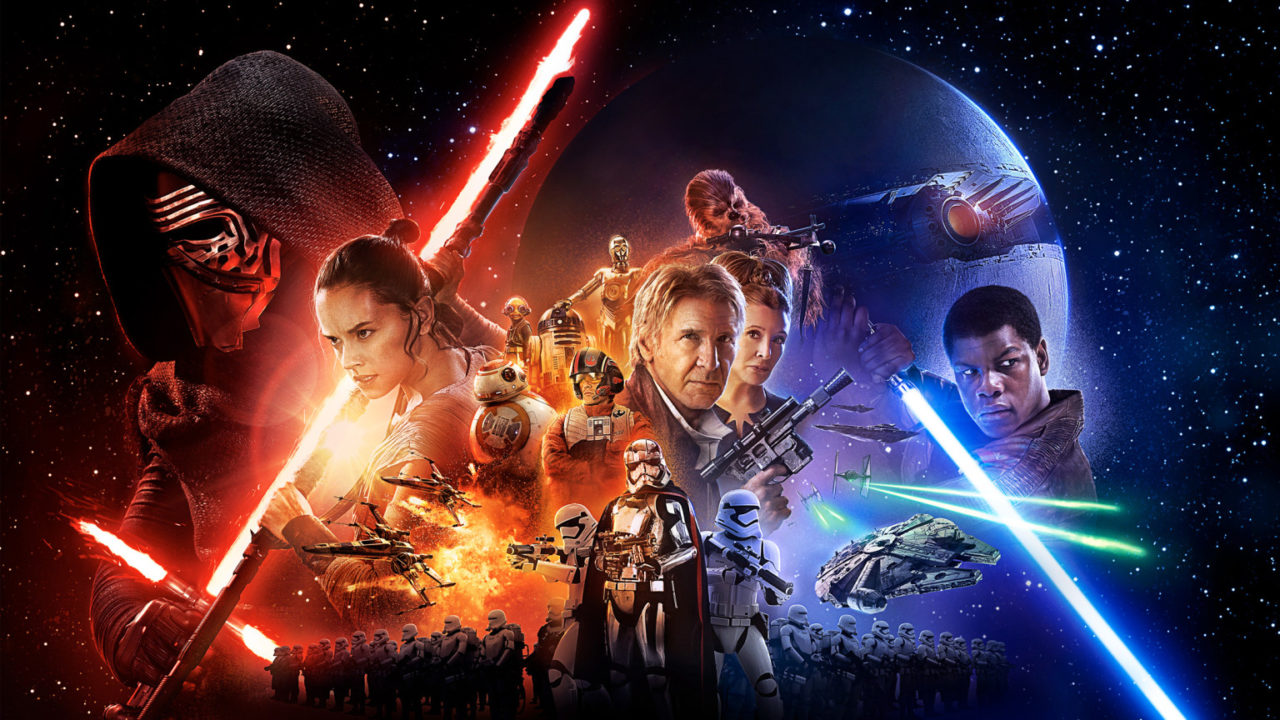 I am a child of Star Wars.  I remember being in the theater as an eight-year boy and utterly amazed at a movie which was unlike anything I had seen before.  I gasped at the pivotal reveal in Empire and frankly, the space battle above Endor in Return of the Jedi still ranks as my favorite cinematic moment.  Luke, Han, Princess Leia and the rest of the gang were my heroes and no film has meant more to me cinematically and culturally than Star Wars.  I believe in God and am a proud Roman Catholic but Star Wars has been my true religion.  I am a true believer whose faith was tarnished by the horrible prequels and terrible books but one hoping to have the whole thing eventually redeemed.

I am proud and not a little amazed to say Star Wars: The Force Awakens redeems the franchise.

J.J. Abrams, partnered with the original Star Wars team of writer Lawrence Kasdan and composer John Williams and backed by the firepower of the fully operational Disney Empire, has crafted something new from something old.  The look of the sets, the sounds and the sights, and the thematic elements you know and love from the first trilogy are back.  Gone are talks of trade disputes and midi-chlorians, and back is time-tested good vs evil and the original mysticism associated with ‘The Force’.   Most important, the entire affair has the right ‘feeling’ of Star Wars authenticity the prequels completely lacked.

The new cast is really good and fits right into the Star Wars archetypes with a little bit of a modern twist.  The face of Star Wars is no longer Mark Hamill, Harrison Ford, and Carrie Fisher – it is Daisy Ridley, John Boyega and Oscar Isaac and I walked away thinking the series is in good hands.  In particular, John Boyega brought a surprising comic timing which wasn’t the least bit out of place and had me chuckling in a number of places.  On the matter of the old cast, they all came off credible as older versions of the formerly beloved characters.

The true star of the movie though was the cinematography.  There were several scenes rivaled and exceeded the original films – and this is where J.J. Abrams makes his mark on the series.  George Lucas is a great technician and a surprisingly good producer but as a director/writer, he is sub par and isn’t in the same league of J.J. Abrams – indeed the student has surpassed the master.   Two scenes in particular, and I will not spoil them, were masterful in the use of lighting and atmosphere and end up defining this entire film – you’ll know them when you see them.

This film is an epic I am certain my children will adore when I take them to see it tomorrow – but I am glad I saw it first because as a child of ‘Star Wars,’ this film promises something Star Wars has never previously delivered.  The original Star Wars was brilliant in that it had no beginning – it gave you some basic setup in the opening scroll and then dumps you into the middle of an intergalactic civil war.  Most first franchise films want to give you an origin story but Star Wars trusts you enough to keep up and because of it, the whole galaxy has a weight and verisimilitude most other franchises lack.

Return of the Jedi really wasn’t the end of the story either.  It gave the watcher a ‘victory,’ but almost immediately people clamored for a continuation of the story – there was a sense there were more adventures to be had with our heroes and though Lucas punted to give us prequels no one really wanted, authors gave us dozens of books of mostly awful quality to continue the story.  Disney was brilliant – they realized everyone wanted more but the books weren’t cutting it.  They pressed reset and they are finally giving us the true continuation of the story.

Ridley, Boyega, and Isaac are great and I look forward to watching their adventures but they aren’t my heroes – Hamill, Ford, and Fisher are mine.  The Force Awakens is a buoyant and adventure filled film but it is also a more adult film – just as I have grown up, so has Star Wars and there is a strong promise of resolution to the original trilogy which suffuses this film.  I have no doubt Disney will tell more Star Wars stories for years to come but for MY Star Wars, Disney is promising something unique in the series – a true ending to the original story.

The version of the story which has been with me since I was eight is going to get a final chapter and I am really stoked to the see the end of the tale.  If you have children, take them to see this movie – Rey, Finn and Poe Dameron are the sort of fictional heroes I want them to idolize.  If you are moving into middle age like me, you owe it to yourself to see this film (and the rest of the trilogy when it comes out) to see how the story ends for our beloved heroes.