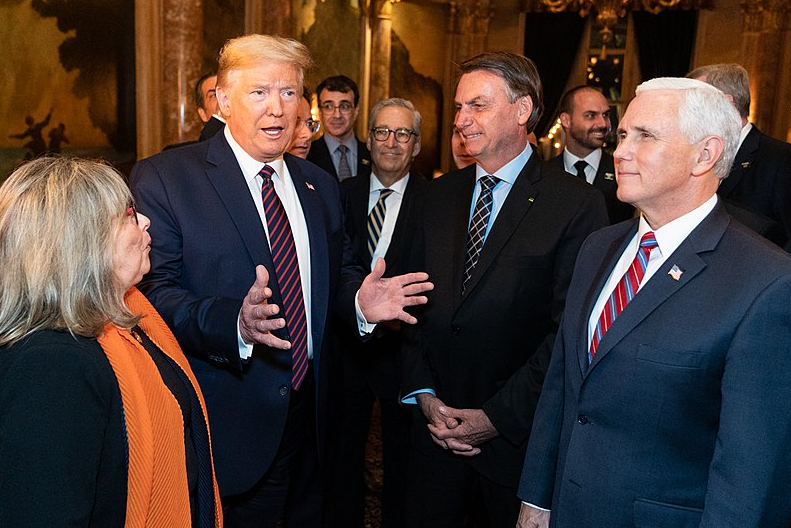 Much has been made of the FBI Raid on Mar-a-Lago. The Department Of Justice’s handling of the investigation, search warrant execution, and releasing of heavily redacted portions of the search warrant affidavit left us with more questions than answers.

Here are the questions I have, along with some observations.

First off, about me. I’ve been in law enforcement for 22 years. I’ve spent more than half of that time as an Investigator or a supervisor of investigators. I have written, reviewed, or been involved in some way with hundreds of search warrants. From authoring them to the actual service of the warrants. I am very familiar with the sealing process of warrants at Federal and State levels from working gang, drug sales, human trafficking, and child exploitation cases where I have been involved in the sealing of search warrants.

A few definitions are needed in order to discuss this. A search warrant is a document written by either a law enforcement officer or prosecuting attorney that is signed by a judge. It allows the affiant (the person who wrote it) the ability to seize and/or search something, a cell phone, a place of business, or a residence. It contains an affidavit which is the portion where the author spells out his or her qualifications, explains their investigation and lays out the necessary, required probable cause to seize and search the item or items listed in the warrant. The author can request that some portions of the warrant be sealed (more on that later).

Regarding the Mar-a-Lago warrant, the Department Of Justice needs to answer the following questions:

This is an important point. Given the shady FISA warrants the feds pushed through during the “Russian influence in the 2016 elections” cases, where the probable cause was based on faulty, unverified information, this is important. A politically motivated search warrant author may be tempted to perjure themselves to get a warrant signed.

In law enforcement, there is a term known as, “Judge Shopping.” This refers to seeking out a judge who is more likely to sign your warrant. If it’s done for the right reasons, such as expediency, it is ok to do. On the other hand, if a judge is chosen for political reasons, it is not.

In a worst-case scenario, a politically motivated search warrant author paired with a like-minded judge can authorize a search against a person, place, or thing for all the wrong reasons.

As far as sealing search warrants, the DOJ needs to provide an in-depth explanation as to why this warrant was sealed. Warrants are sealed for two main reasons. One, to protect ongoing investigations, and two to ensure the safety of informants and ensure their future usefulness.

For the first reason, protecting ongoing investigations, I’m not sure what investigation would trump (pun intended) an investigation of a former US President. This is usually reserved for investigations of criminal organizations like drug cartels and gangs. I don’t see this applying to the Mar-a-Lago warrant.

Reason two, ensuring informants are safe and useful in future operations. I don’t believe that applies either. If someone informed on a former president, it is highly unlikely his or her life would be in danger. And, if there was any reason to believe that they were in jeopardy, they could be placed in the Federal Witness Protection program. As far as usefulness in future operations. I just don’t see it.

Most judges I’ve worked with understand that sealing some or all of a warrant is sometimes necessary but, they prefer it done only when necessary. Some judges will only allow limited portions to be sealed. So, it’s not a step to be taken lightly.

Next question for the DOJ, who handled the recently released redactions? It looks like they own stock in the Sharpie pen company, given how much has been lined out. Trump’s lawyers are asking for an independent review of the affidavit compared to the redactions. This is a fair request. Whether we like it or not an important aspect of the criminal justice system is that a suspect has the right to confront his accuser. This includes being privy to all allegations against him and who is making them.

If there’s nothing to hide, and the affidavit contains sufficient probable cause based on supportable facts, then release it! Prove the naysayers wrong! I’ve made a career of putting bad people behind bars so, with that in mind if former President Trump broke the law he needs to be punished. That way there won’t be any concerns that the timing of the warrant execution wasn’t done to affect mid-term elections or possible future presidential elections.

As a sidebar, I work with FBI agents in Human Trafficking and Child Exploitation cases and have found them to be professional and above board. But it’s a big organization, with a long history of targeting political enemies in America. It only takes a few rotten eggs to spoil the whole bunch.

And, in closing, a comment. When you view images of the scales of justice, you’ll notice that Lady Justice is wearing a blindfold. The message, justice is blind. If the former president possessing classified material is a crime, then Hillary Clinton is also culpable for not only possessing it but also destroying evidence (a separate crime). Selling political influence to the highest bidder (i.e., the “laptop”) is illegal as well and, arguably more dangerous to the security of our nation.

So, DOJ, answer the questions, reveal the contents of the warrant, and let the American people decide. This is the most significant criminal case in American history, so the highest degree of transparency is required. Remember, you work for us and that’s what we want.