HomePoliticsMar-a-Lago and What This May Really Be About 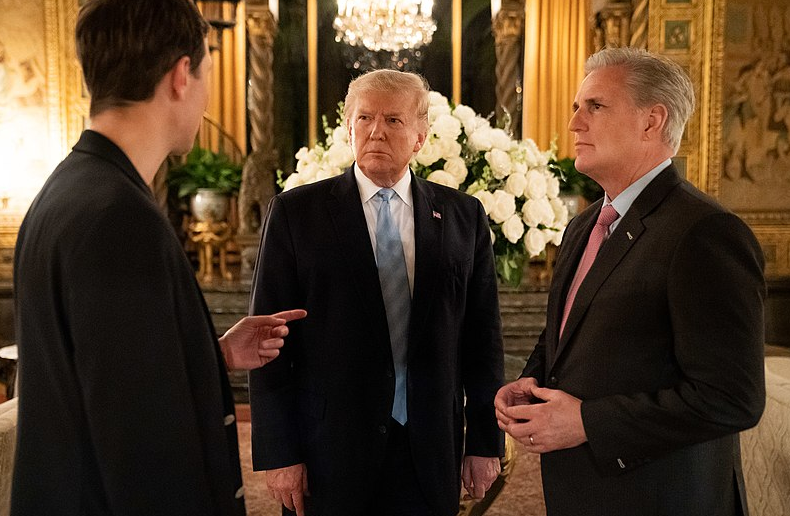 There are many unprecedented and deeply troubling aspects of the raid on former president Trump’s Mar-a-Lago residence. The DOJ must perform impressive legal gymnastics to prove its case beyond a reasonable doubt, even in a pervasively biased judiciary like the D.C. District Court. The primary element of the raid centers around the handling and storing of classified materials by the former president. A fellow writer discussed this in another article, but there is more to this story. This article is simply the assessment of an “internet esquire” with a national security background. Still, several highly respected legal scholars like Alan Dershowitz and Jonathan Turley have made similar assertions based on their expertise and experience. Similarly, numerous national security experts have also come to similar conclusions related to the issues related to classified materials and presidential authority.

First is the Presidential Records Act. In this legislation, a former president can claim executive privilege over numerous documents and other media forms from their presidency. Like almost all of his predecessors, Trump has exerted executive privilege over multiple documents and communications during his term. However, the incumbent president can dispute these assertions, and the Attorney General must go through legal proceedings to refute these claims of privilege. Unfortunately, Biden has done so on several occasions, specifically related to the January 6 hearings, in which the D.C. courts ruled against Trump. This latter part works in the DOJ’s favor in justifying the raid. Still, it opens the door to legal challenges if the FBI seized anything uncontested during the execution of the warrant. An improperly executed warrant could taint an entire case resulting in a dismissal. This component will become relevant later.

The second is Executive Order 13526. This E.O. is the foundation of the DOJ’s actions at Mar-a-Lago in the heavily redacted affidavit. Again, the DOJ asserts that Trump illegally retained, handled, and stored classified materials. However, this is where the case begins to fall apart. A president is the ultimate classifying (and declassifying) authority of sensitive materials, regardless of the level of classification. A president can ultimately declassify anything he wants, even in the face of opposition from the original classifier, the cognizant agency, the Director of National Intelligence, or the Director of the Information Security Oversight Office. There is a process for a president to do so, but even an informal act stands. However, one cannot publically release disputed declassified information if it is involved in litigation… like being the subject of or evidence in a criminal case.

Before he left office, Trump declassified numerous documents, some of which he stored at his private residence. Many of these were related to the Russiagate scandal and FBI malfeasance, which brings into question possible underlying motivations for the raid. To that end, it is illegal to classify anything that “conceals violations of law, inefficiency, or administrative error or prevents embarrassment to a person, organization, or agency.” If the classified materials seized included the Russiagate information, the originating agencies should have never classified them, and again, this undermines the validity of the assertions in the affidavit.

In addition, the selectively redacted affidavit brings into question what the FBI seized and what, if any, national security threats the former president with the highest level of security clearance could pose possessing them. Similarly, one of Biden’s first executive actions was to reclassify the documents Trump declassified, which is not in reality that easy of a process. The incumbent president must patently prove that the information must remain classified or reclassified in an ongoing national security interest in an arduous and lengthy legal and review process, which the Biden Administration did questionably per the law.

The third is classified materials storage. The substance of the affidavit also appears to be the improper storage of the classified materials in Trump’s possession. However, there are reports that several government agencies of varying responsibilities signed off on the upgraded security measures at the Mar-a-Lago storage facility, Trump’s private office, and the residential wing. An entry-level attorney could effectively argue that any facility that houses a former president and is protected 24/7 by the U.S. Secret Service would be a sufficient equivalent to a SCIF (sensitive compartmented information facility). This aspect of the case is rife with disingenuousness and intellectual dishonesty. Still, it is challenging to rebuff this in front of a biased judiciary with limited knowledge or understanding of EO 13526.

Next is mens rea, or “intent.” Trump did not pack, transport, or place into storage all the presidential documents at Mar-A-Lago; The GSA (General Services Administration) did. Trump could reasonably claim he was unaware of what those boxes contained or their classification level. The FBI and DOJ established the precedence for not filing charges or seeking prosecution where the intent was in question during the Hillary Clinton case. If the FBI and DOJ did not criminally pursue the former Secretary of State but did the former president (who has far more authority to possess and declassify sensitive material) for the same crime, that is called selective prosecution. An objective judge could toss this case over this alone, but it weakens other possible defenses, such as executive privilege and presidential authority.

Finally, and the most substantive argument, is stare decisis from Judicial Watch, Inc. v. Nat’l Archives & Records Admin. (2012) related to NARA’s responsibility to collect and give access to certain presidential records. The conservative watchdog group Judicial Watch sued the federal government for access to roughly seventy hours of audiotapes retained by former president Clinton. The DOJ argued (on behalf of NARA) and won because the judge ruled it would be unprecedented and that a president’s discretion on what is personal versus official records is far-reaching and solely his, as is his ability to declassify or destroy records at will.

The presiding judge wrote: “Under the statutory scheme established by the PRA, the decision to segregate personal materials from Presidential records is made by the President, during the President’s term, and in his sole discretion. Since the President is completely entrusted with the management and even the disposal of Presidential records during his time in office, it would be difficult for this Court to conclude that Congress intended that he would have less authority to do what he pleases with what he considers to be his personal records.”

In closing, this case appears to be three-fold. First, conceal whatever was in those documents, most likely government malfeasance in the Russiagate scandal, by tying it up in litigation. Second, taint Trump and anyone he has or will endorse in the next two elections. Third, dig up anything they can to prosecute him. “Show me the man, and I will show you the crime.” There are several other criminal and civil investigations into Trump, and the FBI/DOJ worded the warrant to include the discovery of  “any other crimes.” This broad scope for evidence collection by a law enforcement agency with a troubling history of political bias and corrupt practices is highly alarming and should warrant independent review.