HomePoliticsInternationalTrudeau, Truckers, and the Tomb of the Unknown Soldier 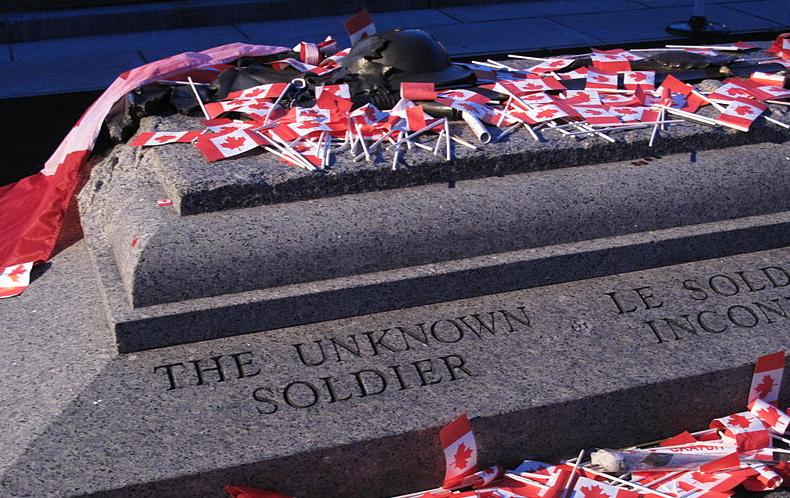 As the whole world is aware by now, Canadian truckers held a bit of a protest here in our nation’s capital and at multiple border crossings with our southern neighbor over vaccine mandates, COVID restrictions, and their freedom of rights at guaranteed to them in our Charter of Rights and Freedoms in Canada.

Now, the question is: How pissed off do Canadians have to be to protest in this magnitude? We shut down border crossings in Windsor Ontario, Emerson Manitoba, Coutts Alberta, and Surrey British Columbia. Not to mention the main street in front of our Parliament buildings in Ottawa. I would say they were a little upset. Traffic was brought to a standstill and horns blared.

I personally am very critical of our government and the lack of action they took to quell this protest. My humble opinion is that if the Prime Minister of Canada (PM Justin Trudeau) had come out, met with the protestors, actually listened to their concerns, and had an action plan he could have diffused the whole situation. Again, this is my opinion. Instead, the PM doubled down on name-calling, labeling them misogynists, racists, and a “small fringe minority with unacceptable views.” So the truckers dug in. All too conveniently the PM got COVID, on the day the truckers arrived in Ottawa and couldn’t meet with the truckers or perform his duties as PM for a couple of days. But, when he returned it, was with a flurry of name-calling and demonization of the Freedom Convoy that had set up out front and at border crossings.

During the early onset of the protest, I saw on TV something that made my blood as a Veteran boil. Someone had the nerve to perch themselves on the Tomb of the Unknown Soldier and cry “Freedom.” Fuck I was angry! How fucken dare they do this!! Our Tomb is not the same as the Tomb in the United States, it is not under 24/7 guard. There is a ceremonial guard during the summer months. They have rifles but no ammo. This is where my friend Nathan was killed in Oct of 2014 when a lone gunman shot and killed him then ran across the street to parliament before he was shot and killed. That’s a story for a different time. So needless to say this is sacred ground to me and every other Canadian Veteran.

In response to this, Veterans again answered the call and put their own sentry on the Tomb. Veterans from the Capital region and others traveled in to stand on guard at the Tomb. The Government’s answer was to erect a temporary fence around the Tomb and the War Memorial. More Veterans arrived daily and they decided the Tomb didn’t need a fence as long as they were there and took it down, piled the fence all nicely, and informed the Ottawa Police Service that the Veterans would guard the Tomb and ensure that no one fucked with it. The media reported to Canadians that protesters who appeared to be Veterans tore it down. Utter bullshit! A lot of the people were wearing their old berets and medals, Veterans group vests, or other regimental affiliation. There was no doubt that these men and women were veterans.

The Veterans held true to their word. 24/7 there was a minimum of four Veterans around the Tomb and others in a heated tent off to the side away from the Tomb. They held firm there, shoveling snow off the Tomb and the memorial. They held firm until the police arrested them and hauled them away in handcuffs. Yep, Veterans guarding the Tomb of the Unknown Soldier in Canada were handcuffed and hauled away by riot police. It was a sad day for me and Canada.

The PM enacted the Emergency measures act, which used to be called the War measures act. Now for a perspective on the Emergency act/war measures act, in Canadian history, the act has only been enacted 3 times previously. World War 1, World War 2, and the Front de Liberation du Quebec (FLQ) Crisis in 1970. The FLQ crisis occurred when people kidnapped and killed the Quebec Minister of Immigration. Coincidently the PM at the time was PM Trudeau’s father. The War measures act became the emergency measures act in 1988 and has not been used until now. It changed due to the enormous overreach the war measures act had on average Canadians. Now we have a fourth time in our history, a time and uprising of honking horns, bouncy castles, street hockey, and dance parties.

After 20-plus days of the protest the PM called in the riot police and informed the protesters that they could leave or go to jail, staying was not an option. Trucks would be towed and people arrested. A lot of the “arrested” were driven out of town and set free in a shopping mall parking lot. The organizers were arrested and are still in jail. One has been denied bail and at the time of writing this, the other is waiting to hear on his bail. Coincidently, the judge who denied the bail of the one leader had run as a politician in a federal election under PM Trudeau’s liberal party. I am sure it is just a coincidence right?

Two days after the act was enacted and after riot police beat up, trampled, and arrested over 175 people and towed countless vehicles the protesters were gone from parliament and a fence that totally locks down downtown Ottawa is still in place and as a veteran, I cannot go to the Tomb even if I wanted to. It is a sad time in Canadian history.

All of this could have been avoided if our PM had just talked to people instead of talking down to people.