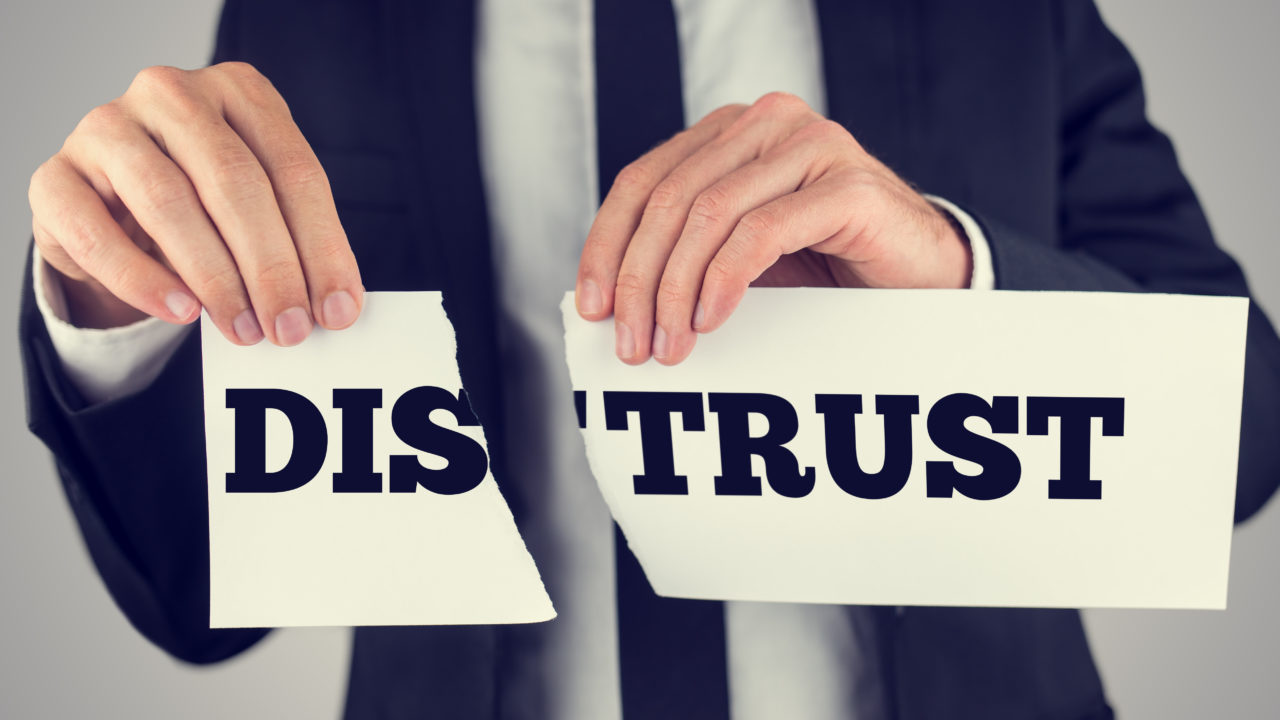 A Different President, The Same Conversation
By John Chandler

Originally published in November of 2016.

Since the election results were announced, I have heard of two conversations that sound remarkably similar, although I am sure different versions of it have played out across the country in recent days. The first was between a fifth-grade student in Texas and his science teacher. The student asked his teacher “is he [Trump] coming to get me?” The teacher responded “no young man, he’s not. You’re a citizen, and you belong here.” The second version took place in New York during of Trump’s recently announced position on gun ownership. An 8-year-old child in the room listening said “someone at school said that Trump is going to come arrest us.” One gentleman spoke for the rest of the group and said “no one’s getting arrested dude. That’s what the guns are for.”

We have a different President, but we should have the same deep distrust of “big government.”
Social media has been equal parts conservative confetti and liberal tears since the election with roughly four messages repeated in different ways. The first two can be fairly accurately summarized as “no this didn’t happen. Hillary won the popular vote” and “suck it libs, we told you this would happen.” Neither is particularly interesting, and neither will be addressed here.

The other two are “this administration is a threat to our civil liberties and demands immediate resistance” from the Left and “let’s wait and see what happens before we do anything rash” from the Right. Both are worth considering especially because we have heard them before over the last 8 years.

The surprising results of this election left many on the Left wondering if they would have a place in an America under President Trump. Fear and anger led to protests around the country, some of which are still ongoing. Liberal fears of a tyrannical executive crushing Americans’ rights and liberties should be familiar to Republicans, since members of their own party have been making similar claims about the Obama administration for the last 8 years.

Police departments and sheriffs pledged not to enforce Federal gun control laws, some went so far as to announce their intention to arrest Federal agents who did. Talk of “when Obama comes to take all our guns” abounded. The going theory was that people would be rounded up and moved into concentration camps run by FEMA. The proposed solution was armed resistance. Fast forward to last Tuesday, and those same people have fully shifted from being afraid of the Federal Government to giving it the benefit of the doubt. That’s a terrible idea.

Imagine you found a rattlesnake in your kitchen. Knowing what you know about rattlesnakes, you would probably be afraid of it. Now imagine the rattlesnake is wearing your favorite NFL team’s jersey. Would you be less afraid of the rattlesnake? The capabilities of the Federal Government have not changed, but many of the people driving them soon will. A Federal Government run amok trampling on the rights of individuals is unlikely to stop and is therefore a threat to everyone, red or blue.

If the Republican Party truly believes in the virtues of limited government and the hazards of a government that has nothing to fear from its people, then Republicans should be just as concerned as their Democrat counterparts. Anyone who has used the word “sheeple” in the last 8 years and is now saying “give Trump a chance” is either a hypocrite or a fool.

The problem is that each side is as afraid of the other as it is of the government. Liberals are just as afraid of Trump supporters as they are of Trump, the theory being that Trump’s election legitimizes dangerous viewpoints. Conservatives have pointed to riots, property damage, and violence against Trump supporters as new reasons to fear the Left. The myriad divisions in America mean that a movement to severely restrict Federal power is unlikely, so what is the solution?

In a delicious twist of irony, the Koran has a passage that may be just what America needs: “and whoever saves one – it is as if he had saved mankind entirely.” The Bible and the Talmud contain similar verbiage. Why does this matter? Because of the simple fact that the Federal Government cannot heal the divisions in America today. It has too many enemies, and these problems do not have a one-size-fits-all solution. These are local problems that require local solutions, from multiple perspectives, and that means Americans taking responsibility for their own country.

Taking a video of a hate crime not only does not solve the problem, it often makes it worse by perpetuating stereotypes with anecdotal evidence. Stepping in and stopping it or at least sharing in an ass whooping helps solve the problems that establishment politicians are exploiting to get themselves elected.