HomeNationVeteransWinning the Battle at Home: Transforming Anger into Motivation 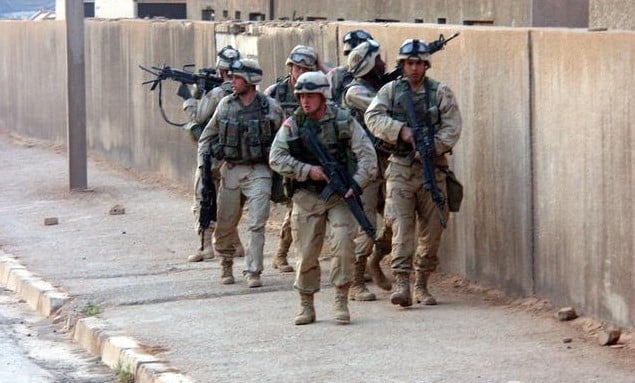 January of 2006, my flight home from Iraq came up fast! Of course, like every other combat veteran, I was scared shitless of my last couple of weeks of operations. Any combat veteran will tell you that the last month of deployment is the most dangerous because complacency sets in: looking forward to going home, making plans, etc. When we finally took for home, there was loud applause on the plane. Finally, heading home.

Our first leg home was landing in Dublin, Ireland. We had a long layover so the plane could be refueled and refit with supplies for the rest of the flight. Bars were open, and we were allowed to grab a drink. As you can imagine, it wasn’t just one drink. It was several. We all stumbled back on the plane, and I slept the rest of the ride home. We landed at Ft Dix, NJ. Another loud applause from the company. We really made it!

We got to our barracks and downloaded our gear. The next few days were mostly downtime and out-deployment processing, otherwise known as DEMOB [demobilization]. At one point, the entire unit had to go to a briefing held by the VA. During the brief, one of the VA reps said to us, “If you don’t feel ok or need some help, please tell us. We are here to help you. Once you tell one of the counselors that you need help, you will remain on base while we conduct an assessment.” Do you think anyone was going to admit that they were having issues? Only one soldier admitted he was having issues, and while we all went home, he stayed on base. We later learned that he was placed in a platoon of soldiers who were deserters, injured, or not fit for combat duty. He was treated like crap by the command of that unit. Do you think that soldier became better? Nope. He got worse. We lost contact with him eventually. I only hope he got better.

We arrived at our home station a couple of weeks later. There were friends and family waiting. Big signs welcoming us home. It was nice. I got off the bus and got a ride home. I didn’t tell my family that I was coming home because I wanted to surprise them. I got home and knocked on the door. My brothers and sisters answered and the house ignited with excitement. I finally made it home.

This was when things started to go wrong…

I felt out of place. I was on edge. I had no purpose. My sister told me, which I have no memory of, that she would come to check on me late at night, and I’d sit on my bed staring at the blank wall in front of me. I would sit on the couch, and the TV would be off and I’d just stare at the screen. One night she turned on the TV and sat with me all night.

I do remember driving around my town, and one day, a car started tailgating me. The woman driver was honking and giving me that good old middle finger. I remember looking at my speedometer and seeing that I was traveling the speed limit. I had no clue what I could have done to be subject to such aggression. My anger just skyrocketed. All I thought was that I had two soldiers get killed right in front of me a month or two prior, and this is what I came home to.

I slammed my brakes and got out of the car with a bat I had in the trunk. The lady took off horrified because I can only imagine the look I had on my face. My son said, “You have murder eyes when you get mad.” So I guess that was the look. I’m surprised I didn’t get the cops called on me, or if I did, they didn’t follow up with me.

As the weeks progressed, my anger got worse. Anything would set me off, from my minor pet peeves to not remembering why I got mad. I remember I would argue with my siblings, just everyday sibling bullshit, but at some point, I snapped and punched holes in walls, threw chairs and furniture around, or anything else within my reach. My bedroom had so many holes that my father hired a contractor to redo the walls.

In retrospect, I was trained to use extreme violence and aggression when combating the enemy. The Army never taught me how to turn that off. This was all I knew. I perceive a threat, and I act in kind. I react with Speed, Surprise, and Violence of Action.

Before I get into this next story, those who have read my previous articles will understand my feelings about my family and community. I grew up in a Muslim household, we escaped civil war in Lebanon and Liberia, and my parents were unhappy that I joined the U.S. Army. Community members called me a traitor, and my parents did not stand up for me. I had to do it all myself. So, this next story will be understood by those who have read my articles.

I was helping with the dishes one day. My mother asked me about my time in Iraq, and I did not want to talk about it because I was uncomfortable talking to them. At one point, she said, “YOU KNOW IF YOU KILL A MUSLIM, YOU GO TO HELL.” I don’t remember my response or what I did. I most likely blanked out with rage again and broke something.

My father, out of nowhere, wanted to meet me to meet him at a coffee shop with my uncle. He asked me why I was so angry. My only response was, are you kidding me? Do you know where I have been? What I have been through? I wanted to open up, but I knew it would not have gotten anywhere because of my previous conversations with them and how I was treated when I joined the Army.

A few months went by, and I was still angry, still without purpose. I had nowhere to channel the rage that had developed in me. This Lion suddenly awoke. This Lion was held in a cage by modern-day society but is now unleashed. I felt insane. One of my favorite quotes was said by Morgan Freeman in the movie Wanted. “Insanity is coasting through life in a miserable existence when you have a caged lion locked inside and the key to release it.”

The police exam came up. I decided to take it. I needed purpose. I needed a new mission. I needed to feel like I was a part of something bigger than myself. I remember sitting at a desk at my old job, staring at the wall. I finally concluded that I was wasting away. Listening to civilians bitch and moan about the most minor things. These same civilians, when I went back to work, said to me, “YOU LOOK LIKE YOU’VE BEEN THROUGH HELL.” No shit, I thought. Where do you think I’ve been for the last 18 months?

I took the exam, passed it, and was in the Police Academy a year later. During the process, I was treated the same way by my family. The same crap, the same language of disappointment. My mother said, “I WILL NEVER SUPPORT YOU.” I figured it would be like that.

Here is the thing, I decided to channel that anger and make it productive for me. I decided to convert that anger into a type of determination that would push me to limits I didn’t know I had. I pushed beyond those limits. I kept pushing myself to excel, to be the best I can be. My anger turned into determination, resilience, and resolve. Nothing could stop me from achieving my goals. Nothing. I remember that at one point during the academy, I had a hairline fracture in my foot. I couldn’t run for a few weeks as a result. I was in a cast and sat on the sidelines as my platoon would get smoked and run over 5 miles. I felt bad. So, I decided, about a week or so later, I would take off my cast and run with my platoon. It was that drive that I had developed, that warrior spirit. That Lion was uncaged. One of my police drill instructors, during my graduation ceremony, said to me, “YOU ARE PROBABLY THE MOST MOTIVATED MAN I HAD EVER MET, AND THAT MOTIVATES THE FUCK OUT OF ME.”

I graduated from the academy, and it was a proud moment for me. My family got to pin my badge. My father and uncle were invited, and my dad was supposed to pin me. I said supposed because he showed up late and after the ceremony had concluded. Do you know who ended up pinning me? A family friend I had invited. I was both embarrassed and disappointed. Yet again, like graduating boot camp, I didn’t have my family in my corner. So, I was still alone and angry.

In the end, what I’ve learned is to channel that anger into something positive. The things I have accomplished are not because of family support. It was because of my own self-taught drive. This drive in me that continues to pump is a part of me. This anger is a part of me that I’ve learned to channel. That’s my message to every service member, fellow veterans, and police officers. Use that drive. Make it productive and not destructive. I don’t know where I would be if I continued down the path of destruction.