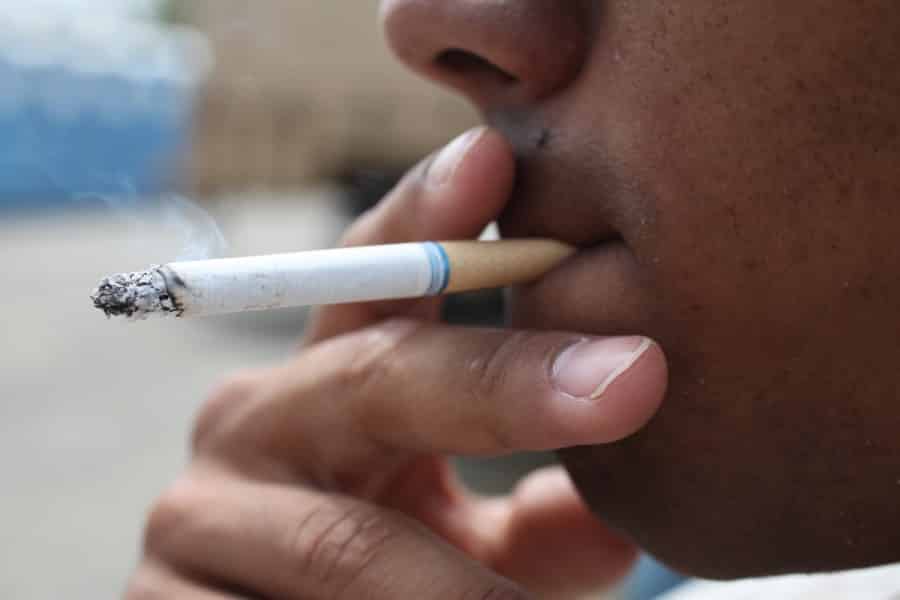 For Eighteen years the American military has fought the Taliban, al Qaeda, and ISIS from the Hindu Kush to the Philippines Seas and most lands in between. The one common denominator between those Jihadi scum is their view on smoking cigars. They are militantly anti-smoking, as in cut off your fingers for smoking, anti-smoking. One of the first things people do when they see Americans rolling into villages after thumping ISIS or al Qaeda or whoever, is to light up and enjoy the right to ‘smoke them if they got them’.

I was told repeatedly as a young officer that there are no atheists in the foxholes, and went on to observe there are no non-smokers there either. The closer you are to fighting infantry the more uniform their behavior regarding smoking becomes.

This is is with great mixed emotions I make the following announcement: On 1 October, at every Veterans Administration Facility in America, all smoking and smoking related products will be banned. The ban will include parking lots and facility grounds and will be enforced by the VA police who issue tickets on behalf of the Federal Court. Try dodging one of those and the Men in Black show up to shoot your dog and yoke you up for smoking a cigaret.

As a local VSO (veteran service officer) I frequent VA facilities throughout the Rio Grande Valley. I see the occasional smoker in the designated smoking areas and have never seen anyone smoking in a non-designated area. This new directive is addressing a problem that is not evident, and using the iron fist of Federal law enforcement to isolate, alienate, and eventually incarcerate the most vulnerable in the veteran population.

Most veterans, like most people, understand that smoking is no longer popular or considered acceptable behavior in public places. Most will comply with posted signs prohibiting smoking. Those who ignore those signs and refuse to refrain from smoking on private property have a problem, but it is not tobacco addiction. They have other issues and the last thing they need is a federal police officer in their face issuing them a 300 dollar fine they cannot afford to pay because they felt like having a smoke.

Somehow I’ve ended up being the co-chair of the local VA system Management Advisory Council, and I have been doing it long enough for the members to anticipate my reaction to a policy like this. They were hesitant to bring it up, when they did everybody in the room looked at me.  I was smiling, trying hard not to laugh out loud, struggling to regain what passes as composure for me these days.

Eighteen years….. was how I started, and rejecting the temptation to  describe my minor contributions in reducing the number of Islamic Harm Reduction Totalitarians during delightful sojourns in Afghanistan and Iraq I focused on the point.

That point is this new rule has nothing to do with smoking. It is an obvious attempt to force compliance on a small segment of the population that the mandarins running the VA find deplorable. I used deplorable on purpose too just in case anyone was slow on the uptake.

The VA maintained that their concern is exclusively veteran health which is why, in addition to throwing the full weight of federal law upon the head of hapless Vets, they now offer smoking cessation classes,  5-days a week.  Having declared a smoking jihad the VA decided that Vets can even bring their spouses to smoking cessation class where they can participate for free.

If smoking cessation classes actually worked that would be a fair point, but they do not work, and that is a long-known inconvenient fact.  Being rather pedantic on the “fact-stuff” I pointed out there is a drug with over 80% success at treating life-long smokers with just one application. Some of the VA folks knew where I was going and hung their heads because that drug is psilocybin. Here is an abstract from an NIH study conducted at John Hopkins in 2014 telling you all about it.

The number one health problem facing veterans (and non-vets) in the Rio Grande Valley is morbid obesity and the resulting problems of diabetes and hypertension. If there were a way to magically remove the excess lipids in every human within 100 meters of our meeting we could have  (in theory)  built one hell of an elephant with which to remind people reality has a vote in the affairs of humans.

The signature injury of the current war is low testosterone in the men who fought it. Is the VA doing anything about that? No, of course not;  in America  cutting edge therapy that address hormone imbalances, addiction, PTSD, Insomnia, chronic orthopedic problems, and Traumatic Brain Injuries are only available to the wealthy and connected. You can listen to hours of discussions about new innovative treatments for those problems on the Joe Rogan podcast. But to access the treatments you need to make Joe Rogan money.

Harm Reduction Totalitarians are annoying, joyless, pale creatures who could be dangerous in countries with a feminized culture and unarmed citizenry. Here Harm Reduction Totalitarians remain a source of amusement because they are crazy people. What are you supposed to do when a 350 pound bald man tells you that smoking will ruin the quality of your life? If your answer is to laugh I’m warning you right now that is a bad move. Fat shaming is as bad as dead naming and you wouldn’t call Bruce Jenner, Bruce would you? Actually his son did say that in an interview and even he caught social media shit for it, but that’s not the point.

The point is it is time to make a stand for freedom. I know how to do that too so in support of the millions of muslims liberated from anti-smoking tyranny by the American armed forces I’m going to start smoking. All the right people hate it so it must be the right thing to do.

This was originally published on Free Range International and shared on The Havok Journal with permission from the original author.