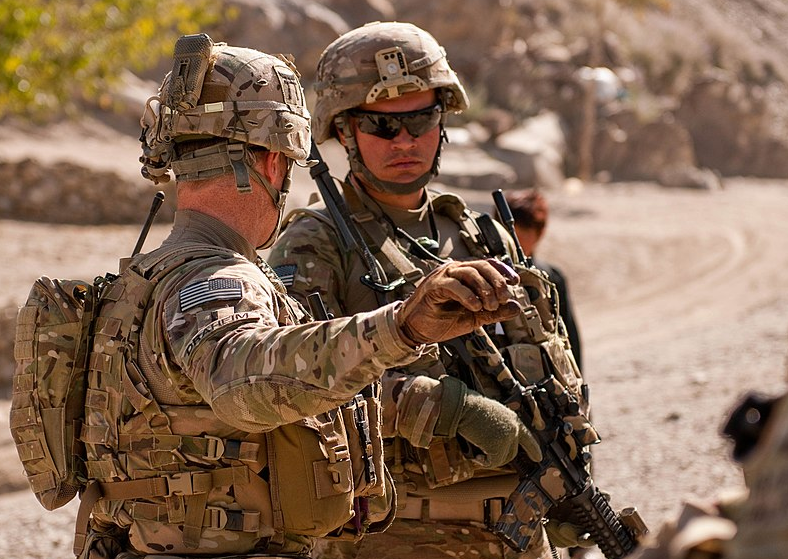 This first appeared in The Havok Journal on August 22, 2021. A year after the U.S. withdrawal from Afghanistan evokes strong feelings from many veterans. This is an epilogue to Chris Otero’s 6-part series “Six Reasons the Taliban Won Afghanistan”–they are well worth the read. Check them out below.

Now that I have written eight thousand words about what led us to this moment, I think I will close with some quick thoughts about where we are now and what I think the future holds. Doing this, I find myself in the weirdest position. For the last ten years, I have labored under an absolute certainty that this was going to be the outcome and I was right. But now I am just a person guessing about the future of a place on the other side of the world so just take it for what it is, an educated opinion.

1.  I didn’t expect the Afghan Army was going to collapse as rapidly as it did. I gave it a year and once the final act arrived, it last eleven days. Naturally, I don’t have a high opinion of it. But one thing to consider is that the United States hasn’t had a significant presence on the ground in years and it has been those Afghans in the field contending with the Taliban. Afghan Security Force deaths were an official secret, but many sources place them around 70K with the majority in the past three years – this is a force much smaller than our own.  As a point of comparison, we suffered about 6K deaths in the 20 years of Iraq and Afghanistan total. That is something to consider when evaluating why they failed.

2.  The Taliban victory may have been inevitable but how it happened deserves a giant caveat. The forces contesting the Taliban’s advance were obliterated – they simply conceded the space once it became clear that the Taliban were going to win. That is important because when you look at the list of personalities that gave up, it is some of the most powerful and storied fighters in Afghanistan. These are the sorts of guys that can mobilize a resistance just as quickly as they dismissed it and the Taliban know it. It is going to be interesting to see where those guys wind up.

3.  I know some people are going to see red when I say this, but the Taliban of 2021 aren’t the same Taliban of the nineties. They are the same regressive regime with the capacity for horrible violence – but that hasn’t been quite their predominant mode of operation in a long time. In the 90s, the Taliban marched across the country on a wave of genocide, beheadings, and mass executions. But the last twenty years, the Taliban have advanced by building consensus and favor out in the rural and urban adjacent areas. In the 90s, the Taliban would have beheaded every opponent they captured. In 2021, they walked up to the gates and offered to pay the soldier’s salaries to go home. Who knows? Maybe in a few weeks, I’ll be reading about executions in Soccer Stadiums again but for the time being, it appears like they have learned some new tricks.

4. As much as the Taliban are different, 2021 Afghanistan is different as well. Billions of dollars have gone into that country and while I have contended that the graft and corruption were horrible it wasn’t like NOTHING got built there. The population, especially the women, are far more educated and in many more fields. Over 70% of Afghans have cell or smartphones and compared to what it was in 2001, it is far more connected to the world at large. The Taliban are now responsible for all those challenges that the previous Afghan government was unable to address – and they are going to be doing it without the no strings attached aid that the gullible and well-intentioned western nations were able to muster?  I think the Taliban is about to find that fighting is easier than governing and the nation they just won isn’t exactly the same as the one they led before.

5. If I was Pakistan, I wouldn’t be celebrating this week. I would be on alert. Every single Pakistani Pashtun is looking at what just happened across the border and is celebrating. And they are likely wondering, ‘Why can’t we do the same?’ You know how I mentioned that Pakistani decision-makers diffused tensions in their territory by directing it into Afghanistan? They don’t have that option anymore and I’m sure there are some Pakistani leaders who considering the ramifications of that tonight.

6.  President Biden did one of those strategically courageous things that lead to people losing their jobs, but future generations end up applauding. President Biden and his predecessor both campaigned on getting out of Afghanistan, a position a decisive majority of Americans of both parties agreed. But he had the courage to follow through and do it. There is no elegant way to lose a war, but we had to leave. Much like Vietnam, the United States military has lost a whole modernization cycle. The newest Chinese and Russian weapons can contest our aging arsenal. Furthermore, if the American public of 2001 was unwilling, or more accurately weren’t asked, to pay the price of truly fighting this war then there is no way the American public of 2021 would be willing to underwrite it. So, President Biden decided to end this thing. It was brave and it was selfless not that I expect he’ll be recognized for it.

7.  I am highly critical of President Biden for failing in getting ‘our Afghans’ out. Once he made the decision that he was going to stick with the withdrawal deal negotiated by his predecessor and realized that little had been done to get those people out, we should have been working overtime to make it happen. People argue that it would have hastened the collapse by signifying our lack of confidence but I’m afraid I don’t care much for that logic. Forget the Visas and the background checks. We’ll figure it out on friendly soil. Bring ANYTHING that shows you worked with us, and you and your family get a seat on a C-17 leaving the country. What is the worst thing that would have happened, an Afghan family that gets to Guam is discovered to have lied their way onto the aircraft? I don’t care. It meant a family got out and I could live with that. This current outcome is disgraceful and while every administration bears responsibility for it, the current administration is the one holding the chair when the music stopped.

8.  I recently went out of my way to read some archived news articles and editorials from the Fall of Saigon in 1975. They were slightly different tenor than today’s articles – less politically poisonous for one – but the feelings of malaise, sorrow, and anger were the same. I think there were people that came out of it thinking that this was kind of the beginning of the end even if they couldn’t exactly articulate it as such. But then something interesting happened. Three years after the Fall of Saigon, the Vietnamese did a service to mankind and invaded Cambodia, ending the Khmer Rogue’s reign of terror. One year later the Vietnamese fought a war with their former Chinese patrons. I have no expectations that the Taliban will do anything so impressive and laudable as what the Vietnamese did. But the point I’ll make here is that history demonstrates what comes out of these sorts of things isn’t always what people think on the day it happens.

I will end this epilogue by addressing the one population of people that matter to me the most – my fellow veterans. It is okay to not be taking this well – I dealt with my anger years ago, but everyone is going to process this at a different speed. But for the people out there saying, ‘We lost people for nothing and that it meant nothing,’ I disagree. I fought in Afghanistan for two reasons. The first was to prevent another 9/11 attack on the United States and we wildly succeeded in that aim. President Bush, to paraphrase, said UBL would be brought justice or justice will be brought to him and that happened with interest.

The second reason I fought was that while America is my religion, the United States Army is my country. I grew up on Army bases and I spent my life serving it. We got sent forward and we obeyed our orders because that is what professionals do but I loved my family that I went forward with. It hurts that some of them didn’t come back, but most of them did come back home and we have as much a duty to living as we do the dead.

I have two friends who I deployed with to Afghanistan who live less than ten miles away who are doing well for themselves, but I would drop everything and be there if they needed me. There are a couple of former Commanders out there who if they called me and said meet them, I would start driving this very evening.

And finally, there are the folks I served beside, and I see all the time. They are out there making money, falling in love, raising children, starting businesses, writing books, continuing to serve as nurses or a thousand other things that make me happy. I’m sincerely sorry that we couldn’t secure a better result for the Afghans but the people I served with are the nation I built and from where I sit, that nation is doing just fine.