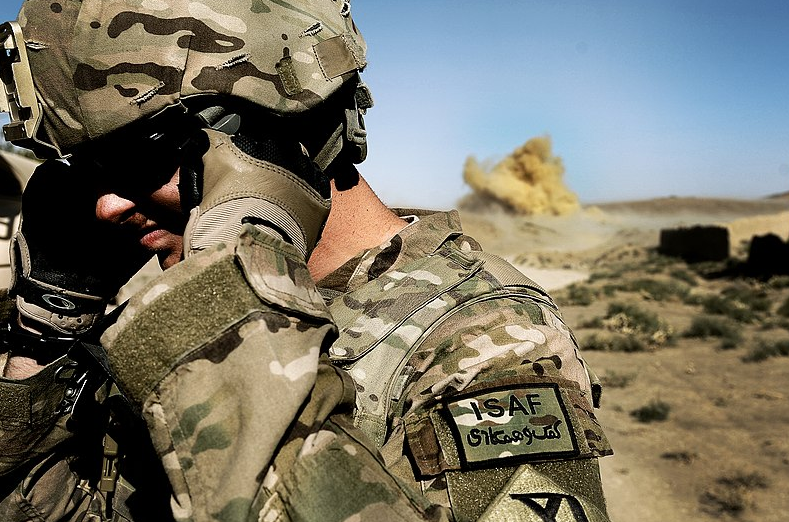 This first appeared in The Havok Journal on August 18, 2021. A year after the U.S. withdrawal from Afghanistan evokes strong feelings from many veterans.

In 1992, an academic named Francis Fukuyama wrote a book called ‘The End of History.’  The central thesis he put forward was that the Cold War was the last major ideological conflict in history and had concluded with the West and Liberal Democracies triumphant. He postulated this represented the final form of government in the world and everyone was moving toward it. I read it and it was full of post-Cold War triumphalism and I dismissed it because Bosnia was heating up. To a young neophyte like me, I viewed the end of the Cold War as the resumption of history in all its ugliness rather than the end of it.

There was one group of people who didn’t see it that way and they were the Neocons. They bought the ‘End of History’ hook line and sinker and when combined with regard for Huntington’s darker ‘Clash of Civilizations,’ they came up with a unique worldview. It was predicated on two tenets. First, the West and particularly America were superior to all other cultures and systems. Second, the U.S. military which stood sentinel during the Cold War was the preeminent ‘force for good’ in the world and it should be the primary means of statesmanship and not effete diplomats, journalists, and foreign aid workers.

Revisionists and people sympathetic to their view like to say that the Neocons were the ultimate realists but I find that laughable because, at the end of the day, evangelical faith and zeal were at the heart of their worldview. They literally believed that there wasn’t a problem set the American might couldn’t solve. It was the triumph of hope over pragmatism and reality itself.

When 9/11 occurred, the war with Iraq became inevitable. I’m not going to into the supplied rationales like WMDs, Saddam’s harboring of terrorists or his perceived threats to neighbors other than to say that those rationales true or untrue were irrelevant. The real reason we went to war in Iraq was to ‘finish the job’ and to demonstrate not only to the world but to the Islamic community in particular that the end of history had arrived and it was time to bend the knee to the inevitable western triumph. That messianic vision became the guiding principle of American foreign policy in the early 2000s

It is impossible to describe just how much that affected the Afghanistan effort. To the neocons, Afghanistan was a secondary effort and pretty much irrelevant to the main project of changing the Middle East. It was too far away from the center of the Arab world to serve as an example of U.S. might. They didn’t COMPLETELY ignore Afghanistan – UBL was alive and everyone wanted to get that guy. But Afghanistan itself as a country really ceased to matter in any meaningful way. Afghanistan became what we in the military called an economy of force mission i.e. apply just enough force to avoid defeat and set the conditions for success when sufficient force becomes available. Except we sure as hell never treated the mission that way.

Just as a point of comparison, in 2006-2007 there were SIX combat Brigades in the greater Baghdad area alone and another four Brigades in areas directly adjacent to Baghdad. This was further compounded by the fact that to operate in as austere an environment like Afghanistan, you really needed a ton of enablers. IEDS non-withstanding, Iraq had a comprehensive road network and there wasn’t a place you couldn’t get to or sustain by driving. But those roads didn’t exist in Afghanistan and there always was a desperate need for helicopters. You could have deployed every single Lift battalion in the inventory to Afghanistan and we still wouldn’t have enough.

The point is that the U.S. military as lavishly equipped and expertly trained is not large by historical standards. It certainly wasn’t large enough to accommodate the ambitions of the neocons who were intent on not just fighting in Iraq/Afghanistan, but also in Africa and the Middle East while at the same time picking fights with Iran and North Korea. Unless the Draft was reimplemented Rumsfeld was right about one thing and that was you have the force you have and nothing more.

It would have been less of a problem for Afghanistan if there was a more modest strategy laser-focused on finding and killing UBL as a purely SOF/CIA effort from some central base while leaving the warlords to do their thing. But we decided to go do nation-building and counterinsurgency and failed to resource the effort with anything even remotely approaching the amount of military and civilian forces required.

There is this ratio out there that says you need twenty soldiers per one thousand inhabitants to effectively fight a counterinsurgency. I have problems with that ratio but if you accept that it is right – and I think it does have some utility – then we needed 750,000 troops supporting that effort. ISAF combined with the Afghan Army had a peak strength of 300,000 in 2012 (100K of it was the U.S.) and I would put every dollar of money I have on the table that the quoted 180K strength of the Afghan Army was really a fraction of that.

The bottom line was in those early critical years of 2001-2010 years that we had FAR fewer than 750K available – when we should have been flooding the zone with Divisions of troops, enablers, and a whole of government effort. But all of it was going to Iraq while Afghanistan was getting the scraps from the table. That isn’t to negate the efforts of the BCTs, Marines, Brits, Canadians, SOF, and others who were there. They fought heroically. It was just they were often fighting alone and on a ‘budget.’

Those years Iraq was sucking down all the resources were the years that the Taliban were regrouping, learning, and building relationships and credibility across the country. Those were the years that the Afghan population was ‘winnable’ and by the time Iraq was over and we could do things like the mini-surge of 2010-11, the stage had already been set for the inevitable endgame and the opportunity for victory lost.

It really did become a math problem – one made more complicated by one very large X-Factor called Pakistan.