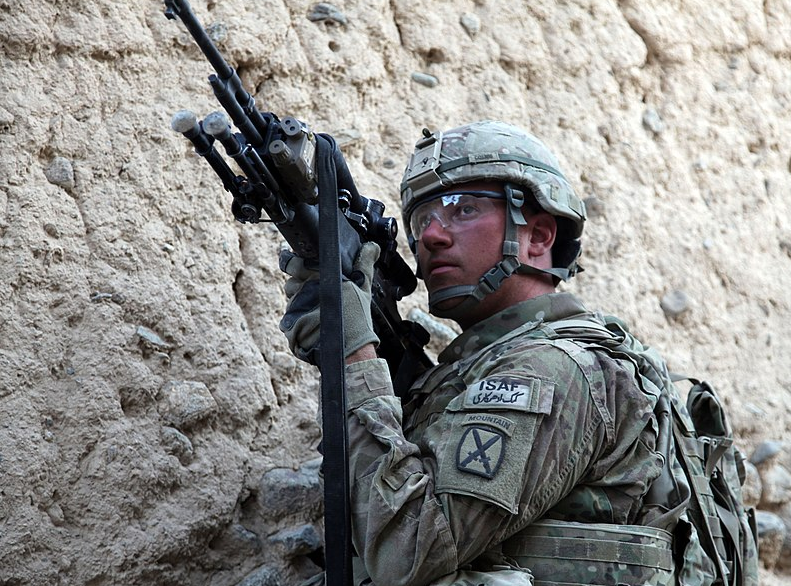 This first appeared in The Havok Journal on August 21, 2021. A year after the U.S. withdrawal from Afghanistan evokes strong feelings from many veterans.

This is the last reason and frankly, it is the hardest one for me to write. It will be the longest. I devoted the better part of my life to the United States Army. I love it as an organization, institution, and its soldiers. I truly believe that it represents the best this country has to offer. I will go to my grave proud of its accomplishments and the people I served with. But because I was/am so devoted and practically grew up in it, I know a thing or two and I’m here to tell you we failed in some very fundamental ways.

The Army and Marines produce the absolute best tacticians on the planet. Officers spend their first twenty years learning how to be the best platoon and company commanders and then they graduate to leading and sustaining those companies as Battalion Commanders. The attributes that make them successful in doing so are decisiveness, physical courage and fitness, and unwavering faith in themselves that they’re capable of meeting any challenge. They are in a word magnificent and there isn’t an objective in this world that they can’t take or hold if appropriately resourced. The Battalion Commanders I knew in Afghanistan poured their hearts and souls into some of the toughest fights imaginable and many of them are among the people I admire the most.

Then they hit their 20th year of service and then the game dramatically changes. Suddenly you are operating at the Brigade and Division level and the scope of your decision-making changes from tactics to strategy. In this new domain, you are responsible for considering the movements, engagements, and resolutions at scales and time horizons that previously you didn’t operate. And you aren’t being asked to do this as a junior 2LT where there are lower stakes and you have a safety net if you screw it up.  You are being asked to do this while being charged with the awesome responsibility of thousands to tens of thousands of lives. You are asking for this aperture change not from the young and impressionable but from middle-aged men and women who have got to where they were by being excellent at the things they already know.

The attributes of a good strategist, particularly one which could succeed in Afghanistan, are completely different. Physical courage and decisiveness give way to patience and intellectual curiosity. If you go back and look at some of the greatest strategists in the world, you learn that they were almost all polymaths – folks who demonstrated if not excellence than intellectual familiarity with a wide variety of fields. Those fields aren’t the classic military disciplines of shoot, move, and communicate but include such esoteric subjects as cultural anthropology, diplomacy, municipal planning, social work, economics, agriculture, or a thousand other subjects. The knowledge is less important than the intellectual conditioning which prepares the strategist to operate in cross-domain ways and make possible linkages fueled by inspiration and imagination and not the Ranger Handbook. It is also important because building strategists is a lifelong process. It is vitally important because while soldiers win fights and commanders win battles – strategists win wars.

The point of this digression is that when you unpackage all the key strategic decisions made in the Afghan War, you see leadership that was conditioned to think in terms of raids and engagements done in hours and not campaigns played out over years. There was a campaign plan but what was always interesting was when you read it, the meat of the plan was always written in twelve-month increments and everything passed the rotation was TBD. They weren’t dumb – most Generals are intelligent and thoughtful people. They just were intelligent and thoughtful in a very specialized manner banded by the guardrails of an institutional culture whose incentives to achieving success were at odds with what often stifled the sorts of traits you see in the better strategists.

It wasn’t like the institutional knowledge wasn’t there – we deployed to complex places in the ‘90s like Panama, Somalia, Haiti, and Bosnia/Kosovo and had opportunities to learn some of the strategically messy things that would have been useful in Afghanistan. But I’m here to tell you that all that knowledge went down the MOOTW (Military Operations Other Than War) memory hole because of a relentlessly anti-intellectual disdain for the Clinton-years missions and the ‘we don’t do soft stuff like nation-building’ – the very thing the whole enterprise depended on in Afghanistan.

This manifested itself in a thousand different ways in the Afghanistan fight. It started with the terminology. As God as my witness, I watched a General early on stand in front of us while discussing an upcoming operation echoing the language of the Fulda Gap, ‘And at this point, we will launch the deep attack!’ and all of us in the room looking at each other going, ‘How do you launch a deep attack against insurgents that we can’t even identify if they aren’t actively holding a weapon?’ As I listened closer, it wasn’t a slip-up of holdover language from a long-serving professional who was accidentally misapplying terminology out of habit – he was describing an actual deep attack straight out of the NTC Conventional Fight playbook.

That part of it may be laughable, but then you got the serious business of how and where we were choosing to fight – counterinsurgencies are won by securing the population and by sending specialized formations to ungoverned spaces to keep the insurgents off-balance and bag their leadership. You don’t defeat an insurgency militarily. You starve it of oxygen. Instead, we were deploying precious combat power to the edges of the map conceding the interior populated spaces to the Afghans and by extension the insurgents. Kunar and Nuristan Province accounted for less than 2% of the population and was geographically isolated from the more populous areas of the country save Nangahar.

Simply put, you could have conceded those provinces and isolated/garrisoned the important exit points as a tripwire, and moved on to more critical sectors. Yet for years we were committing half of the available U.S. ground combat power in country and a sizable chunk of the SOF forces to that location.  We certainly found a fight up there and some of the most heroic stuff the Army has ever done occurred in those mountains. It mattered to the counterterrorism fight – but it was strategically irrelevant in the context of counterinsurgency and nation-building and those were the pathways to victory not what we were doing up there.

And then you just get the flat-out bizarre and self-defeating things. In 2006, the violence in Helmand Province was escalating but hadn’t gotten catastrophic yet – it was intense but localized to a few key areas. That was right about the point when opium eradication became a big thing and in the middle of this worsening situation, the leadership proposed launching a massive poppy eradication effort in the Helmand River Valley. I remember being incredulous and thinking, ‘In the middle of insurgency, you want to go into one of the poorest provinces in the country and eradicate the one cash crop these people grow? This isn’t going to end well.’ Three months and one eradication effort later, the entire Province was a relentlessly hostile territory and it remained that way for the remainder of the war.

And then we finally arrive at the centerpiece of our late war strategy and that was the development of the Afghan Army. I could go to great length about the hollowness of the force we developed from the rampant illiteracy, the corruption of the senior Commanders, the ‘ghost rolls’ of personnel and equipment, and thousands of other things that people will write articles and books about for years to come.

But that is less important to the conversation than the force we were constructing was entirely inappropriate for the country they were tasked to defend. If you go back in time, the Afghan “Army’ has always been a volunteer ‘militia’ that was locally-led, raised, and calibrated to project power at the district level. That is the only EFFECTIVE military force that this country has ever known. It is the one that defeated the Persians, British, and Soviets. The Afghans know how to fight because we just watched the Taliban do it for twenty years.

What we should have been doing was putting the preponderance of our effort into building geographically based irregular forces that mirrored the Taliban but were better equipped and responsive to the local elders and district leaders. You then would build something like a larger version of the Afghan Commandos, an elite force that served as a fire brigade that could deploy to trouble spots that the ALP couldn’t handle on their own. Interestingly, it was tried – the program was called the Afghan Local Police (ALP) and it was defunded after about five years. It was controversial and problematic but that is the nature of irregular militia – and it wasn’t like it was ever more than a side effort when it was funded because it detracted from the main effort of building the ANA (Afghan National Army).

Leadership could have built any force they wanted but they chose to put their money and effort into an Afghan National Army based on our model. This Army was functionally no different than the failed Afghan Army the Soviets trained. It collapsed the same exact way and quicker than its predecessor did.

The bottom line was that our strategy was never moored to anything remotely approaching the reality of the predicament. If I were to be charitable, I would point to the lack of national resolve, the complexities of the environment, the effects of Iraq and Pakistan, and the corruption of the Afghan Government as factors that made any sort of rational and appropriate strategy a non-starter.

But today I watched a supercut of American Army and Marine Generals over the years praising the professionalism, toughness, and fighting quality of the ANA. That didn’t remotely match the realities that junior leaders were reporting upward. I thought about all the mistakes I witnessed, shortsightedness, and missed opportunities, and I can’t help but think there is something institutional, cultural, and ethical that prevented us from succeeding in the strategic domain.

I sat in too many briefings where I knew privately everyone in the room agreed a situation was dire but when the VIPs came in, the principals would give some positive spin about what was going on rather than the hard truth.  At the end of the day, our service leadership got this wrong and bares a portion of the responsibility for this outcome.