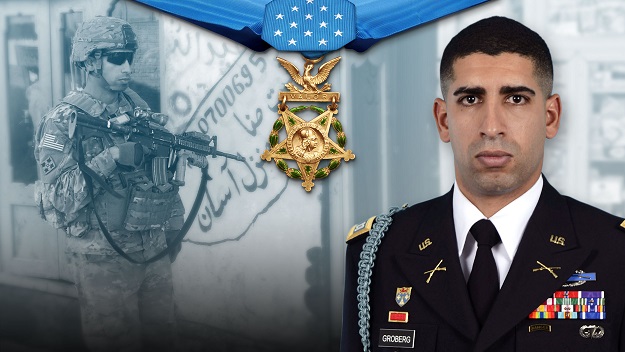 HJ: It’s amazing the amount of hoops some people have to jump through just to be able to become part of the service and serve our country.

Flo: I made a commencement speech at the University of Maryland about three weeks ago, and one of the the things I talked about is life as SERE School.  I truly believe that.  There’s an opportunity behind every door, but you have to personally step through that door on your own and accept the challenge that lies beyond.  That’s life.  And the best part about it, once you overcome an obstacle you start to get more confident, you learn something, and its your experiences in life that are going to define you in the long run.  One of the things I had to learn was to be patient; keep at it.  You have a goal, I wanted to be in the military.  In the mean time, I had to do whatever I needed to do to survive, and once I got that opportunity, I grabbed it and ran with it.  It’s a good lesson to learn at a young age.

HJ: Life is a series of small steps, and our actions in stressful moments are in large part a result of the sum our previous experiences. What would you say about your background and upbringing best prepared you to handle the events of August 8, 2012 in the manner you did? 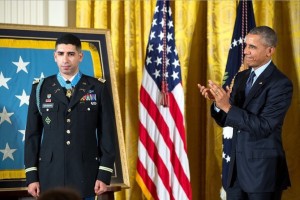 I went through a whole period where we were going to go to meets and I wasn’t selected to compete once in the mile.  I was upset and the coach asked, “Why do you even care, you don’t even want to be here?”  I said, well that’s a bunch of BS, I was one of the top three in time so I should be competing.  It shouldn’t matter whether or not I wanted it, I had one of the best times so I should be there.

He said, “Well maybe, we’ll see if we can fix it, but we can’t guarantee that you’ll be in the race.”  So later, as the race approaches and I’m warming up with the guys, the coach comes up and says, “OK, you’re good, you’re in the race.”  So I was pissed, I thought, this is ridiculous, this is disrespectful.

So I go into the race mad and asked somebody, “Who’s the fastest guy here?”  And somebody tells me it’s this guy Robbie.  He’s a tall, Native American in another school.  I think to myself, “Screw them, I’m just going to stick with this guy for as long as I can.”  And that was it, I went from running a 5:08 mile to a 4:30-something.  I went from an unknown, nobody cares kid to a “who is this guy I never heard of?”  From then on, I was hooked.  I realized after the race, even though I was still pissed and the coach didn’t even say anything to me like “good job,” then I got even more mad and went home.  I thought about it over the next couple of weeks and realized, oh, that was their way of challenging me.  Now I understand.

And I went from being the lazy type of kid, kind of annoying kid to dedicated, doing the hard runs on the weekends when no one is watching, to listening to the coaches, being a team player, and I became one of the top runners in the state, and within a year get recruited to go run cross-country in college.  That was one of the first life lessons I received in regards to: If you want to earn it, you gotta work for it.  Nobody’s going to make you do it.  People will guide you, they’ll give you help.  They’ll root for you, but in the end you have to do the work on your own.  You have to put in the work when no one is watching.

When I went to college, I learned about time management, how to be a good team player, and how to lead guys when I was a team captain.  All of this and my education, you put that in your kit bag, and then you go into the military and you’re taught how to be a leader in the military.  As an Infantry officer, you go to Ranger School, and you learn a little more about yourself and what you can and can’t do.

And I’ll be honest with you, the human body is an incredible organism, so you can do a lot of things you never thought you could do, and then you go out there and become a natural at the basics.  You work hard, you earn the respect of your guys, you respect others, follow directions and you can lead.  All that designed me to be the type of person that was a member of a team that was able to take action on August 8, 2012.  Now unfortunately, no matter who we were, we still lost 4 guys.

This first appeared in The Havok Journal on January 3, 2017.