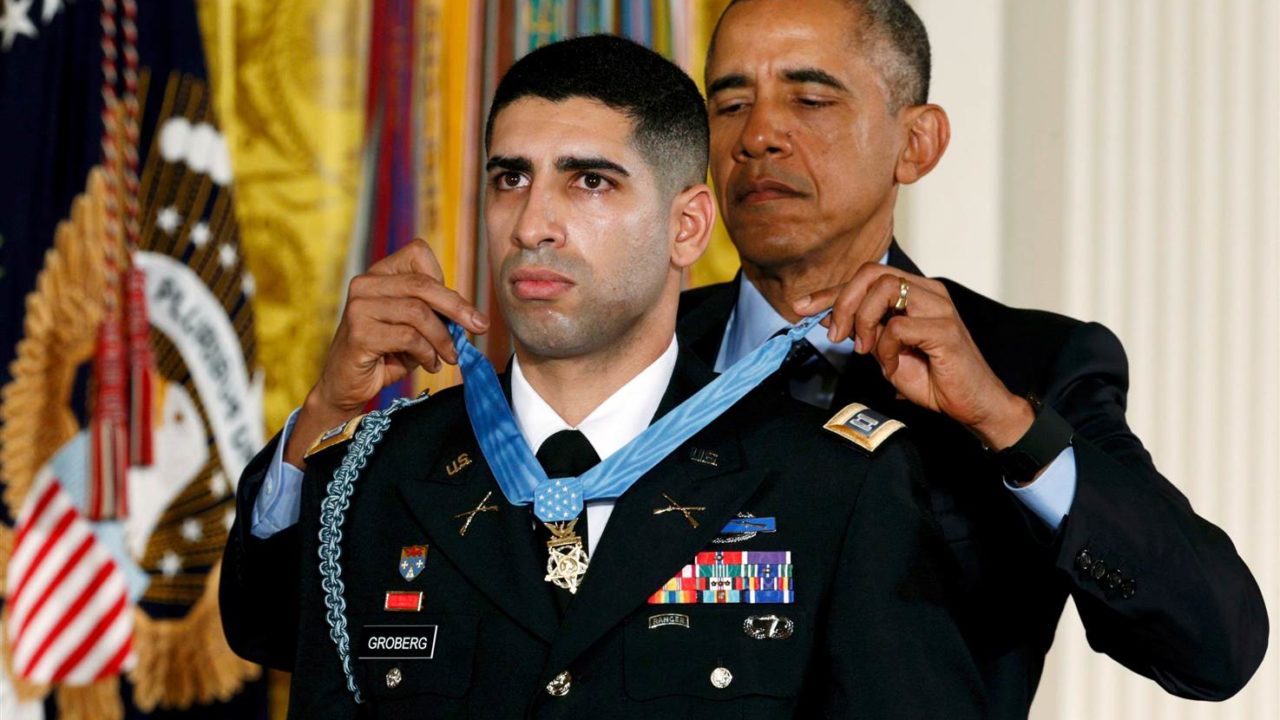 This is the third and final installment of our interview with Medal of Honor recipient Florent “Flo” Groberg. You can read the second installment here, or start the series from the beginning.

HJ: The Army’s official website quotes you as saying, “We defeated the enemy on that day. We sent a message that no matter how bad you want to hurt us, we’re always going to keep standing up and bringing it back twice fold on you. But it was the worst day of my life, because even though we defeated the enemy, I lost four of my brothers.” How did you deal with the loss of Soldiers you served with, and how do you continue to honor their memory?

Flo: Well, it is one of the questions you personally understand. It’s one of the toughest things to deal with: the fact that the men that you served with didn’t come home, and you did. The day they decided to give me the Medal, one I don’t deserve. Why? Because, I’m only a Soldier doing my job. I was just doing my job, our job. My job was simple, bring the boss home, bring the Command Sergeant Major home. 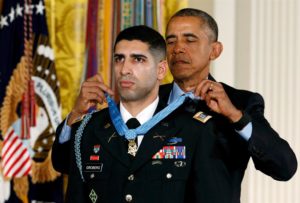 Unfortunately, no matter how hard we tried, no matter how in sync we were as a team, as professionals, we still were not able to bring everybody home. So when they decided to award me this Medal, I struggled with it emotionally, internally. I said to myself, “Okay, accept the Medal but it doesn’t belong to you.  It belongs to CSM Griffin, Major Gray, Major Kennedy, and Mr. Abdelfattah. It belongs to them.” I believe the ones that don’t come home are the true heroes in this whole thing. I also believe that the families are the true heroes, because they have to deal with the consequences of their loved ones actions and decisions. They have to spend the rest of their lives, especially in this time of year where its the New Year and holiday season, and it’s tougher for them because they have a key member of their family who’s just not there anymore. And it hurts.

It hurts me, and it hurts everyone that was involved, and it hurts anybody that’s ever been associated with these men. But we have to honor their lives and their memory. They are true heroes. They are the Americans who sacrificed everything they felt they could possibly give in order to serve our country and make sure we sleep safe and sound at night. So the only way I can do this and honor them and deal with the fact that they’re gone is to talk about them and to tell the world. “Hey these are the types of individuals that serve our Armed Forces. These are the types of families that serve our Armed Forces. These are the Gold Star Families, who are able to stand up and still go out there and support us.” I struggled with it early on and I struggle with it to this day but I really struggled with it when I was in the hospital.

I was scared the Gold Star Families would never accept me, because they were going to be mad at me for the fact that I didn’t bring back one of their loved ones, Father, Son, Brother, Husband. But what the Gold Star Families did for me, it was incredible. They embraced me and said “Hey, we’re with you. We’re so happy that you’re here. And we’re here the entire way, by your side.”  My goodness, it’s incredible this is what they represent. So as long as I have the Medal, as long as I have breath in my lungs, I will always, always, talk about them. I will always let someone else know, “Hey this is what these people meant to me, what they’ve done. It’s incredible. It’s just the way I hope to deal with it.

HJ:  A closing current events question. As a naturalized US citizen who previously held dual citizenship and who has a mother who is French Algerian, what do you think is the best way to handle the ongoing refugee crisis?  Is banning Syrian refugees, or banning all Muslim immigrants, a smart security strategy for the US?

Flo:  You put me in a corner here. Here’s what I’ll say. I was born in France. I was given the opportunity to come to the United States but my path was a little bit different because I was adopted by Larry.  The greatest honor I’ve ever had bestowed on me was the opportunity to serve my country and lead men in combat. I’m not a subject matter expert in foreign policy and the current refugee crisis.  I just know I was given the opportunity to become an American citizen and to serve my country and that’s the biggest honor I’ve ever received. I just hope that for the rest of my life I keep earning it.  It’s something that allowed me to speak to you today. It makes a little difference in the world, in our country, and I’m just so grateful.

HJ:  Flo, thank you for an inspiring interview.  Any final comments?

Flo: If anyone tries to associate the medal with me, it doesn’t belong to me. I’m just the courier; a simple dude that’s proud to be a member of a team in the U.S. Army that tried to make a difference.  The medal does not represent an individual, it does not represent me.  I am probably the least worthy person to ever represent this medal, but the guys that did not come home represent that medal, and not just my guys, but every person who has ever sacrificed their lives for this country. It represents them. I’m just a courier. In the end, I just hope that I’m the right courier.  When it’s all said and done, they look back and say, OK buddy, when I go meet my friends up in heaven, they look at me and say, “You did a good job.”

HJ:  From one infantryman to another, thank you for your time and your example.

The President of the United States of America, authorized by Act of Congress, March 3, 1863, has awarded in the name of Congress the Medal of Honor to:

For conspicuous gallantry and intrepidity at the risk of his life above and beyond the call of duty:

Captain Florent A. Groberg distinguished himself by acts of gallantry and intrepidity at the risk of his life above and beyond the call of duty while serving as a Personal Security Detachment Commander for Task Force Mountain Warrior, 4th Infantry Brigade Combat Team, 4th Infantry Division, during combat operations against an armed enemy in Asadabad, Kunar Province, Afghanistan on August 8, 2012. On that day, Captain Groberg was leading a dismounted movement consisting of several senior leaders to include two brigade commanders, two battalion commanders, two command sergeants major, and an Afghanistan National Army brigade commander. As they approached the Provincial Governor’s compound, Captain Groberg observed an individual walking close to the formation. When the individual made an abrupt turn towards the formation, he noticed an abnormal bulge underneath the individual’s clothing. Selflessly placing himself in front of one of the brigade commanders, Captain Groberg rushed forward, using his body to push the suspect away from the formation. Simultaneously, he ordered another member of the security detail to assist with removing the suspect. At this time, Captain Groberg confirmed the bulge was a suicide vest and with complete disregard for his life, Captain Groberg again, with the assistance of the other member of the security detail, physically pushed the suicide bomber away from the formation. Upon falling, the suicide bomber detonated his explosive vest outside of the perimeter of the formation, killing four members of the formation and wounding numerous others. The blast from the first suicide bomb caused the suicide vest of a previously unnoticed second suicide bomber to detonate prematurely with minimal impact on the formation. Captain Groberg’s immediate actions to push the first suicide bomber away from the formation significantly minimized the impact of the coordinated suicide bombers’ attack on the formation, saving the lives of his comrades and several senior leaders. Captain Groberg’s extraordinary heroism and selflessness above and beyond the call of duty at the risk of life are in keeping with the highest traditions of military service and reflect great credit upon himself, 4th Infantry Brigade Combat Team, 4th Infantry Division and the United States Army.

This first appeared in The Havok Journal on January 8, 2017.