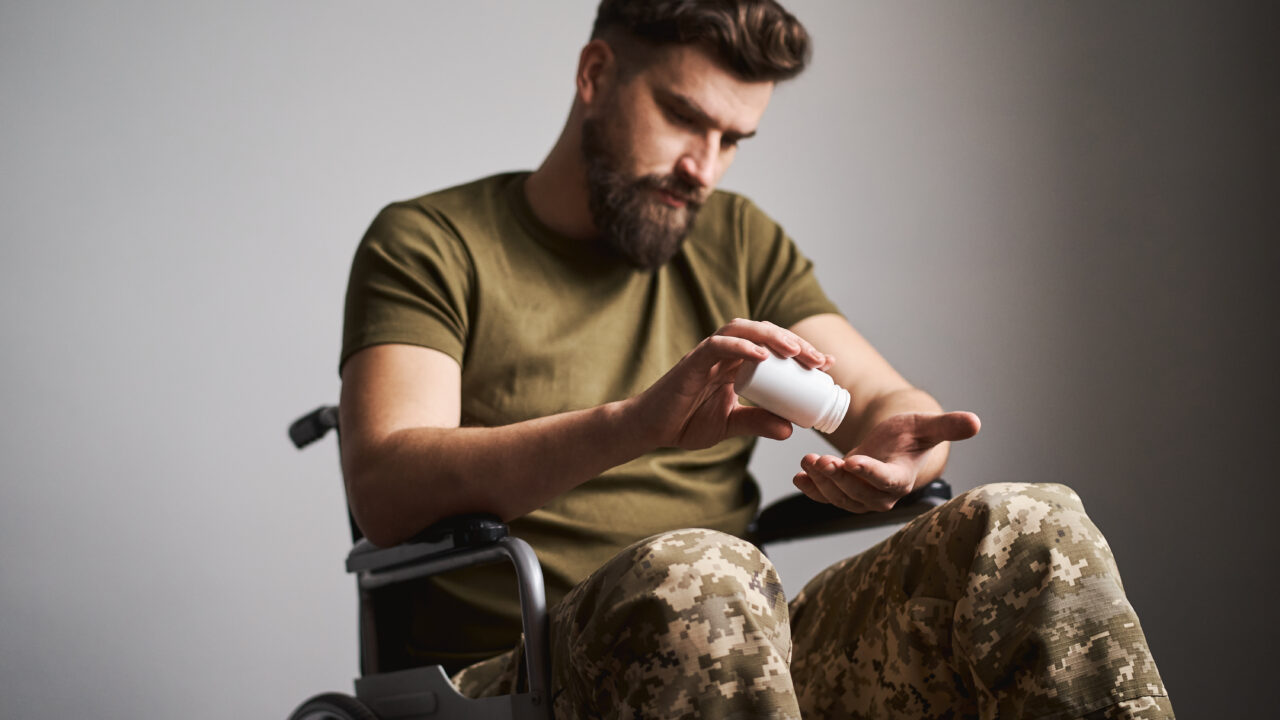 Unlike many book reviews, the format of this writing will come via a letter.

The vast majority of you have been socially conditioned to believe you have a disorder. That disorder is called Post Traumatic Stress Disorder aka PTSD. But what if a core group of psychologists who once worked at the VA tried desperately to provide you with the insight needed to prove you do not have PTSD and instead, you were used as a pawn for economic purposes?

Yes, you are a pawn in the eyes of many powerful people stemming from Big Pharma, Government officials, and even key veteran advocacy groups. All of those entities noted have no interest in your health and well-being but rather take more interest in economic gain.

This may sting for many, but let’s ask some hard questions….

How many Veterans do you know who are diagnosed with PTSD actually receive psychological treatment on a weekly or even monthly basis? I am not referring to taking prescribed psychotropic pills. I am talking about actually sitting in front of a psychologist or a group of peers who are moderated by a trained psychologist? Do not lie to yourself because evidence suggests less than 2% of those diagnosed with PTSD actually receive or seek treatment.

How many of you feel that your 100% VA rating for PTSD (this recently changed by the way) is validated in comparison to the veteran who lost a limb and only received a 40% VA rating? Do you feel good about this knowing one of your brothers or sisters who is now an amputee received such a rating versus your 100% for alleged PTSD?

What exactly did you earn? A four-year stint with over 98% odds never seeing any combat all so you can receive a free check every single year for the rest of your life along with medical benefits that never go away and the ability to make an excuse for behavioral issues that likely started long before ever entering the service? You “earned” that?

How many remember leaving the service and going through TAPS listening to a representative from the VA or the DAV or some other Veteran Service Organization actually walk you through filling out disability forms? Do you remember them telling you that any ringing in your ear will get you more points in your VA rating? What about nightmares, bed sweats, intolerableness, etc? They were grooming you.

Have you ever looked at the growth of the VA as an institution—economically and personnel? Ever do a compare and contrast per current numbers of military persons versus that of say Vietnam, Korea, or WWII? The balance is overwhelmingly off. And yet you never even cared to do the research.

So why has the VA grown so massive over the years? Who pushed for that growth? Where is the most growth internally? Who is truly benefitting from that growth? You? Or, is it someone else?

Answers to these questions are found in the book Wounding Warriors and those answers will infuriate you knowing YOU have been used and socially conditioned to believe something about yourself that is not true.

Do you have actual PTSD? The odds are, you do not. You likely have a sleep disorder that ruins your REM sleep which inevitably has thrown off your pituitary gland and hypothalamus. Sleeping disorders largely induce similar attributes found in those diagnosed with PTSD. And sleeping disorders are largely attributed to low testosterone levels.

Maybe you have Oppositional Defiant Disorder (ODD). While ODD is mostly diagnosed in children, it can and often does remain in adulthood if untreated with psychological assistance. Let’s ask, do these symptoms sound familiar– irritable mood, argumentative and defiant behavior, aggression, can’t hold a job, etc? Of course, PTSD, right? Not necessarily. These are all symptoms of ODD as well.

You allow the label because you are no different than the vast majority of Americans wishing for a free handout. You want the lifelong medical, the monthly check, the benefits you can capture any time you wish. It makes life so easy when it’s all just handed to you.

Sadly, that is historically un-American.

Americans are a working people. We are a fighting people. We despise tyranny and stand by the concept of “Give me Freedom or Give Me Death.”

The book Wounding Warriors demonstrates in many ways that a large pool of current Veterans from GWOT actually decided on the later—Give Me Death. It is a slow death derived from a very dark and evil enterprise of money-hungry aristocrats who care not one iota about your mental health and well-being.

The question to be asked however is, “What will you do about it? Remain a leach off U.S. Tax Payers or take a stand to get back on your feet right this very moment and make a change? It’s a decision only you can make.

If you need ammunition to take that stand, it is suggested to read the book Wounding Warriors
https://www.amazon.com/Wounding-Warriors-Policy-Making-Veterans/dp/1955026998