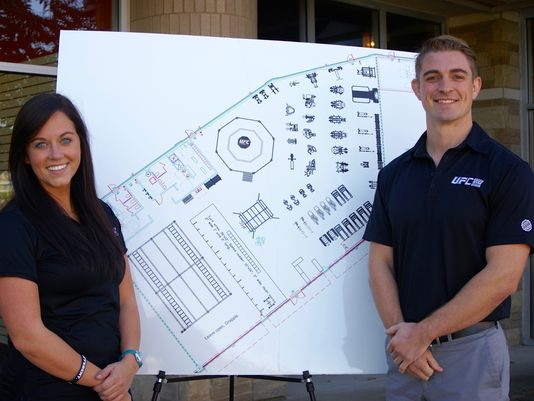 Havok Journal: Sean, please give our readers a little background.

Sean Patton: I graduated from West Point in 2005, branched infantry, and went to 3rd Brigade, 101st Airborne Division following IOBC and Ranger School.  As a Platoon Leader I was lucky enough to reorganize, train up, and deploy with my platoon to southwest Baghdad during the 2007 surge.  I had that platoon for 14 months followed by 7 months leading the Battalion Scout/Sniper Platoon.  Spring 2009 was SFAS, then the Captain’s Career Course at Fort Knox, followed by the ‘Q’ Course. I arrived to 5th SFG (A) in April 2011 where I took command of ODA 5126. During my time on the dive team, we trained in California with the SEALS and then deployed to eastern Afghanistan near the Pakistani border. Did that for 8 months, came home and was fortunate enough to command a second ODA. I graduated from dive school and then we deployed to Lebanon, where I believe we were the first SF Team ever deployed there. After that I moved up to Battalion A/S-3 (Assistant Operations Officer), did that for a year, and got out in March 2015.

HJ: What were your drivers for transition?

Sean: Well first, I had done everything I wanted to do. I met a Special Forces officer at West Point who was very impressive. I could see he was different and so going SF was my goal from time I was 20 years old. Second, I saw as an SF officer how political it was. From my vantage point, decisions weren’t made with a military objective in mind. It became very frustrating. Continuing to serve is a great thing, and soldiers deserve the best leaders. I came to the conclusion that if you’re looking to influence national policy, you can’t do it inside the military. Third, I’ve always had an entrepreneurial vein in me. I’ve always admired those who bet on themselves and put it all on the line. I wanted to give it a try, especially while I was still young enough to maximize my efforts and push myself.

HJ: Why a franchise?

Sean: I knew I wanted a business, and while I had a lot of experience with leadership and planning, from a business perspective I had nothing. I realized if I wanted to learn the ropes, a franchise business would be a great fit. You have other people to walk and talk you through the steps. It provides a proven business model with a robust support backbone. The key is you have to find something you can do for 90 hours a week and wake up Monday still feeling happy about it. It’s like Ranger School; if you’re there for you, you will be ok. It takes a combination of interest and passion.

HJ: Why did you decide on a UFC Gym franchise?

Sean: UFC Gym at the time was a relatively brand new franchise so it was a chance to get in on a ground floor investment. I could grow with the company.  I was passionate about it too. Getting people in shape, keeping them healthy, giving them more energetic and fulfilling lives…I get excited about that everyday. I wrestled a couple years at West Point and have experience with jujitsu. Watching people literally carry themselves differently with a sense of empowerment after a session is truly motivating.

HJ: What does a UFC Gym offer?

Sean: UFC Gym offers cutting edge fitness around Mixed Martial Arts (MMA) training. It’s the all-around fitness concept: strong explosive movements, increased flexibility, improved hand-eye coordination. The UFC Gym has made it acceptable for everyone, it’s truly a family fitness gym.  We’re bringing MMA to the masses as opposed to the small percentage who train with fighters for competition. UFC is the fastest growing sport and I fell in love with the brand.

HJ: What advice do you have for veterans looking to get into a franchise or open their own business?

Sean: Be open, really learn about the business, and try to be as much of an expert as possible. Don’t be afraid to ask questions. Go direct and ask the company you’re interested in affiliating with. In this day and age there is no excuse to not know something. The internet is amazing resource for self-study.  You’ve certainly got to build a business plan, based on real numbers and research. I used business planning software from Liveplan.com for about $20 a month. It walked me through the process with simple fill-in-the-blank questions, and it was easier than a blank document or using someone else’s template. It includes forecasting, and prints a professional business plan. I also used an Accounting Workbook for Dummies.

You’ve got to get through the initial learning; general concept, planning process, business plan, etc. It’s very similar to how SFODA’s plan their missions. In SF, you know nothing will go exactly as you forecast, so you can understand what you can adjust as you go. You have your own contingency plans, and business planning is the same. It’s about developing your network and leveraging your contacts from college, SF, the Army, family, friends, other professionals. Talk the plan and you’ll be surprised how quickly you can receive your initial funding.  I talked about my plan, and gained the confidence of others I previously served with.

Be open about what you’re doing and tell people! People get excited about going outside their comfort zone. People will want to help or know someone who wants to help you. Tell them your plan and ask them “What do you think?” It is not about who you know, it is who they know. Money, connections, and support  comes from surprising places.

Running a business is not linear at all, there are multiple lines-of-effort at one time. ‘A’ then ‘B’ then ‘C’ doesn’t work; it’s more analogous to executing a mission while you’re planning it. I adjust and adapt all the time in business. I’m always ‘outside the wire’, the events are non-sequential and often simultaneous. We celebrated our one-year anniversary in November, the growth is good and it was way harder than we anticipated. Do not underestimate the need to educate the public on your brand and service. If it’s completely different, you must educate people and change their mindset.

HJ: What is the key to your success?

Sean: Simple perseverance is the difference. If I had known how hard this was, I might have thought differently. Most start-ups fail because people quit. Put your head down, one day at a time and keep moving forward! Right when you’re up to your nose in quicksand, the sun opens up, the sand goes away and things get better. It’s a cyclic experience. Just like any hard selection event, tell yourself that you’re not going to quit tonight…that you’ll quit tomorrow. Tomorrow comes and you feel better and you keep going until tomorrow again so don’t throw in the towel while you’re under stress! If you still want to quit once you’re out of the stress, then seriously consider it. Also, be patient with progress. It might not be the progress you want to see, at the pace you want to see it at, but any forward momentum is progress.

HJ: For you Sean was it passion or the opportunity?

Sean: For me it was a combination of both, but the passion came first. When I left SF, I gave up great people, with a great purpose, excellent benefits, and good pay. I really saw nothing as an equivalent in corporate.  When I decided to do this, I said I’d be homeless before I gave up on myself. You have to start with a success mindset. If you look around, there is no shortage of opportunity. No one says, “here are the keys to the Lamborghini.” Run down the rabbit hole full speed ahead and achieve what you want.

HJ: Finally, do you have some thoughts on higher education?

Sean: Absolutely. Higher education is a critical element to future success. This franchise isn’t necessarily my end goal. I completed an MBA this year and I know the MBA was key to my growth. You don’t need an MBA to start, but there can be a glass ceiling if you don’t educate yourself. It gave me a strong foundation to have stronger peer to peer conversations with executives and entrepreneurs. The MBA raised my growth potential. Everyone has natural gifts, experience, and education.  You have to push yourself in all three to grow and expand your horizons. Improve yourself so you don’t limit your success!