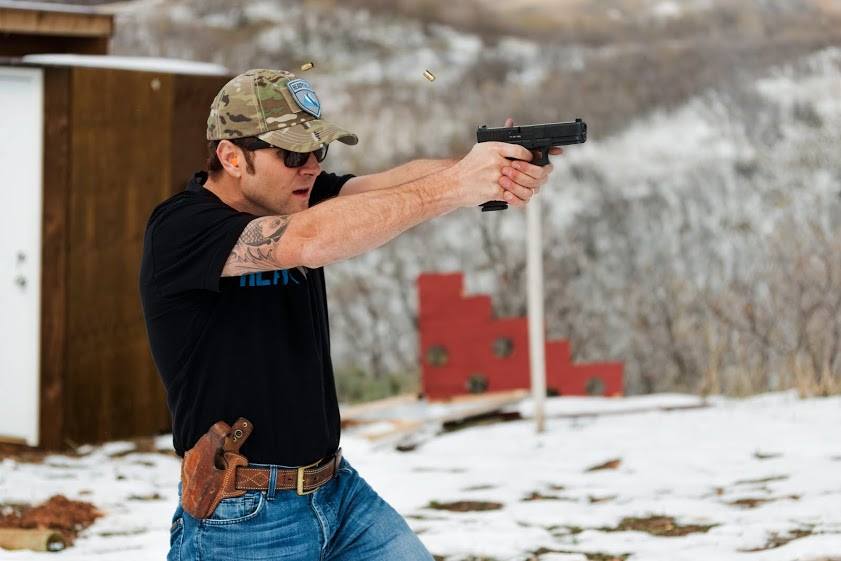 It never seems to end. Every time there is any sort of tragedy that makes the news due to someone killing their fellow man through the use of a firearm, there seems to be a corresponding reaction from some in this country that “gunz r bad.”

Instead of living with the Constitution and what it says about our right to possess firearms, or going through the process to amend the constitution if they feel so strongly about it, they instead try to use backdoor legislation to strip rights and accomplish their objectives.

Luckily, there are enough people in this country with a respect for basic American rights that I don’t think we will see our guns taken away anytime soon. Let’s face it, most firearms legislation ends up failing (New York SAFE Act anyone?), but that doesn’t stop the anti-gun crowd from making ridiculous statements.

So, below I present to you the top five dumbest arguments against firearms ownership!

1. The more guns there are, the more suicide there is. Nope, it depends on the demographic. For men, the most common method of attempting suicide is via gunshot, but for women it is poisoning/over-dose. If you are a teenager or young adult (which is the demographic with the highest suicide rate in the U.S.) than the most common method is to either hang yourself or jump off of something.

Regardless of the method, none of them “cause” suicide. According to the American Foundation for Suicide Prevention, the leading cause of suicide is mental illness, with over 90% of suicide being attributed to this. Besides, no one has ever come across a gun and said, “hmm, maybe I should kill myself with this.” Firearms may be the method in some instances, but are never the reason.

2. Massacres happen because people have access to guns. Sure, some mass shootings have happened, and they are absolutely terrible every single time. But, aside from the Civil War, all the deadliest American massacres have come from non-firearm attacks, 9/11 being chief among them. You can make the argument that 9/11 was a foreign attack, to which I will respond that the Oklahoma City Bombing was not, and that was also one of the deadliest attacks in American history.

Massacres happen because crazy people want to take the lives of their fellow man. They will do this regardless of what weapons they have access to, and if they really want to take a lot of lives they never use guns.

3. The 2nd Amendment only applies to the military, not regular citizens. You could write an entire book on this topic alone, but the bottom line is that when the constitution was written every able bodied adult was expected to fight when called upon, thus making the people the militia. The key words in the 2nd Amendment are not “a well regulated militia” but rather “the right of the people to keep and bear arms shall not be infringed.” It seems pretty straight forward to me.

But don’t take my word for it; take the Supreme Courts word. DISTRICT OF COLUMBIA ET AL. v. HELLER established that the second amendment protects and reserves an individual’s right to possess a firearm, unconnected and regardless of service in a militia, and to use that arm for legal purposes, such as self-defense.

4. Owning firearms won’t prevent an oppressive government. They say, “But it won’t matter if you have guns when the government has drones and missiles.”

This argument is laughable by many, and by veterans of the Army’s Special Forces in particular. People said pretty much the same thing about revolution in the 1700’s against the British, that they had the most powerful navy and army in the world, and near unlimited resources. There is no way a couple of farmers and blacksmiths could rise up and defeat them in the name of their God-given rights!

Obviously those patriots were right in their convictions though. I would surmise that were it to come to that, the same thing would happen today. Would it be bloody and result in a massive loss of life? Like any civil war or uprising, yes it would.

But a few Hellfire missiles do not easily stifle insurgency and revolution. Military history has many precedents that establish this fact over and over again, and solidifies the notion that a well-armed society protects against an oppressive government.

5. We don’t need guns; we have police for our protection. I have absolutely nothing but respect for the Thin Blue Line, and the men and women who routinely put themselves at risk for the safety of their community. In a time of shrinking local and state resources though, law enforcement is not always as quick or readily accessible as it needs to be to prevent crime from happening.

In places like Detroit or other large metropolitan areas, wait times of up to an hour have been recorded when responding to emergencies. It is irresponsible and reckless for us to completely put the safety of our families and neighbors in the hands of law enforcement. They need our help, and cannot predict when or where crimes will happen.

Just like everyone should know basic first-aid for use in an emergency before EMS arrives, everyone should also be able to fend for him or herself until law enforcement arrives.

This article first appeared in The Havok Journal on 28 July, 2015.