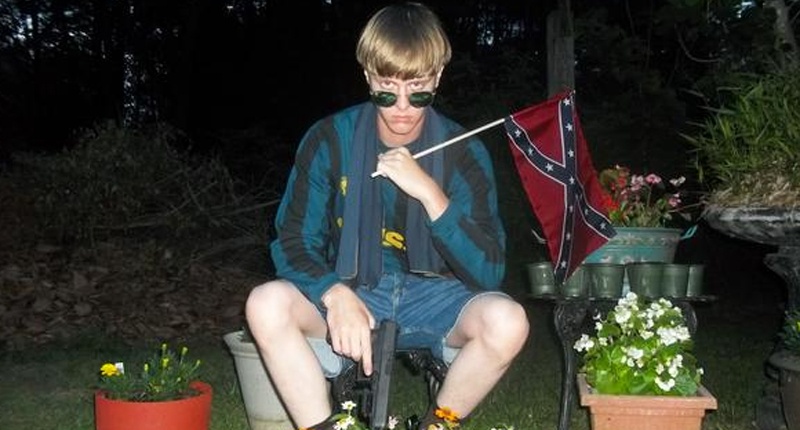 Although he might look it, Dylann Roof isn’t crazy. He isn’t deranged, or disturbed or mentally ill or psychotic. He made rational choices based on his world-view, a perspective vastly different from most of America and what most of us would consider deeply flawed. There’s a major problem with calling him crazy; racism isn’t a mental disorder. It’s a deep social problem that without question exists. That persists. Calling Roof’s attack a product of a mental disorder diminishes the seriousness of the underlying problem of racism in the US.

But, that said, his attack wasn’t just racist. Yes, he’s a racist. Yes, he committed a hate crime. But Roof intended his attack to have much larger implications than just eliminating nine people of a race he hated. He wanted to start a race war. And that is terrorism.

“Terrorism” is defined by the Department of Defense as:

Again, to be clear, Roof wanted a war. War is political, with political goals.

The Patriot Act defines “domestic terrorism” as activities that:

“(A) involve acts dangerous to human life that are a violation of the criminal laws of the United States or of any State; (B) appear to be intended—(i) to intimidate or coerce a civilian population; (ii) to influence the policy of a government by intimidation or coercion; or (iii) to affect the conduct of a government by mass destruction, assassination, or kidnapping; and (C) occur primarily within the territorial jurisdiction of the United States.”

By either definition, Dylan Roof is a terrorist. His attack was designed to intimidate and coerce the civilian population. His target was a high-profile symbol of civil society, particularly the black population. Attempting to start a race war, a civil war, is without question an effort to influence governmental policy and affect the conduct of government.

This is clear cut, plain and simple. And Roof absolutely must be prosecuted as a terrorist, just like the Unabomber and Timothy McVeigh. It’s important to use him to send as strong a message as possible to others who think like him; our civil society will not be threatened by their anachronistic ideology.

He is a throwback to, or perhaps a persistent remnant of, the white supremacist groups like the KKK that conducted anti-black terrorism campaigns across the South from the Reconstruction through to the Civil Rights era and even as recently as the 1990s. Lynchings, assassinations, burning and bombing churches and killing little girls.

He wasn’t just uncomfortable with interracial relationships, as many people still are. Roof perceives them as ‘black men raping our women.’ It doesn’t get much more throwback than that. He possesses a deeply racist perspective, and he made a rational decision based on his fucked up viewpoint. That is, he thought a race war would advance his cause and put all the races in America back into their appropriate cubby holes.

He left a manifesto describing his intent and methodology. He wasn’t insane. This wasn’t an “attack on Christians” or “an assault on faith” as some Republican presidential candidates have lamely waffled. And it is far more than a “human tragedy.” He chose the Emanuel African Methodist Episcopal Church because it was a symbol of the black community in Charleston, not because of its religious symbolism.

We, people who strive to create civilization and reject racial and political terrorism, must acknowledge this attack for what it is, racially motivated political terrorism. We have to recognize that fact in order to proclaim together that a terrorist attack on one part of our society is an attack that undermines the whole of our society. It fractures the rule of law, and we will not allow it.