HomeCultureMilitarySpecial Forces and “The New Originals”: A Cautionary Tale 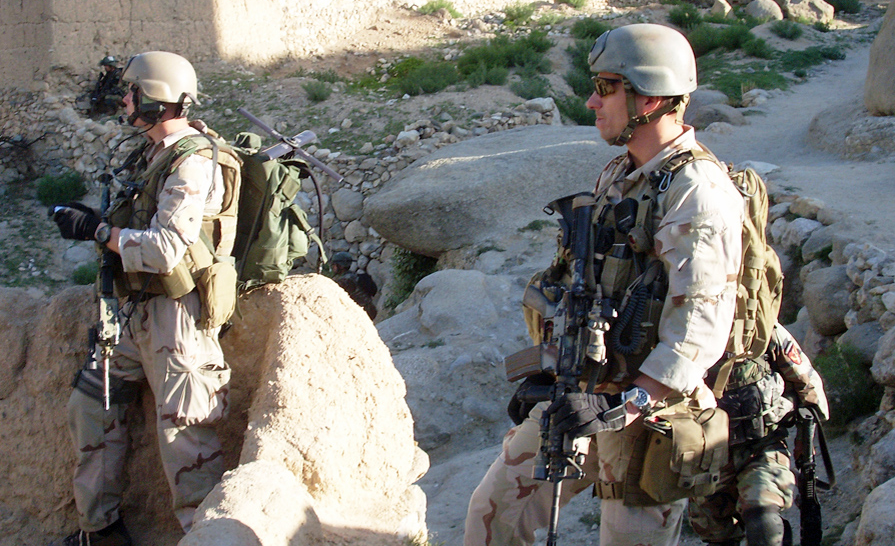 by “A Quiet Professional”

There was once an ODA (Operational Detachment Alpha) that was based on a remote hilltop. They lived quietly amongst the neighboring villages of natives, spoke the same tongue, and were even supported by the villages in many ways. There were never any squabbles, but there were also never any real joint projects to improve the hilltop or the quality of life for the ODA or the Villagers. The ODA kept to themselves, and only interacted when necessary, feeling that their fortified position would fend off any threats and their mere reputation would stop anyone from even planning to take their spot.

One day, another ODA rucked up to a nearby hilltop and started building their base of operations. This new ODA was younger, less experienced, but more energized about the potential opportunities of building up the surrounding villages and creating better relationships through more interaction and communication. Living up to what each one had always been told was the standard of the Green Beret: by, with, and through. At least that was their plan…

The original ODA didn’t take much notice of the new ODA until they started getting more attention from the Villagers. There was a revived energy in the area. The Villagers and this new ODA began creating a real bond of trust that only comes from legitimate, genuine relationships built on mutual respect and a desire from both parties to add value to each other.

The original ODA grumbled to themselves, shaking their heads. “We’ll have to let these kids learn how the world really works.”

Direct overtures were welcomed by the new ODA. They made the trek over to their neighboring ODA hilltop.

‘Let’s work together! We could all work to improve our living situations on this hilltop and defend attacks from the outside that much easier with coordinated efforts.’

This was not what the Originals had in mind. ‘That’s not how things work around here. If you want to get work done, you’ve gotta coordinate through us first. We say whether or not your plan is legit.  WE say what can and will get done in our AO.’

Seeing the writing on the wall, the Newbies said their pleasantries and returned despaired to their hilltop. Not defeated, they decided to continue their work without change. The mission was too important. The hilltop was their new home. Now is not the time to hunker down. Now was the time to build while the enemy was far away.

The renewed energy did not go over well with the Originals. ‘Who in the hell do these kids think they are? Don’t they have any respect for all the time we put into building up this area?’ This perceived disrespect grew to resentment, and eventually open disdain. What should have been natural allies became unnatural enemies, though neither would ever think to escalate to violence.

To the Newbies, what seemed to be a common-sense solution to their optimistically naive minds became a political quagmire that hampered their own efforts from both wasted energy and a loss of potential synergy through joint efforts.

‘What can we do but continue our mission?’ they asked themselves.

‘Focus on the mission. Eventually, we will demonstrate what works best,’ they determined.

A few Originals even developed relationships with the intent to glimpse into the future plans were for the Newbies. These clandestine information operations would have gone unknown, were it not for the many coincidences of plans and strategies becoming common knowledge among the Villagers and the Originals. Only the Newbies should have known these things… the distrust continued to grow on both sides.

One day, the Newbies realized that the Originals seemed so deeply dug into the hills that they ceased coming out except in unique circumstances. Coincidentally, this happened to be when there were opportunities to mingle with the Newbies and gather what intelligence they could, or simply go about their daily business of eating, drinking, and sleeping.

Eventually, the Originals became more and more of a history lesson on the dangers of becoming entrenched in your area of operations and avoiding the relationships with the very people who could make their mission a success — the Villagers. The Villagers are the ones who are truly capable of providing real support with resources, solid intelligence, and heavy manpower to accomplish that which the team could not accomplish alone! The Originals became a cautionary tale of forgetting your strengths.

Years passed… the Newbies continued to grow and strengthen their relationship with the Villagers while improving their access to resources and capabilities. Meanwhile, the Originals continued to maintain their place in the trenches of the hill. If the enemy does come to fight, the Newbies had no doubt that they would fight together and fight well. But there were no longer any expectations of any joint efforts beyond the mundane. And even those efforts were more of a procedure to give the appearance of cooperation. This approach yielded very few results.

Until something really strange happened…

One morning, as the Newbies were sitting around eating breakfast, the leadership began discussing the benefits of digging into the hill and conserving what resources they had as if there were no historical lessons of where that road led.

‘Our mission is to hold this hill, not waste time with the locals,’ one argued. ‘We can’t really relate with them anyway. The further we push out into the unknown, the more likely we will face something we haven’t anticipated. If we lost any engagement, we would be set back months!’ said another. ‘Perhaps digging in would be the best option.’

The rest of the Newbie leadership nodded solemnly.

Hearing this, the younger Newbies were shocked… and frightened. Why in the hell did we come up on this hill in the first place? What was the point of exerting all of that energy and time in building relationships if we don’t expend the resources necessary to grow and solidify them?

All of these fears and more washed over the younger Newbies. Each of them quietly asked themselves, ‘How long before we become the next Originals?’ 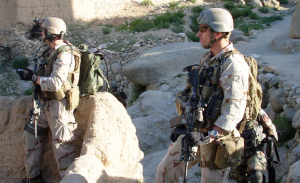