HomeCultureYou Can Own George Zimmerman’s Gun 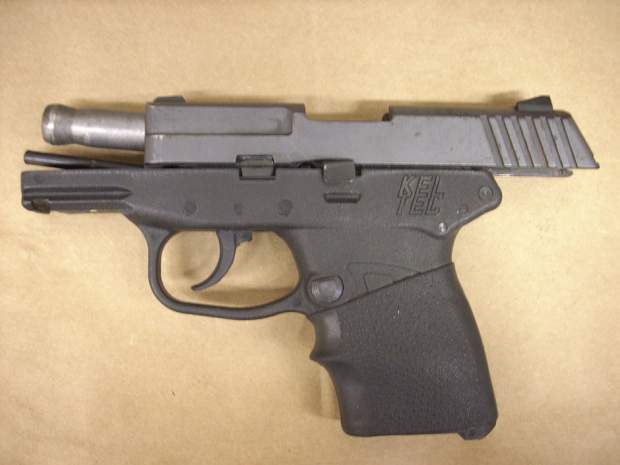 For the low, low price of $500,000, you can own a morbid piece of history:  the gun that killed Trayvon Martin and struck the match that ignited a nationwide political firestorm.

…but if you want it, you better act fast.

As reported in news outlets across the country, George Zimmerman, the self-styled neighborhood watchman who used deadly force to defend himself against a savage nighttime assault by the teenage Trayvon,  put his handgun up for auction on Gunbroker.com.

However, that company, besieged by trolls with usernames like “Racist McShootface” who offered astronomical fake bids, bowed to pressure and took the auction offline.  A check of the site as of today reveals no trace of Zimmerman’s Kel-Tec pistol; indeed, a search of the site using the key word “Zimmerman” yielded only a couple of antique Zimmerman rifles, none of which have any apparent connection to George Zimmerman.

After being turned away by Gunbroker, Mr. Zimmerman re-opened the auction on United Gun Group, where reportedly the bidding opened at $100,000, with a “buy it now” price of $500,000.  However, that site too has now pulled the auction.  The link to the auction is broken, and there are reports that it, too, had been besieged by Internet trolls.

As evidenced by the zeal and persistence of the people trolling Zimmerman’s auctions, many people are outraged that the “gun that killed Trayvon Martin” is up for sale.  For his part, Zimmerman says the weapons is “part of history,” and indicated he intends to use part of the proceeds to fight violence against police officers generated by the Black Lives Matter movement.

With a used Kel-Tec pistol averaging $190-$500 or so on Gunbroker, if Zimmerman does manage to sell his gun for anything close to what he’s asking, he stands to make a very tidy profit.  Of course, that’s a very big “if.”