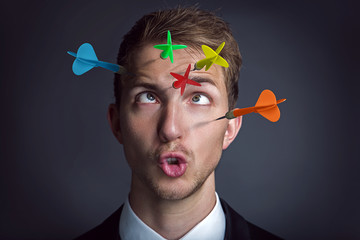 The 5 Dumbest Things Anti-Gunners Have Said
by Shan Swell

So, without further ado, I give you “The 5 dumbest things Anti-gun politicians and celebrities have ever said” according to… me.

Before we get into her dumbfoundingly moronic verbal diarrhea, I need y’all to do me a favor. Look at this picture here, and tell me she isn’t ET’s doppelganger!!!!! I cant look at her without thinking “Elllliiioooot.” Anyway, I digress. Here is her profound logic at work….

We have federal regulations and state laws that prohibit hunting ducks with more than 3 rounds. And yet it’s legal to hunt humans with 15 round, 30 round, even 150 round magazines.”

What. The. Actual. F—? I know my editor will frown upon (and probably edit out) my use of the Ol’ F-bomb but, why didn’t anyone tell me we have a “human people” season?!?! This is huge! Now, I can hunt all these stupid people that irritate the ever living shit out of me. In season, of course, with the proper tags and license. Wait… no. I cant do that. Because murder charges and stuff…

I’m really not surprised by this. She is a clinical moron, so I kind of don’t blame her. I blame Californians for her. Everyone of them. Ever. Except The Govenator, and Ronald Reagan.

Ok, I know I said we’d be talking about “celebrities” in this article, but Jay Mohr is celebrity-ish… right?

Well, actually, he is more of just a douche canoe with a twitter account but he was dope in “The Incredible Burt Wonderstone” as Rick the Implausible. Ok, that’s a lie. That movie was hot garbage. But not as garbage as his ability to connect the dots with his brain scientist caliber comment on his twitter machine.

Let me set the stage for you. The Tsarnev Brothers just committed a cowardly attack on the patrons and participants of the Boston Marathon. They use pressure cookers as bombs to kill 3 people and injure 264. THIS, is what constitutional scholar, Mr. Mohr has to say about it, via twitter.

What bothers me most about today is that we’re getting used 2 it. ENOUGH. 2nd amendment must go. Violence has 2 stop. Culture MUST change

Wow. Yep, that’s it buddy. If we outlaw guns, and remove a piece of our constitution, it will inspire and stop two radical Islamic terrorist brothers from turning fancy crock pots into I.E.D’s. I see no flaws in his logic. Hey, Doc! Can somebody put this clown shoe on a no talking profile? 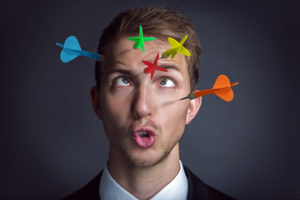 Mother of God, the first one is almost painful to watch. This may be the last living Neanderthal. AT A MINIMUM, he is the dumbest human on the planet. Sen. Kevin De Leon I say unto you… Mr. De Leon, what you just said is one of the most insanely idiotic things I have ever heard. At no point in your rambling, incoherent response, were you even close to anything that could be considered a rational thought. Everyone in this room is now dumber for having listened to it. I award you no points, and may God have mercy on your soul.”

I am not kidding when I say this but, this very well may be the single worst piece of journalism of all time. Literally. I had to read the article 4 times, to get that she really is this dumb. I cant even describe it. You have to read this steaming pile of literary dysentery. Don’t go any farther, don’t read on, just read the article here. Don’t worry…I’ll wait.

Now, do yourself an even bigger favor and read the 6,000+ comments. Half of it is political garbage and bantering back and forth between keyboard warriors. The other half is comedy gold. They roast this broad. You HAVE TO READ THE ARTICLE to understand the comments but, God is it worth it. Here are a few of my favorites:

“I just saw a “salad shooter” on the internet. Are those any good?”

“A gun is just a tool. Much like Kristen Gwynne.”

#1: Gersh Kuntzman – NY Daily News/Author of “What is it like to fire an AR-15? It’s horrifying, menacing and very very loud”

First off, Gersh, if you have never fired an AR-15, what makes ANYONE believe that you would know what a bazooka feels like? That is literally unbelievable. And stupid. But also hilarious.

Jesus. My 2 oldest sons, ages 7 and 11, have shot an AR. They were giddy with excitement. They walked around with sweet little freedom boners all day. Don’t worry, I let them know it was a natural occurrence to being awesome.

C: The smell of sulfur destruction made you sick? Hmmm, that’s weird. I’m pretty sure those are the only two ingredients in the cologne I wear. And I smell amazing. Besides, how much destruction was there to that paper target you shot? I bet just so, so much bro.

Fourthly: This one I legitimately believe. The one where you say you suffered a temporary form of PTSD. I have exactly zero doubt, that a man of your weak and feeble constitution, suffered a debilitating bout of PTSD for a horrific couple of hours following the shooting.

Lastly… have you ever been in close proximity to an explosion? My gut feeling is no. I have. “Loud” doesn’t even cover it. So, shut your stupid sound hole. Btw, bud, bombs don’t make noise. Explosions do.

In closing, these people are some of the idiots that have impact on this whole “Guns are bad, or Guns are good” argument. I don’t care what side of that argument you fall on. Not because I believe everyone should be allowed to “have their own voice” on the subject, but because these ball bags are idiots, and I really only give a shit about my voice in this matter. Like I said at the beginning of this list, this is all according to me.

Update (as 0f 22JUN17):  While Gersh Kuntzman definitely deserved his #1 liberal anti-gunner idiot status last year, he has been dethroned.  The new #1 goes to… Virginia Governor Terry McAuliffe who breathlessly claimed on live television that 93 MILLION AMERICANS KILLED EVERY DAY by gun violence!!!  OMG, all of America will be dead in a week.  Folks do we REALLY need to do something about guns… or about the people who improperly use them, and those who run their mouths about them?