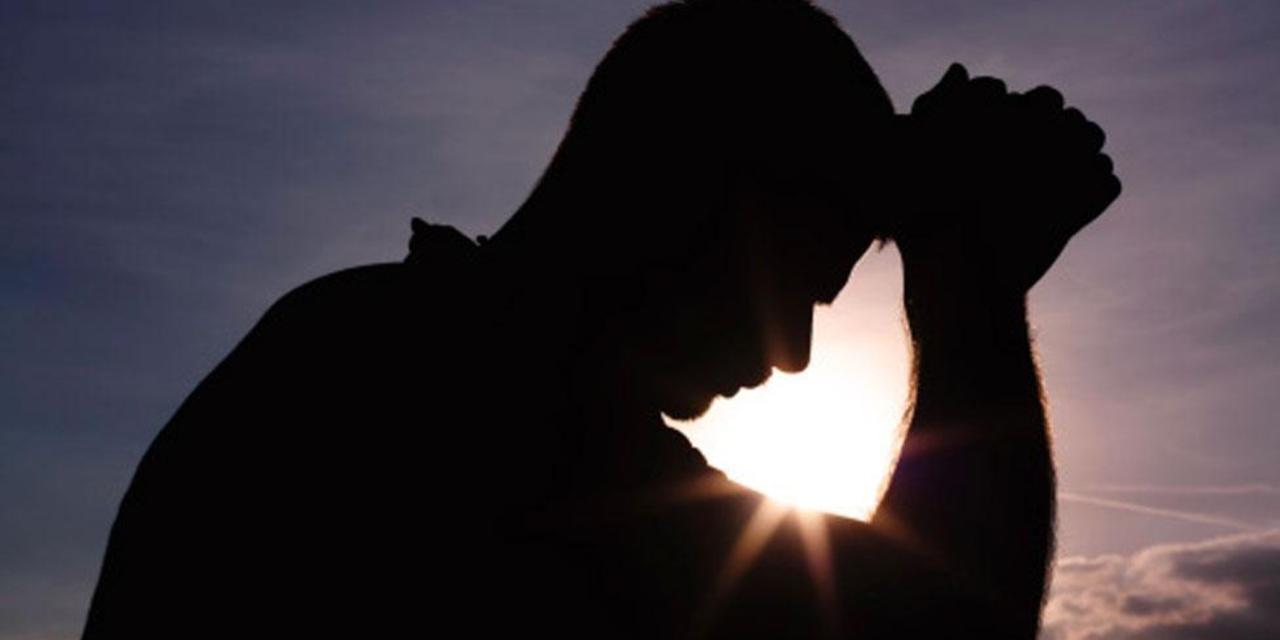 Not All Veterans Think Suicide is Cowardice
by Roy Matthews

Editor’s Note: First-time Havok Journal contributor Roy Matthews provides a powerful counterpoint to regular HJ writer Leo Jenkins’ well-argued perspective on the issue of  veteran suicide. We love to hear from our fans, whether you agree with what we’ve written or not. Especially when it comes to issues like veteran suicides, there is no such thing as too much conversation. You can hit us up on Facebook or via our contact page. This article was originally published August 13, 2014 and is still an ongoing discussion within the Veteran community.

Military or civilian, and no matter where you are in life’s journey, when it comes to your physical and mental well-being you are not alone.  People care about you.  Life is worth living.  Get help when you need it; give help when you can.  Thank you for reading Havok Journal, and keep the comments and emails coming.

Rest in peace to the veterans and civilians alike, who kill themselves every day in America.  May those you have left behind find peace.

I can’t really say whether I’ve truly had a suicide attempt or not. Honestly, I think that if I really would have attempted it, I surely would have succeeded. I mean, without some sort of malfunction, how does one attempt to pull the trigger and not succeed?

Already checked the safety. Definitely a round in the chamber.

But I never attempted to pull the trigger. I’ve never actually taken that step off of the ladder, so to speak. Had the barrel of a shotgun to the back of my skull, leaning backward at an awkward angle with my arms behind me, one stabilizing the butt-stock, the other flirting with the trigger weld, thumb surreptitiously toying with the steel mechanism that’s five pounds of pressure away, give or take, from ending my life.  I’ve been there more than a few times actually, and each time, I chickened out. 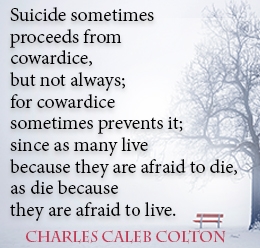 And the truth is: in that time and space between taking the gun away — knowing I don’t have the balls to go through with it– and finally picking myself back up and moving forward again, I feel like a coward. I feel like a pussy for not having the balls to go through with it. I, literally, will self-loathe in the aftermaths of my “failed suicide attempts.”  No-shit, sitting there and feeling sorry for myself because I’m such a coward.

Now I won’t pretend to be a psychologist or someone who studies depression, but speaking from my own experience, depression is anger turned inward. If I could visualize it in a short film, it would be a guy sitting in a dark room getting the shit kicked out him by his inner-self. Like when Jean Claude Van Damme played the role of twins, except instead of teaming up, one would just relentlessly beat the living fuck out of the other. All along, pointing out every fault, every deficiency, every failure. Never letting up; not even when preppy Van Damme is sitting in the miscarriage of a suicide attempt at the front of his beat up Ford truck, shotgun in lap. Nope, Bad Boy Van Damme is still there, reminding Pretty Boy of how big a pussy he is.

That’s how I sum up my depression, at least. I don’t usually use Van Damme as an example, but as far as self-hate goes, yeah, I think the visual of myself kicking my own ass is accurate. The point is: I think if I actually had mustered the commitment to engage the trigger and end my own life, I would argue, that at that very moment I was acting courageously.

Furthermore, I would suggest to anyone who doesn’t think it takes courage to pull the trigger on a loaded gun, to go ask your closest NRA-loving friend for an unloaded gun. Make sure to specify that it’s unloaded. When he/she/he-she hands you the gun, without checking the chamber, stick it to your head. Now place your finger on the trigger and tell me that your heart rate doesn’t pick up, even slightly.  If it doesn’t, that means it’s obviously not the first time you’ve placed a gun to your head. What I’m getting at is: when it’s loaded, and you’re on the brink of laying your brains all over the basement carpet, you’re fucking scared. At least, I was. Needless to say, I didn’t have the courage to go through with it, but if I had, I’d hope that my buddies would have more to say about me than I was a coward.

I wasn’t a coward when it mattered the most. Nor were the many veterans today that had the courage that I didn’t. Nor was Robin Williams, 3 years ago or Chester Bennington this year. If anything, Robin Williams had the balls to do what so many celebrities wouldn’t, and that was come make us laugh in one of the most corrosive environments known to man. I remember when 50 Cent wouldn’t even stay the night or walk around without a flak jacket. So he has more courage than Robin Williams?

Mental illness is no different from physical illness in the sense that it is every bit as real, every bit as painful, and every bit as lethal. Would we call someone a coward who decided to forego the pain of radiation and chemo when diagnosed with stage four pancreatic cancer? They, in essence, are choosing to die. And what if that cancer patient voluntarily OD’d on painkillers to avoid a long, painful death experience? Is that person a coward?

We may not agree with their final decisions, but I believe it is our responsibility to honor them and use the opportunity to reach out to others that may be struggling, not alienating them further. Tomorrow, several other veterans will wake up and over the course of the day, take their own lives. Let’s remind them how important and courageous they already are, and do our best to make sure as many as possible make it to bed tomorrow night.