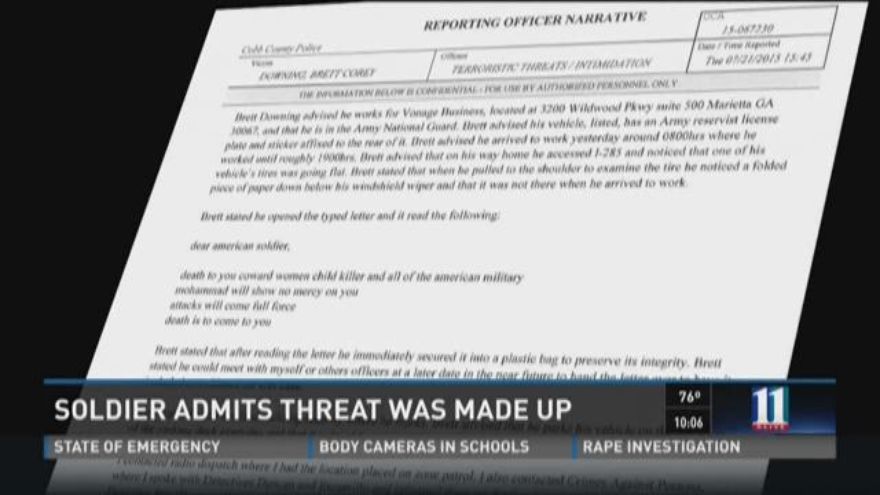 Editor’s Note:  We first published this article about “fake terrorism” last year.  Why are we posting it again?  Because it still needs to be said.

Jihadist terrorism on the home soil is not a matter one should joke around about.  One can have an honest debate about whether it is a small incidental threat which we merely need to be resilient or the opposite viewpoint that it is a serious and fundamental threat to our very existence.  What cannot be denied is there are people out there seeking to harm the citizens of this country and sometimes they can influence American citizens to commit acts of terrorism. 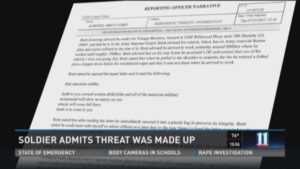 In the past year, we have had people arrested by Federal and State Law Enforcement and we have had a failed attack against Geller and her ilk and a successful attack against recruiters in Chattanooga.  There have allegedly been threats against service members and their families in Colorado and Wyoming.  Certain segments of the media have been in a high hover over the threat of homegrown terrorism and it appears this is going to be a thing which law enforcement and the intelligence services are going to continue to have to grapple.

But then we have this hero.  Mr. Downing is a National Guard soldier who reported on 21 July (5 days after the Chattanooga shootings) a threatening note – allegedly from Islamic terrorists – had been left under his windshield.   He claimed he was targeted because of his Army Reservist plates.  I remember hearing about this story, seeing it reposted in social media, and remarked upon as proof positive of the encroaching threat.

Today, it is reported that Mr. Downing admitted that he made the whole thing up.  There was never any threat made against him or his fellow compatriots.   He was a terrorism rubbernecker trading upon the tragedy which occurred to better men than him five days earlier to spin a fiction which proved to be utterly false.

I find Mr. Downing’s actions infuriating for two reasons.  The first is the time it cost the professionals.  There were likely dozens of Federal and State Law Enforcement Officers and Intelligence Analysts from multiple agencies who wasted hundreds to thousands of man hours investigating this ‘threat’.  This was time taken from other productive pursuits.  There are real threats and lines of investigation which could have been pursued in either counterterrorism or other law enforcement missions but instead, dozens were attempting to get to the bottom of something which proved to be nothing.  When you are in this sort of business, one of the most precious commodities you have is time – something which you never have enough.  The time and energy wasted on this pursuit cannot be recouped and that is a shame.

The second reason it is infuriating is something a bit more important.  The tenor of the latest terrorism chatter is starting to get a bit of shrill and this threat only added to it – in a small way to be sure, but it certainly didn’t help matters.  For some people, the attacks which have happened and the threat of attacks which may or may not happen is creating the same sort of atmosphere which existed back in late 2001-early 2002 and frankly, I know how the story ended and it sucked.  Bad things can and do happen, but to have nonsense like this create a possible and pervasive fear that bad things are LIKELY to happen leads to the sort of self-inflicted wounds which cut the deepest.

This country is an awesome place – but we are capable of being made afraid (i.e. Japanese Internment Camps, ‘Red Scare’ and McCarthyism, etc) and when we are fearful, we tend to forget all about the laws and basic liberties which make this country great and that is the greatest terrorism of all – the terrorism we do to ourselves because of fearful men and women, hucksters and bastards, and terrorism rubberneckers.