HomeNationContemporary AffairsPoliceman, Four Marines Shot Down in Chattanooga: Is ISIS to Blame? 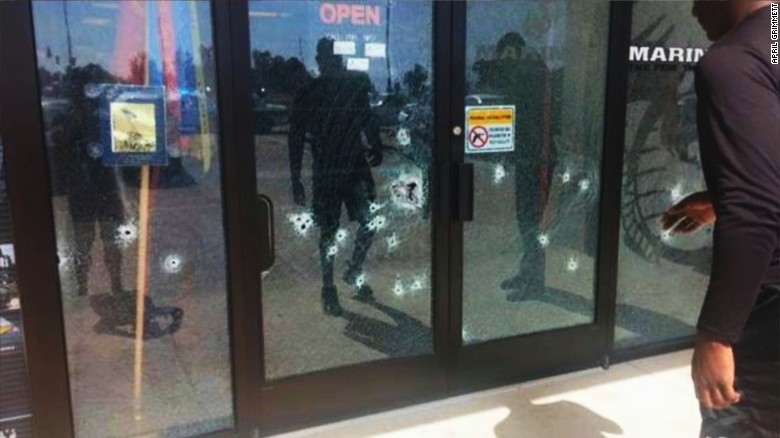 The summer calm of Chattanooga, Tennessee was shattered earlier today by a fusillade of gunfire.  When the gunsmoke cleared, four US Marines and a police officer lay dead, along with the suspected shooter.

As is usual with these kinds of breaking stories, details are still sketchy and some of the reported “facts” are contradictory.  But it appears that at least one gunman opened fire at two military locations, a recruiting station and a Navy Reserve center.

Unfortunately, this issue is not unique, nor is it even unusual.  Our armed forces have often been the target of terrorist attacks, and ISIS has called for its members to go after US forces here.  So was this “just” another deranged individual looking to settle the score, or was it another salvo in ISIS’s war against the US?  And when will Congress allow service members to carry weapons to protect themselves while on duty here in the US?  The irony of the sticker on the door is not lost on us. 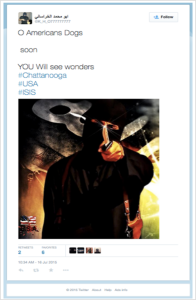 Many people will read this article and say “It’s too soon to say that this is terrorism.”  That’s true, and if we find out that it was something else, that’s fine.  But other news outlets are already posting screen captures of tweets made by an ISIS-affiliated account that appear to be warning of an impending attack in Chattanooga just yesterday, and the suspected shooter’s name happens to be Muhammed Yousef AbdulAziz.  Perhaps it’s a coincidence.  Perhaps the tweet is a fraud.  Perhaps the news got the suspects name wrong.  Regardless, it’s not too early to start asking questions.