HomeNational SecurityDefenseISIS Goes Gold: Are They Marching Towards A Legitimate State? 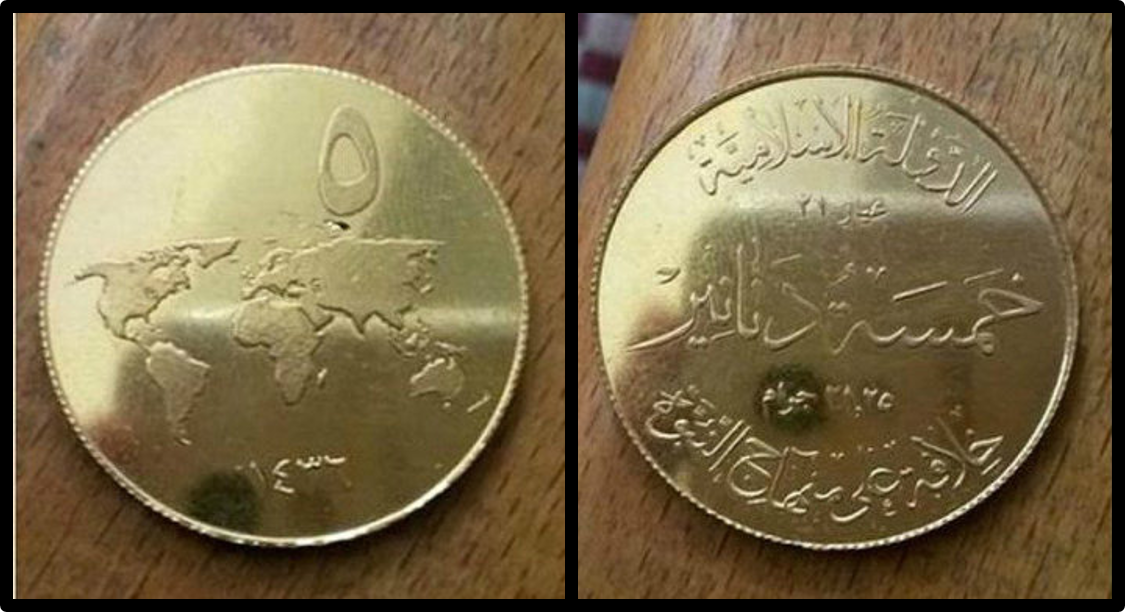 In an interesting plot twist in the unfolding saga that is the Islamic State, the fundamentalist Islamic terrorist group recently announced that they have begun minting their own money.

The Islamic State is basing their new currency on precious metals, basically re-establishing the gold standard, which the US and most of the rest of the world abandoned many years ago.  Despite the anachronism of the gold standard, and the difficulty in securing precious metals for use in currency, the move makes sense.  The economy of the Islamic State is based almost entirely on the black market exportation of oil.  Any attempt by the IS of producing and distributing paper currency would face credibility and acceptance issues as well as large scale counterfeiting.  Therefore, putting “gold on the table” might be the only way for the Islamic State to have their money taken seriously.

While most economists will correctly point out that the currency will only be accepted on the black market and won’t be much use commercially, the move is more importation symbolically than practically.  This is because establishing and exchanging its own currency is ISIS’s latest step in its march to become a legitimate state.  Already, the nascent They collect taxes, they have a coherent identity, they control territory, they maintain order within their territory, and now they make their own money.   In addition to the prestige of having one’s own currency, ISIS sees this move as a rejection of the “satanic” US dollar, to which much of the world’s modern economy is pegged.

ISIS dinars will likely become collectors’ items for the outside world due to their rarity and novelty.  But they won’t come cheap; even if one had access to a supplier within the Islamic State, a five-dinar coin will cost approximately $700.