HomeNationContemporary AffairsISIS Planning For A “Big” CONUS Operation, Possibly As Soon As Today 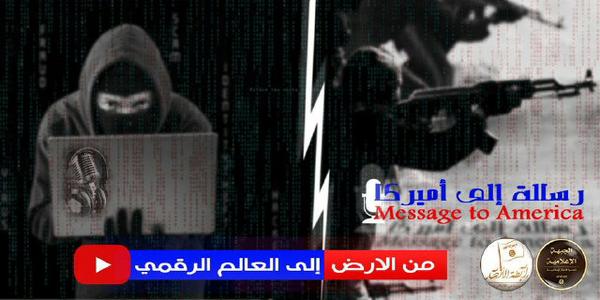 “ISIS plans to attack America!!” is a pretty common headline these days. That’s not surprising; ISIS has wanted to attack us here in the Continental United States (CONUS) since the moment they were formed, and have been running their mouths about it ever since. Up to this point ISIS’s threats, and more importantly their ability to carry them out, have been somewhat limited; some might even say laughable. But there are enough indications and warnings out there that it might be time to up our collective personal security a notch or two. I’ll explain: 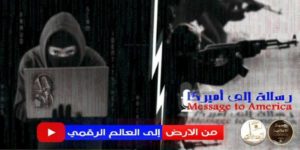 The most recent headline involving ISIS’s sinister plans to attack innocent people in the US comes from a “Message to America” warning that “something big” is going to happen here in the United States today, 11MAY, at 2PM Eastern Standard Time. That is about a half hour away from the time I’m writing this article.

Ordinarily I wouldn’t give these pronouncements much thought, given that they are posted on sites of questionable reliability and involve claims that are dubious at best. However, given my understanding of ISIS’s capabilities and intent, their demonstrated capability to effect domestic radicalization of US citizens, and the recent increase in security at US federal installations, including all CONUS military bases, makes me take this threat a little more seriously.

Until recently, ISIS attacks inside the US have been more aspirational than actual, for some very practical and pragmatic reasons. It’s one thing to shout “Death to America!” while you’re safely eating shawarma with your Daesh buddies in downtown Falluja, it’s entirely another to try to get your jihad on here in the US… as demonstrated recently in Garland, Texas. It’s also a lot harder than most people think it is to get highly trained and motivated Islamist fighters inside our country and get them to a place ISIS would want to attack. Additionally, the whole world is starting to get really, really tired of ISIS’s shit, and are targeting them in multiple ways. It’s a lot harder to go on the offensive if you’ve got to play defense all the time.

While I loathe ISIS and all Islamic terrorist groups will all my being, it would be dangerous for any of us to underestimate them. They have killed Americans in Iraq and Syria, and they clearly desire to do it here as well. Garland, Texas was not a one-off event; just because it ended 2-0 in favor of the good guys doesn’t mean that the bad guys have been scared off. In fact, for reasons I will explain in a separate article, ISIS sees the Garland attack as a victory.

So what should we do given these latest indications and warnings that “something big” is going to go down in the near future? Here’s my suggestion: be aware, but don’t over-react. Over-reacting helps ISIS’s cause. Don’t delete all of your social media, don’t go scraping stickers off of your car, don’t cower in intellectual or physical fear. Live your lives; stop being afraid and start being proud of who you are. You’re Americans in America; for God’s sake act like it.

While you’re out living your lives and not being afraid of ISIS, don’t start looking at everyone with dark skin and a beard as a threat. You can’t tell if someone is a terrorist simply by looking at him—OR HER—so stop trying. Stop judging people by what they look like and start judging them by what they say or do. But if you see someone doing something suspicious, don’t be afraid to ask questions and/or inform authorities if you see something suspicious. It doesn’t make you a racist, an Islamophobe, or anything else for you to be an observant and responsible citizen.

Good luck out there; be safe, report anything suspicious, and Freedom On!