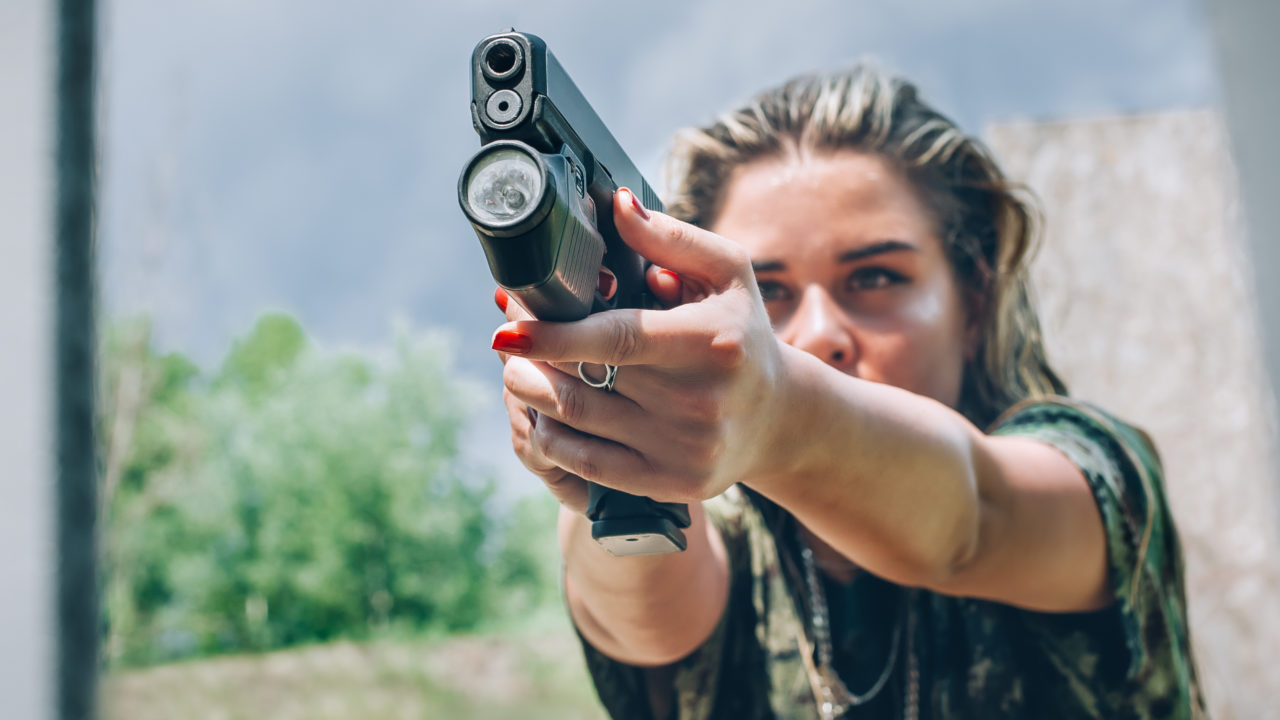 The terrorist attack carried out at the Paris, France headquarters of the Charlie Hebdo newspaper offer proof of a fundamental mantra:  “when guns are outlawed, only outlaws will have guns.”  Guns are largely illegal inside France; certainly, the AK-47 style weapons used to gun down reporters and police officers can’t be bought over the counter.  Yet, the two Islamic terrorists had no problem getting their hands on these weapons, and since no one (not even the police officer they murdered) had guns of their own, they were able to murder their way around France at will until they were finally brought down in a blaze of gunfire.

By now many will have seen the video of two of the terrorists emerging from their vehicle, in brought daylight on a Paris street, to gun down a hapless (and apparently unarmed) police officer.  The murder was filmed by a bystander from his upstairs apartment.  How much different would the situation have been if, instead of holding his smart phone and recording the event, the bystander pulled out his own gun and ended it altogether?  It wouldn’t even have to be an AK-47 like the one shown in this picture.  A hunting rifle, or even a handgun, in the hands of someone trained and WILLING to use it, could have saved lives.

So what is the solution?  The reaction to an earlier attack carried out by Islamic terrorists in a different country might be instructive.  In the wake of yet another Islamic terrorist attack in Nigeria in October 2013, the Secretary General of Interpol advised that the solution to preventing such attacks in the future might include allowing responsible citizens to arm themselves.  “Societies have to think about how they’re going to approach the problem.  One way is to say we want an armed citizenry; you can see the reason for that. Another is to say the enclaves are so secure that in order to get into the soft target you’re going to have to pass through extraordinary security,” he said.  How is it that Interpol, the European police organization, got this particular issue so right when so many in the US get it dead wrong?

A foundational principle of our country was self-reliance, illustrated by the specific right to protect life, liberty, and property and the right to keep and bear arms. One of the corollaries to that right is the responsibility of armed citizens to be called for militia duty – which also makes that gun owner operator responsible to maintain proficiency and safety with those owned weapons.  Over the years, however, our national tradition of ruggedness and self-help has devolved to the point that we have become a nanny state where many citizens feel it is somebody else’s responsibility to protect them and seek to keep guns out of the hands of everybody but those now charged with their protection.  The problems with this line of reasoning are many, but among them is the fact that our national security apparatus can’t be everywhere all the time… at least not in a way in which our country would still look like the Land of the Free.

Moreover, many people simply do not realize that the organization that most citizens believe is responsible for their security, the police force, does not even have a legal requirement to come to a citizen’s aid even when there is a problem.  The false safety of the unarmed populace “protected” by heavily-armed police is exacerbated in areas like NYC and the Greater Chicago area, “Gun Free” zones that have more shootings than cities and towns where a higher proportion of law abiding citizens are armed with legally obtained and owned guns. This paradox, which amounts to “polite society” in which the people are presumed to be armed, parallels Robert Heinlein’s oft-quoted mantra, “an armed Society is a polite society.” This is because in a society where all responsible citizens can and do carry firearms, potential malefactors do not know who has the ability to meet with equal yet opposite force.  This has a definitive deterrent effect, and when deterrence fails, armed responsible citizens can protect themselves and others.

The average citizens’ willingness to outsource personal security comes at the same time that armed violence is on the increase in the US and in much of the rest of the world.  Several recent high profile attacks, such as the Fort Hood and Washington Naval Yard murders, and now the Charlie Hebdo incident, show two things clearly:  1) it’s too easy for people who shouldn’t have guns to get them; and 2) it’s too hard for people who should have them, to legally be able to carry firearms in places they might need them. 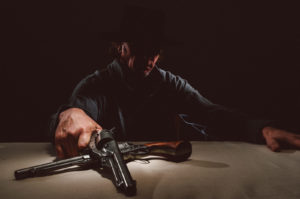 Many law-abiding citizens do carry firearms for self-defense, and many others would if they were permitted by law.  But the US is a confusing patchwork of gun laws, with rules differing radically from state to state, and in the case of New York, even within a state itself.  Instead of helping to curb violent crime, these types of laws merely ensure that the people one would want to have firearms “should the need arise,” are utterly disarmed in the face of people who couldn’t care less about our laws or our lives.

The Fort Hood shooting is a case in point.  13 US service members were gunned down by one of their own, a self-radicalized Islamist who chose to ignore the prohibition against carrying a firearm on a military base, and blazed away at his comrades who followed the rules and allowed themselves to be disarmed.  In this situation, and in many others, the very people who are charged with protecting vital American interests overseas though the use of firearms, cannot be trusted to carry civilian weapons to protect their own life, liberty, and property within the borders of their own county.  It has been this way for so long, that most Americans don’t give the hypocrisy of this condition a second thought.

We, as a nation, need to change.  The Secretary General of Interpol recognizes this, why can’t we?  After implementing an effective training, mental health, and background check program, eliminate the “no guns on post” rule and allow service members to carry concealed handguns anywhere such weapons are permitted, regardless of state or local ordnances.  Create a national licensing system of universal reciprocity for gun permits, exactly like there is universal reciprocity for drivers licenses.  As the Secretary General of Interpol states, and as many US citizens believe, a solution to the kinds of mass violence that we’re seeing in today’s world is MORE guns in the right hands, not fewer.

The nations of Western Europe have much to learn from incidents like the Charlie Hebdo massacre.  And so do we.