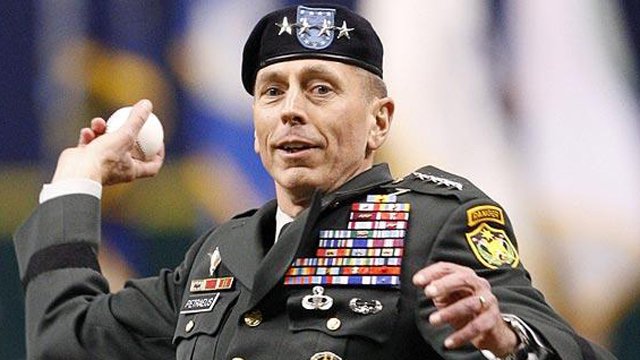 In a curve ball move that surprised many, former US Army superstar David Petraeus pled guilty to misdemeanor charges of mishandling classified information and will likely face two years of probation and several thousands of dollars’ worth of fines, several news sources reported Wednesday.

The legal troubles are the latest setback for the retired general, who rose to fame as the primary architect of the Counterinsurgency or “COIN” strategy that is often credited with helping (temporarily, as it turned out) turn around the situation in Iraq.  He later replaced General Stanley McChrystal as head of the military effort in Afghanistan, after an unfortunate (and, as it turned out, largely inaccurate) article in Rolling Stone led McChrystal to tender his resignation.

After Petraeus retired from the Army, he went out to a prestigious assignment as head of the Central Intelligence Agency, where he served as the agency’s director before being ousted under a shroud of ignominy after a lengthy investigation revealed the general’s sordid affair with his personal hagiographer, Paula Broadwell who, like the general, was an Army officer and married to someone else.

While the plea deal forestalls a trial and likely avoids a stiffer sentence, it is still a big setback for a luminary trying to repair his shattered public image. Fortunately for him though, the American public tends to have a short attention span, especially when an announcement like this takes place — not coincidentally — on the same day as the prime minister of Israel delivers a much-anticipated and highly-controversial speech to Congress.

I never worked with General Petraeus and I have no insight into the charges against him. I do think he did some important things for our military, particularly in Iraq and Afghanistan. But I also feel strongly though that if he is guilty of misconduct — and by his own admission he is — then he should pay the price.

I also think the investigators need to take a long, hard look at Paula Broadwell. What, exactly, was she doing with all of that information she was extracting from her paramour? It seems clear that she didn’t have a clearance or need-to-know to have it, and she couldn’t use it in the biography she was writing about Petraeus, because everything in it had to be unclassified. So why did she want it? What did she do with it? And more importantly, who did she share it with? Those might be more important questions than the ones that have already been asked.