HomeCulturePunishing Petraeus: What Was The Real Reason The Obama Administration Went After His Stars? 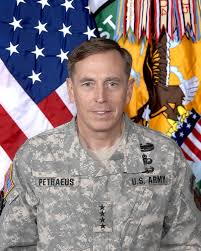 As the investigation into presidential frontrunner Hillary Clinton continues to go nowhere, I’m reminded about another recent investigation into another of President Obama’s former administration:  General (Ret.) David Petraeus.  You might recall that General Petraeus, a decorated and highly regarded war veteran, was already investigated once; an action which spurred his resignation as head of the CIA.  But more recently, there was a second investigation, one to determine whether he should, in retirement, be stripped of one or more of the stars he earned while on active duty.

It’s not in doubt that Petraeus shared things he shouldn’t have with his former mistress.  He has already been punished for that.  But because now it appears Petraeus may have shared them with her while he was still on active duty, the administration has an opportunity to further punish him, this time “administratively” versus “legally,” by stripping him of one of his four stars.  This is a perplexing and troubling move.  If we were really going to punish Petraeus for what he did, shouldn’t we have gone “all in” (see what I did there?) the first time around?  If he lied about the notebooks during the investigation, no issues; let’s go after him for that now.  But if he was on the level it seems at a minimum very odd, if not downright petty and vindictive, to come after him again, after he was already charged, plead guilty, and received punishment for his transgressions.

Reduction in rank is a common enough practice for officers guilty of serious misconduct; the goal is to reduce the offender’s rank to that at which he last served honorably.  In Petraeus’ case that would be lieutenant general, or three-star.  This is no small move; Petraeus stood to lose tens of thousands of dollars  in retirement income every year if he lost a star.  OK fine.  But didn’t we already do the “punishment” thing with Petraeus once?  Why did the administration take another bite at the apple?  The move, and its timing, seemed highly suspicious.

Many people, including me, feel like Petraeus got a slap on the wrist, getting a sentence that included probation and fine.  He should have been punished more severely.  But the punishment was what it was, and it’s time to move on.  This investigation never had a prayer of resulting in any findings against the politically-well-connected Petraeus.  And putting the Petraeus situation back in the spotlight only re-raises an ugly chapter in the Obama administration’s past.  So the fact that the administration allowed (enabled?  encouraged? directed?) the Pentagon to after Petraeus again sends  a pretty powerful message.  The question is, “to whom?”

People will say “it’s a message to the military that everyone is held accountable, ” or “it’s to boost the morale of troops who think Petraeus got over on the system.”  I don’t buy it.  We all already know that the “different spanks for different ranks” policy is alive and well within the US military.  Moreover, the administration never seemed particularly concerned with morale in the ranks, or (despite the President’s claims) of taking any meaningful action against people who leak or who “mishandle” national security secrets.

So again, who, exactly, was this a message to?  Some say it is a message to Petraeus himself, to make sure he doesn’t act upon any of his reputed presidential ambitions.   Some say it’s a message to leading Republican political candidates who see the former general as a potential vice presidential running mate.  And some say it’s a signal that maybe, just maybe, the Obama administration is finally about to do something meaningful about former Secretary Clinton’s alleged mishandling (and potential compromising) of sensitive national security information.  But I wouldn’t put too much stock in that last one.