Yale To Drop $400 Million Into Crypto Investments
by Scott Faith

When your endowment is over $30 billion, I guess you can afford to take a few risks.

According to a recent article on Bloomberg, Yale University, one of the world’s top institutions of higher learning, is getting into the cryptocurrency game.  According to reports, Yale has dropped, or will drop, significant funding into a $400 million dollar investment into the crypto market, banking on the belief that the recent turmoil in that commodity is short-lived. 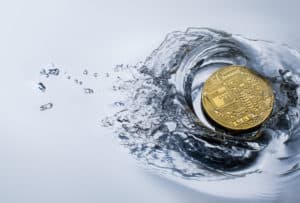 This is news for a number of reasons, included the size of the investment and the organization doing the investing.  Most institutional investors shy away from the volatile crypto market, preferring stability and growth over big risks.  But Yale puts more than half of its investment money against “alternative” investments, of which crypto now is one.

Yale has a lot of smart people investing their money (11% return a year), and more than their share of people who really understand economics.  Based on past performance, this investment will probably work out well for them.  If they do make money on this investment, I hope they make wise use of it and don’t throw it down the social grievance black hole like they have been doing lately.