HomeLeadershipLeaders: Myth and Reality – A Review 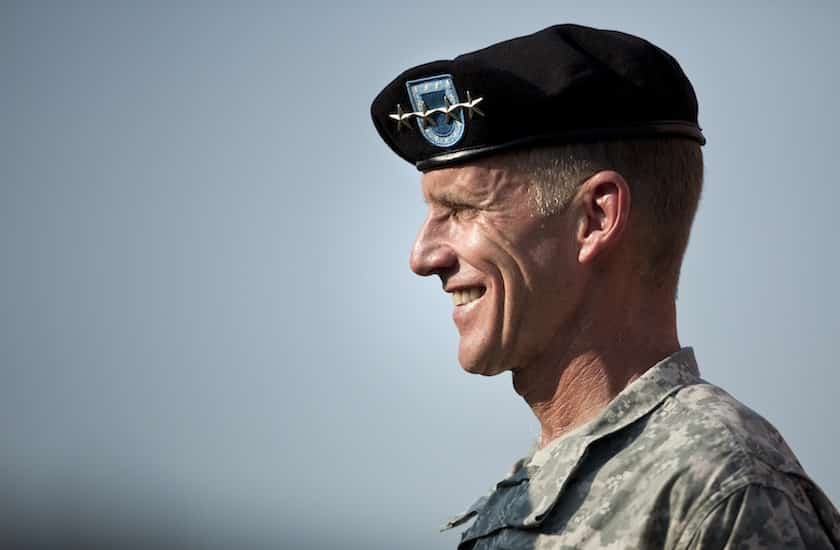 This first appeared in The Havok Journal on December 21, 2018.

When many big names in business, politics, and pop culture sit down to pen a new book, they tend to capture personal exploits, successes, accumulation of wealth, awards, and achievements.  In the bestselling release of Leaders: Myth and Reality, GEN (Retired) McChrystal and his co-authors manage to approach the topic of leadership with a focus still on individuals, but with a healthy dose of humility and an interesting twist.  The success attributed to an individual leader is likely just as much about the followers and environmental factors than many would like to admit.

GEN (Ret) McChrystal breaks down the elements through the comparison of 6 different pairs of leaders. I appreciated the truth on the pages of their candid examination of these leaders, how they led their followers, how their followers contributed to their success, and how the myriad of variables that could influence the outcomes upon which so many leaders’ careers get judged by history.  The authors highlight many factors that are often outside the locus of control of the leader’s influence.  One thing leaders always control is the effort they put forth in whatever endeavor they choose to lead.  They also touch on three key myths surrounding leadership, while re-examining the definition of leadership and proposing a new one.

I personally appreciated the most controversial portion of the book, where GEN McChrystal courageously takes a fair examination of the aura surrounding the Confederate General Robert E. Lee, and what was fact or proliferated fiction behind both the man and the leader.  He touched on something I discussed and debated with friends for years now.  General Lee, for all his good qualities and historical like-ability, demonstrably abandoned his country in a time of need to support an immoral cause. I imagine this criticism has not been warmly received by the entire readership, but challenge others, as the authors routinely do throughout the course of the book, to objectively evaluate those who lead.

What we often find is those who are most effective aren’t always the most moral, humble, or likable, but quite the opposite.  In fact, sadly we often learn as much about leading from those we despise or desire not to follow and strive to lead in ways we think span the opposite end of the spectrum.

If slogging through a 400-page book isn’t quite your thing, you can download the e-book on your Kindle, or listen to it on Audible, including the prologue and epilogue dictated by the former JSOC Commander himself.  Not every day you can have the former leader of all the coalition forces in Afghanistan read you a bedtime story.  As a military officer, I thoroughly enjoyed reading about such a diverse grouping of leaders that spanned professions, races, nationalities, religions, and gender, giving all aspiring leaders varying prisms to view leaders and leadership, and how many variables must truly be considered.

From Harriet Tubman and Abu Musab al-Zarqawi to Albert Einstein and Walt Disney, the case studies on history gives every reader pearls of wisdom to pull from the book and practical application to consider as students of both history and the ever-elusive journey of leading.  Regardless of the size of the organization you lead, the composition of the followers, or the field, you’re a part of, leaders of every stripe can learn something from GEN (Ret) McChrystal’s book on the myth and reality of historic leaders.

General McChrystal concludes with a frustrating reality and challenge to the rest of us: “I came to an accommodation.  I will never master leadership, and yet I will never cease the effort to do so. Faced with uncertainty and change, I will seek to adapt where I can and endure where I can’t.  Success, I’ve found, doesn’t always mean you got it right, and failure doesn’t mean you got it wrong.”[1]  Ultimately, leadership is a process, not a destination.  Leading can be a lonely journey.  But through the historical examination of other leaders, we can gain solace in knowing there have been others like us in the past, and follow both their steps and missteps, while striving for better ways to lead in the future.

Major Mike Kelvington grew up in Akron, Ohio.  He is an Infantry Officer in the U.S. Army with nine deployments to Iraq and Afghanistan.  He’s been awarded the Bronze Star Medal with Valor and two Purple Hearts for wounds sustained in combat.  He is a graduate of the United States Military Academy at West Point and holds master’s degrees from both Princeton and Liberty Universities.  The opinions expressed above are his own and do not represent the official position or endorsement of the U.S. Army, the Department of Defense, or the U.S. Government.

Major Mike Kelvington grew up in Akron, Ohio.  He is an Infantry Officer in the U.S. Army with experience in special operations,  counterterrorism, and counterinsurgency operations over twelve deployments to Iraq and Afghanistan, including with the 75th Ranger Regiment. He’s been awarded the Bronze Star Medal with Valor and two Purple Hearts for wounds sustained in combat. He is a graduate of the United States Military Academy at West Point, a Downing Scholar, and holds master’s degrees from both Princeton and Liberty Universities. The views expressed on this website are his own and do not necessarily reflect those of the U.S. Army or DOD.