HomeCultureBooksLeaders: The “Myth and Reality” of Zarqawi and Robespierre 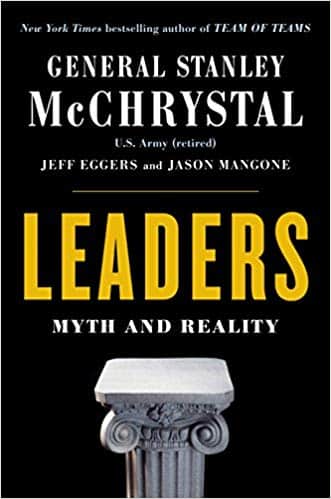 This is an excerpt from Leaders: Myth and Reality by General (Retired) Stanley McChrystal, Jeff Eggers, and Jason Mangone. The short read below, provided courtesy of the authors, highlights and contrasts two infamous leaders that history remembers as Al Qaeda in Iraq’s Abu Mussab al Zarqawi and the French Revolution’s Robespierre. If you want to know what The Havok Journal’s writers think about the book as a whole, check out Mike Kelvington’s review, located here.

The prison guards somehow missed the razor blade hidden in the folds of a visitor’s clothing at Swaqa, the largest prison in Jordan’s notorious penal system. Given the prisoner the visitor was going to see, the guards should have been more thorough.

After a friendly embrace, Zarqawi’s visitor set out to do what Zarqawi had requested. Peeling back his right sleeve, Zarqawi revealed a tattoo of an anchor on his forearm. The ink was more than just a colorful remnant of his thuggish youth. Fired by religious zeal, Zarqawi despised the tattoo because his newfound creed forbade it—it was haram. Zarqawi had already tried, unsuccessfully, to scrub the embarrassing ink away with household bleach. The smuggled razor blade would be his latest attempt to be rid of it.

Zarqawi sat patiently as his relative used the blade against his bared skin—holding still as long, bloody slices were cut into his forearm around the anchor. His skin was flayed in successive sheets until most of the image had been scraped away. When finished, the visitor used makeshift sutures to bind the gash shut. Satisfied, Zarqawi rolled down his sleeve and returned to his cell block.

The anchor tattoo that Zarqawi had sliced off represented a prior life of vice and underachievement he was eager to be rid of. But the true power of Zarqawi’s removal of the anchor tattoo lay in the overt commitment it broadcast. He ensured that fellow prisoners had seen his effort to scrub away the tattoo with bleach, and when they saw the razor’s wound, it was not simply an act of devotion. It was leadership by example, exactly how most soldiers are taught to lead. By his actions, Zarqawi was not only the most pious of their kind, but the toughest.

The moniker of “zealot” implies the erasure of conventional boundaries of behavior, where anything is justified in support of a goal. Leaders who inspire others to seemingly irrational commitment are a special breed, ones who can generate hurricanelike winds of disruption and change. For as long as it lasts, it can be hugely effective: zealous leaders have a magnetizing effect. They’re able to push followers beyond normal frontiers of reasonableness. Occasionally, that fervor is used for moral ends. Often, and devastatingly, it’s not.

As many readers of this journal know, Zarqawi’s time in Swaqa prison in the 1990s was one of self-actualization. It’s where he came into his own as a leader, eventually propelling him to the leadership of al-Qaeda in Iraq. Even after his death, he’s become a mythic figure used to animate ISIS. The in-your-face, on-the-ground Zarqawi has, to many fighters, achieved a status that even figures like Usama bin Laden could not.

A little over two hundred years prior to Zarqawi’s ascent to power in Iraq, France too stood on the brink. With blood and foment, another zealot emerged to focus minds. For much of the French Revolution, armed civilians and rebel groups tussled with royalist forces for control of Paris’ streets. It’s strange to think it today, but eighteenth-century France was not so different from the lawlessness of Iraq in the early 2000s.

Yet the zealots who have come to symbolize each environment held unique leadership positions and optimized themselves uniquely to them. The man now synonymous with leading the young republic through this period—Maximilien Robespierre—would never have been caught among the armed mobs of Paris.

Unlike Zarqawi at the bloody peaks of Iraq’s civil war, Robespierre was not a frontline leader to be found rallying the troops in war-torn areas. In fact, the night France’s monarchy fell—perhaps the most pivotal moment of the entire Revolution—the young lawyer from the northern town of Arras spent the day writing and talking. For most of his adolescent and curtailed adult life, Robespierre was locked up in his bedroom with little more than his thoughts and bundles of paperwork as company. France’s de facto revolutionary leader was a wordsmith more than he was a fighter.

Zealots aren’t just bloodied and anarchic: their causes can be meaningful and even noble. Like AMZ, Robespierre had a fanatical commitment to the cause he fought for—the ascent of a utopian and virtuous French Republic. That society, Robespierre hoped, would replace the corrupted monarchy that the country had long been suffering under. And expectedly, he failed. Like AMZ in Iraq, he left a tumultuous country behind in shock and chaos.

The Revolution was a violent, frightening journey into the unknown for a nation that had long been settled in a known misery. As it lurched forward, tentative and uncertain, Robespierre was an icon of authenticity, one whose words were a confirming touchstone in unfamiliar times. His slavish commitment to his cause saw him become known as “The Incorruptible” during the Reign of Terror, a period which stained the young French Republic with the blood of up to forty thousand citizens. An intellectual mouthpiece within a broader radical wing of revolutionaries, Robespierre offered the people of France a clear, simple vision for what was possible.

In a speech in 1794, as he saw his country falling apart around him, he explained how “Terror is merely justice, prompt, severe, and inflexible. It is, therefore, an emanation of virtue and results from the application of democracy to the most pressing needs of the country.” Most effective political leaders are forced to compromise, or at least to adapt, their ideals. Robespierre had the opportunity to meet a revolution where he could be effective, at least for a while, by being uncompromising.

Robespierre and AMZ had a short shelf life as leaders, and both met bloody ends. Yet it remains difficult to explain and awkward to rationalize these zealots’ unique effectiveness as leaders. No leadership book today would suggest tactics or traits akin to what our zealots pursued. But as with both Robespierre and Zarqawi, grudging respect, and often admiration, is given to those who are so totally committed—no matter how appalling the results. 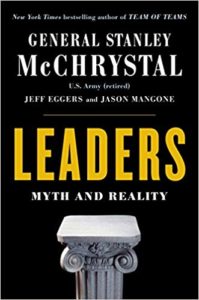 Rare is it that zealous leaders last long: the persuasiveness of their ideas erodes as the bodies pile up and the mythological mirage they strive for becomes ever more distant. All zealots exhibit a sense of absolute righteousness to their cause. In itself, this may be no bad thing: often, we’d rather have politicians representing us who have high fidelity to the ideals they espouse. Likewise in service, some of the best soldiers I encountered carried out their duties with a simple, absolutist clarity that I found at times both enviable and reassuring. But in periods of upheaval, where hate is rife and ethical north stars are lost, self-righteousness and unrestraint allow zealous leaders to pursue their causes with ruinous effect.

In any situation, leaders will emerge whose currency is their legendary fidelity to group ideals. The example of a leader living in purist accordance to a code of conduct is a powerful motivator and source of common identity. When the underlying situation is one of chaos and violence, though, it’s easy for those same behaviors to push us in dark directions. Zealots appeal to a part of our nature that craves stability and is easily enraptured by the self-righteousness of a committed individual. Leadership is like that: it can do just as much harm as good. But it also offers us a reflection of who we are, and who we might aspire to become.

Leaders: Myth and Reality by General Stanley McChrystal, Jeff Eggers, and Jason Mangone is available online and in bookstores everywhere. This first appeared in The Havok Journal on January 7, 2019.