HomeLaw EnforcementCops and National Guard: Kneeling in Uniform is a Form of Political Protest. Don’t Do It 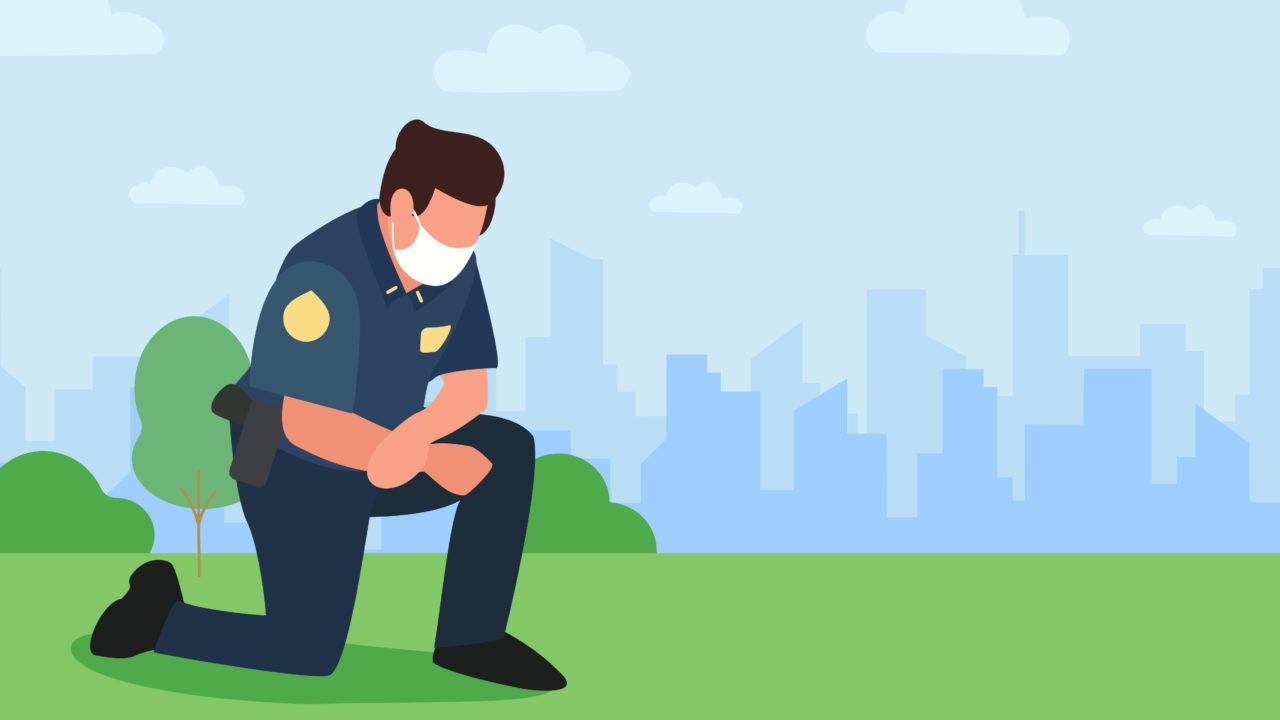 This first appeared in The Havok Journal on June 8, 2020.

In the aftermath of the senseless, alleged murder of George Floyd while in the custody of four Minneapolis police officers– since charged with second-degree murder and “aiding and abetting” – scores of peaceful protestors, enjoined by violent rioters, looters, and anarchists, have taken to the streets. To some degree, that is how it should be: The American experience is one that includes First Amendment protections that allow for peaceable assembly, no matter the viewpoint or how messy the scene.

Witnessing our country riven by racial unrest (due to legitimate concerns over historical injustices) and brazen, bigoted attacks on police officers have saddened many of us who love our exceptional – but wholly imperfect – nation, and are earnestly seeking solutions and common ground. Events surrounding the intersection of George Floyd and American policing methodologies relate to the sacrosanct, immutable constructs of “blind Lady Justice” and “equal protection under the law.”

Our country has made magnificent strides since the Civil Rights Movement of the 1950s and 1960s. But, with regards to America’s lofty aspirational goal of true equality for all, let’s honestly acknowledge that we still have a long way to go to achieve it. What doesn’t aid this effort of confronting uncomfortable truths and reforming the criminal justice system is an amplification of easily debunked tropes and false narratives – like “the policing profession, writ large, is a racist institution” – as well as pandering appeasement and acquiescence to race-baiters and the concomitant grievance industry.

And just what exactly do I mean?

Kneeling cops and National Guard troops – in uniform – bending the knee before a mob.

Some of the reflexive, default reactions to my take will be the as-per-usual “you’re racist” or “you lack empathy” retorts. Fine. Humbly speaking, my body of work as a law enforcement professional who deeply cared about the inner-city communities he served speaks for itself. And so, just what is it about the images of NYPD Chief of Department Terence Monahan kneeling in solidarity with protestors at Washington Square last week, or FBI agents and cops in Washington D.C. doing the same that remains so infuriating and counterproductive? It’s fairly simple, actually; these sworn members are in uniform and represent the state. Kneeling in unison with righteous protesters is a “feel good” experience, and in some, rare instances appeases angry mobs seeking capitulation from armed instruments of the same state. 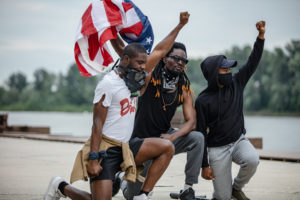 But it is wrong. Dead wrong. And I’ll explain how and why.

What actually inspired this column was an egregious act of questionable abuse-of-authority by a senior Philadelphia police official, Deputy Commissioner Melvin Singleton, who was captured on video during a protest in front of police headquarters, directing subordinate police officers and Pennsylvania National Guard troops to take a knee in front of a chanting, energized mob. Then, I was wholly nauseated by a video of Webster, Massachusetts Police Chief Michael Shaw, prostrating himself on the sidewalk, his hands behind his back, in front of an “I can’t breathe” sign and a howling crowd.

These images truly sicken and disgust me and many other current and former law enforcement professionals. As many of the same protesters are foolishly demanding defunding or abolishing the police, capitulation in the form of kneeling surrender is not the way to reform or professionalize police or better knit-together communities who inherently distrust the cops.

The symbol of kneeling relates back to Colin Kaepernick’s performative art protests on NFL sidelines during the 2016 NFL season. I disagreed with it then because it was a labor issue – no one gets to protest on “company time” – and because Kaepernick was the wrong messenger. Kaepernick, you’ll recall, wore “cops as pigs” socks to a 49’ers practice, donated to a cop-killer’s foundation, and found solidarity with the murderous Castro brothers of Cuba. Think he learned from his youthful mistakes? When the United States removed a notorious terrorist – Iranian General Qasem Soleimani — from the battlefield back in January, woke Kaep tweeted:

America has always sanctioned and besieged Black and Brown bodies both at home and abroad. America militarism is the weapon wielded by American imperialism, to enforce its policing and plundering of the non white world.

A tone-deaf, washed-up professional athlete’s smear of the country that afforded him so much opportunity aside, Donald Trump has provided little perspective, presidential leadership, or efforts at national unification. Back in 2017, Trump urged NFL owners to handle anthem protesters this way: “[G]et that son of a bitch off the field right now.” He also repugnantly suggested the sideline protesters should leave the country. It doesn’t work that way, Mr. President. Our country was founded on protest. More recently, the divider-in-chief doubled down on his position as the kneeling-as-protest movement metastasized.

Unfortunately, Kaepernick and his surrogates haven’t made the case that this isn’t a protest against the flag and for which it stands. Believe I’m mistaken? 2016 Kaep’s own words: “I am not going to stand up to show pride in a flag for a country that oppresses black people and people of color.” To borrow a retro tagline from Nike, the company that pays Kaepernick millions in endorsement monies – “Image is everything.” My great-great-great father served in the Union Army at Gettysburg – part of the legion of men who fought and died to right historical wrongs. Yes, Colin, image is everything.

But there exists a time and place for nearly everything. And as a member of the American armed forces or law enforcement, you have every right to have your voice heard while not in uniform. Guidelines and regulations exist related to political activities for government employees and there shall be no infringement on one’s constitutionally-protected right to protest or vigorously advocate for a cause – when NOT in uniform. And as long as said conduct cannot be misconstrued as the official position of the U.S. government.

There do occur moments of appropriate, apolitical, non-partisan conduct that highlight empathy and consideration. Take for instance the touching moment when Minneapolis Police Chief Medaria Arradondo, connected with George Floyd’s brother, live on air and apologized to the family. Arradondo, attired in his department’s uniform, doffed his cap. This wasn’t a form of political speech or protest. It was a human connection. It was moving. It was righteous. But no matter how conciliatory the intentions of cops and soldiers who take a knee in front of crowds that demand it, this is the wrong gesture. Officers adding a raised, clenched fist are seemingly unaware of the “Black Power” salute it signifies, and the assassinated cops attached to it. During a number of protests, it is demanded that cops bend the knee. What is the alternative? Fail to do so at your city’s peril?

I learned long ago as a member of the FBI’s elite Hostage Rescue Team (HRT), that there is no negotiating with terrorists or hostage-takers. And there is no negotiating with a woke Social Justice Warrior (SJW). No matter how conciliatory or altruistic your intentions, you can be Drew Brees — who dared to suggest his family’s U.S. Military lineage informed his opposition to disrespecting the flag by kneeling — and was compelled to issue a second mea culpa after the first heartfelt apology failed to meet SJW muster. Or, you can be progressive Minneapolis Mayor Jacob Frey, humiliated, forced to grovel in front of an angry, woke mob, merely because he refused to pander to the “defund the police” lunatics.

Repeat after me — there is no appeasing a mob. The purest of intentions only emboldens the rabble. Kneeling in uniform violates your oath and won’t result in an invitation to SJW dinner parties. 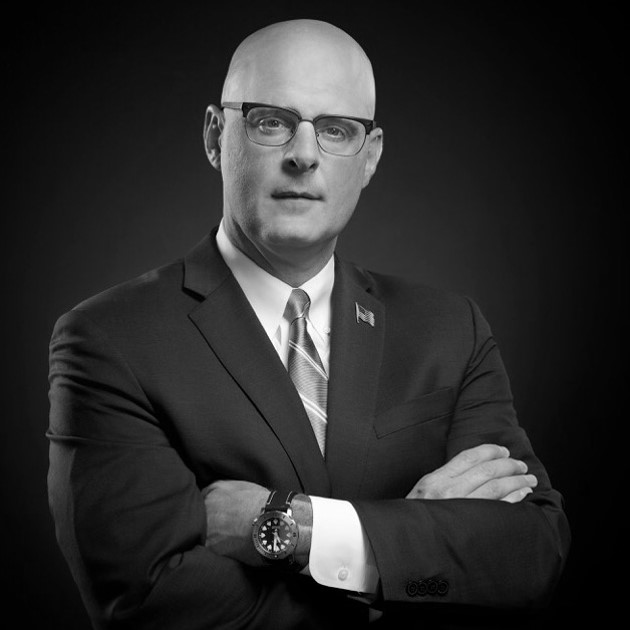