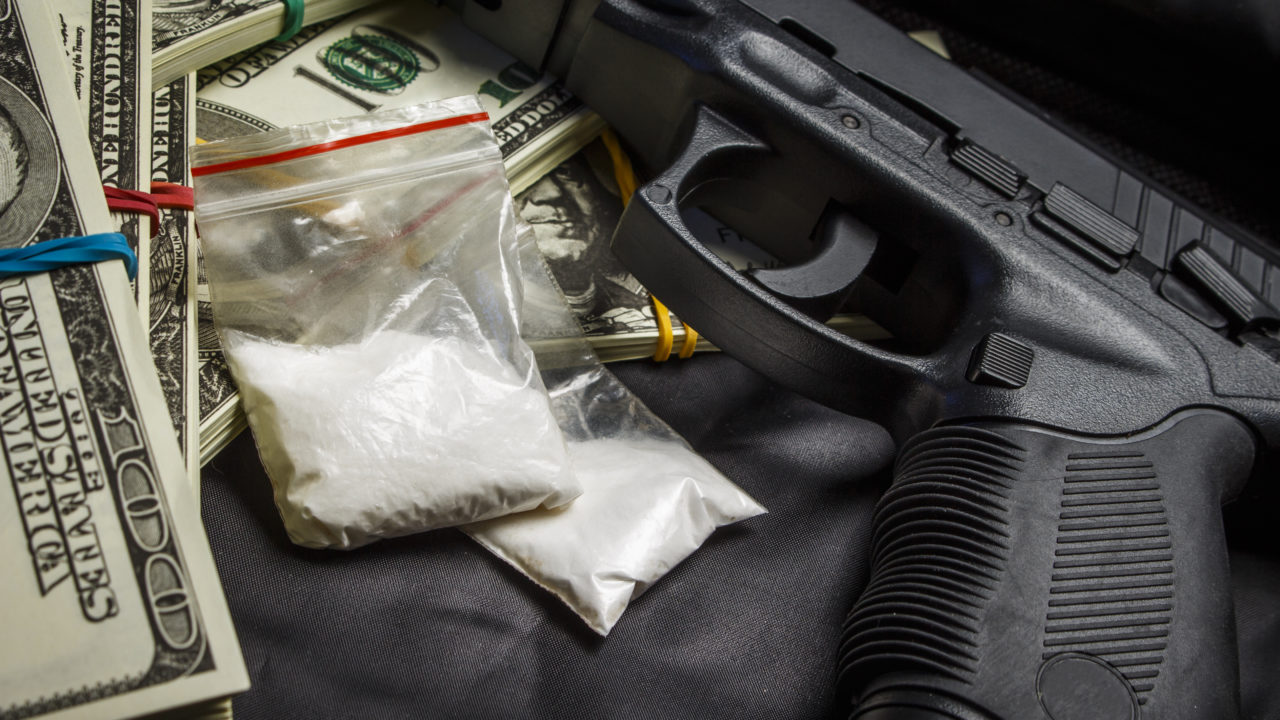 It is difficult to write these words. But the War on Drugs has been a colossal failure.

Recently reflecting on my own participation in this war, as a retired federal agent who was assigned to several counter-narcotics units with the FBI and NYPD during a 25-year law enforcement career, I recently stumbled upon a reckoning. No, it wasn’t just my binge-watching of Netflix’s episodic Narcos that highlighted the futility of the State’s attempts to prohibit items that a swath of the population really desires. But I recognized the celluloid treatment of the operational mindsets and sense of futility of the series’ main DEA characters. I’ve been there.

And I sensed the revelatory impending collision of the overarching puritanical State strategy with the predictable utilitarian application of tactical interdiction. Interdiction efforts seemingly always one step behind the crafty and ingenious criminals who were waging a battle not just to preserve their illegal businesses from government and rival intrusion, but for their very existence. And yes, this will most certainly result in my classification as a heretic amongst some of my law enforcement brethren. We have fought the good fight together. Locked up innumerable poison purveyors and made an honorable dent in distribution.

But I have always been one to call things what they are. And if we’re truly honest with ourselves, we must accept that good intentions do not always translate to commendable results. And though this blunt assessment will assuredly confirm my status in the apostasy, it is a dispassionate, pragmatic assessment that takes into account the immutable law of unintended consequences, such as mass incarceration. Some attribute the poverty, violence, and fatherless homes attendant in many inner-city communities to the overwhelming numbers of arrests related to drug distribution in communities of color. Fatherless homes perpetuate a cycle of hopelessness and despair. Almost three-quarters of all African-American children are born out of wedlock.

That’s not an epidemic. That’s a pandemic.

Conservative commentator Larry Elder recently tweeted that fatherless homes plague the black community far more than racism does. He has also said that Kweisi Mfume, a former congressman and president of the NAACP, related the same acknowledgment to him. Yes, there appears to be consensus that the incarceration of non-violent drug offenders has overwhelmed our jails and stripped innumerable black homes of a male authority figure.

This situation also demands the intelligent application of a cost benefit analysis. Are we truly, as a society, receiving enough “bang for the buck?” Conservative estimates indicate the U.S. has spent a trillion dollars on this war since Richard Nixon gave the first call to arms in 1971. Warfare is typically waged until one side can declare victory by an established definition of success. That success could mean vanquishing a foe, occupying contested territories, or wearing an adversary down to the point that results in capitulation and an agreement to terms.

The War on Drugs has been a failure by any chosen metrics defining success. If success is defined as quenching America’s insatiable desire for controlled substances, we have failed. If it is defined as limiting illegal product availability, we have failed. The only potential credit to be given is to link causality between the removal of drug dealers from the streets and a downturn in recorded violence. And yes, I’ve seen this firsthand in New York City and its northern suburbs. Cracking down on drug distribution also leads to the apprehension of some of those most prone to violence.

How could this not have an effect on reducing crime, writ large? Criminals, whether drug kingpins or Wall Street robber barons tend to “diversify their portfolios.” Sometimes removing a drug dealer from a neighborhood leads to fewer assaults, homicides, and other unrelated hustles. But is the overwhelmingly obvious mass incarceration issue and the omnipresent deleterious effects on modern communities of color with the diminution of two-parent households — sinister byproducts of the War on Drugs — worth the, at times, incremental reductions in crime?

New York City can certainly argue the merits of parts of the War on Drugs, when between 1990 and 2016, aggressive policing methodologies coupled with a harsh crackdown on drug traffickers were de rigueur and the City witnessed an astounding 85% reduction in homicides.

But what of the current overall uptick in homicide rates across the nation? With less focus on the sale of illegal drugs — as many liberal/progressive big city mayors are instructing their police departments — are these politicians ultimately becoming somewhat complicit in the creeping pernicious return to more lawlessness?

Mark Obbie, today in Politico, takes it a step further, positing that recent crackdowns on illegal gun possession in St. Louis, with a focus on federal prosecutions for offenders, has had somewhat of the opposite effect than what one would expect. He suggests that Attorney General Jeff Sessions recent call, while speaking in Missouri, for the federal government to focus on gun offenders to address the nationwide violent crime uptick, was ill-advised. Yes, the author points out the obvious notion that criminal activity is a complex issue and generally requires more than a singular approach to combat it. But dismissing the interdiction of illegal gun possession as not worthy of the more “muscular” approach that Sessions is advocating is foolhardy.

But allow me to make a HARD distinction between a person’s choice to ingest a potentially harmful substance in the privacy of their own home, and the individual who illegally procures a handgun for criminal purposes.

Drugs don’t kill people who don’t elect to consume them. Yes, you can argue that a person whose faculties are impaired could unsafely operate a motor vehicle and potentially cause a death. But firearms contribute to plenty of collateral damage carnage each and every single day in America. Gun violence is another uniquely American pandemic. So the stoner conducting his 4:20 ritual is far less of a threat than the armed robber or the strapped criminal protecting his turf.

Would it be possible, and prudent, to separate the non-violent drug offenders from their more violent cohorts? Can’t we also enact laws that are more robust when crimes are commissioned while in possession of a firearm? And can’t we apply a RICO-like umbrella for “non-violent” drug traffickers that sell poison within a criminal enterprise that uses weapons to protect turf or battle rival drug lords? You see, you aren’t “non-violent” if you are employed by a criminal organization where some use force or violence while engaging in criminal activities. You can’t hide behind your “non-violent” designation IF it can be proven that you knew your association was with a group that has employed violence as part of their business model.

So, let’s focus less on the non-violent independent “contractor” neighborhood narcotics distributor. And then let’s strengthen our laws targeting illegal weapons possession and the criminal activities of those who use gun violence to ply their trades. Admittedly, the War on Drugs may have become obsolete.

But, the “War on Illegal Guns and Those Associated with Them” should just be warming up.

James A. “Jimmy” Gagliano has some three decades’ worth of practical leadership experience, both in traditional military units as a U.S. Army Infantry Officer and in federal law enforcement executive-level assignments with the Federal Bureau of Investigation (FBI). He spent 25 years as an FBI criminal investigator, SWAT Team Leader, member of the FBI’s elite Hostage Rescue Team (HRT), Undercover Agent, Task Force Commander, Legal Attaché (Diplomat), and as Chief-of-Staff for the Assistant-Director-in-Charge of the FBI’s New York Division. He has led tactical and diplomatic operations in Afghanistan and México City, and served tours in parts of Africa, Europe, and the Middle East, as well as assignments in combat theaters in Afghanistan, while assigned to the military’s Joint Special Operations Command (JSOC). He is a recipient of the FBI’s second highest award for valor, the Medal for Bravery. Now retired from the FBI, Jimmy serves as an Adjunct Assistant Professor, instructing undergraduates in Homeland Security, Criminal Justice, Military History, and Leadership courses at St. John’s University in Jamaica, Queens and is a leadership consultant with the Thayer Leader Development Group (TLDG) located at West Point, NY. He is also a full-time Law Enforcement Analyst and Contributor on CNN, and delivers speeches across the country in corporate and university settings.

This article originally appeared in The Havok Journal on September 10, 2018.