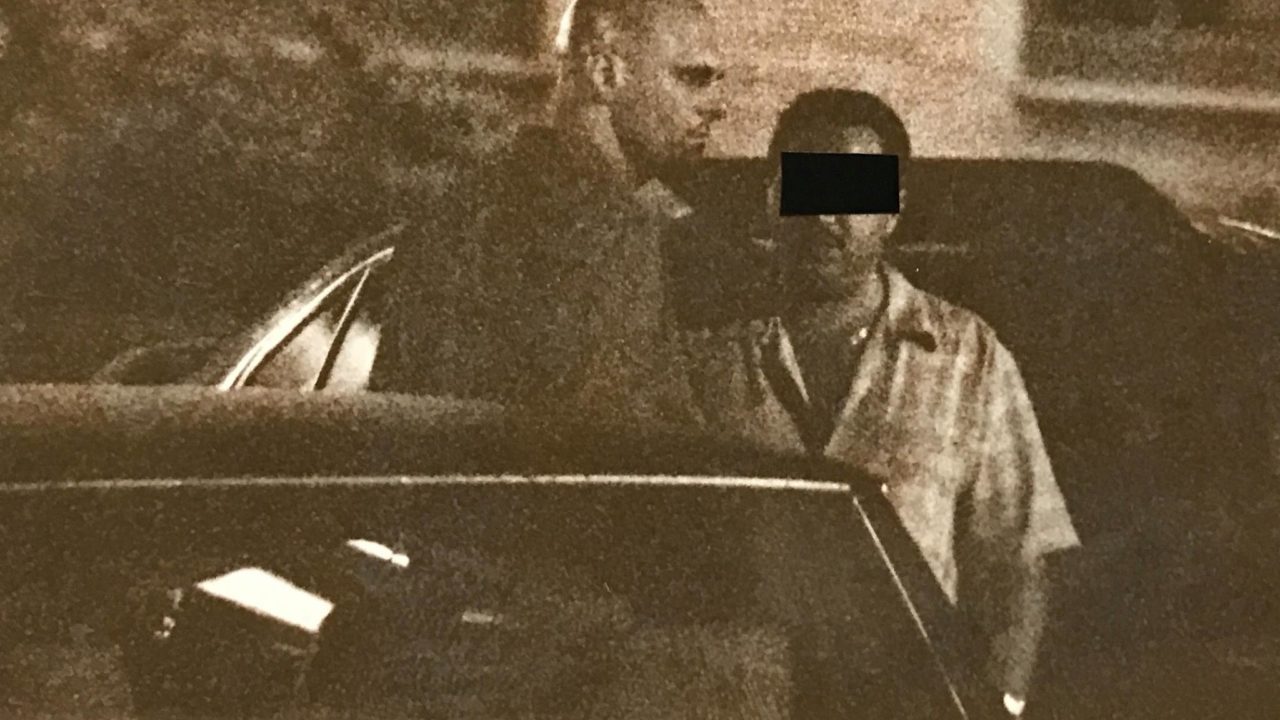 A small bead of perspiration had begun to build on my upper lip, my pulse perceptibly quickening. I reminded myself to act “natural” — whatever that meant in this precarious moment — as I listened closely, a second time, as the dangerous man seated directly across from me continued his most pointed line of questioning:

“Okay, I’m gonna ask again. Just who are you? Explain it to me. Gimme details. I’m listening…”

The stocky, unshaven, olive-skinned mob associate seeking immediate answers hadn’t chosen this diner for dinner. As it was essential to my immediate safety and well-being, the venue decision had been all mine.

So now this thug was perched atop the booth seat across from me, leaning in, and looking like he needed a phone book to bring him up to my eye level. What he lacked in height, he more than made up for in breadth and presence. And as we faced off inside the crowded New York City Greek diner, he seemed slightly anxious and on edge. I fervently hoped our battle would remain one, purely, of wits. And as I’d anticipated, he hadn’t come alone. Sitting shoulder to shoulder with his partner, this member of New York’s shadowy underworld moved in closer, cocking his cartoonishly misshapen head to one side, as his eyes slowly narrowed:

“I’m trying to remember the name that you said to me before. It was like ‘Falcon,’ or something, right? And what part of Long Island is your family from again? I grew up in Hempstead. So, I’m just tryin’ to connect the dots.”

Before I allowed myself to answer, I took the necessary few-seconds pause to ensure that I didn’t mistakenly commingle real-life details about myself with my rehearsed cover story. I’d learned this critical rule while taking part in innumerable practical exercises when I attended the FBI’s two-week Undercover School during the summer of 1996. And now, I was an FBI undercover agent in the middle of a meeting with two brutish criminals who thought I was someone else. A lot hung on the next few words I spoke, so I needed to choose them very carefully… 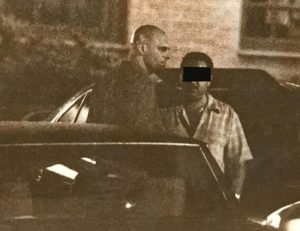 “Jimmy Falcone,” I slowly explained. “Yeah, the name’s different from my cousin’s. We’re related on my mother’s side. My Mom’s family is from Hicksville, on the Island [which was kind of true], but I grew up in Conyers, Georgia [also kind of true]. Look, I ain’t got time to give you my whole fucking family tree and life story, so before we get down to the reason for this meeting, I wanna thank you guys, upfront, for agreeing to meet with me to discuss my asshole cousin’s financial situation.”

Seemingly satisfied with my response, my questioner settled back in his booth seat and slowly crossed his arms. His partner carefully sipped his coffee, never taking his deep-set dark eyes off of me.

Seizing the initiative, and building upon the momentum I perceived was on my side, I continued:

“Alright, let’s order a quick bite first. I’m starving. And, while I’d rather be anywhere else than here, in this current situation that my fucktard cousin created through his own stupidity, I really want to get this situation resolved for him, and for you guys. We can discuss the “knockdown” offer after our espressos.”

The two gangsters robotically nodded in agreement, satisfied that I appeared to share their disgust for a cousin who was failing to live up to his obligation to honor the terms of an illegal, high-interest street loan, and so I motioned for our waitress. I needed to move things along. Empty spaces or time gaps you were somehow left to unexpectedly fill in meetings with FBI targets led to unforced errors. And tonight wasn’t the time for me to make a mistake. My son had a basketball practice later that evening in upstate New York, and it wouldn’t happen if I didn’t appear. I was the team’s coach, ride-to-practice provider, uniform laundry attendant, and chief bottle washer. Nope, it was impossible for me to phone in sick, detained, or “otherwise engaged” — i.e., floating in the East River.

Look, let’s stipulate that there are plenty of extremely dangerous experiences one just might encounter during any law enforcement career. I’d been the first man to enter the breach point on numerous FBI SWAT and HRT tactical team takedowns. I’d experienced an insurgent’s attempts to walk artillery shells in on a position I shared with SpecOps guys in Khost, Afghanistan, while attached to JSOC units as an FBI embed. And I’d knocked, unexpected by the occupant, on countless doors over the course of a 25-year FBI career, seeking answers or serving warrants — both offering potential risks. I’d even endured the distinction of having had an FBI Assistant Director offer a one-or-the-other binary choice to either pull me off the helm of an inter-agency gang task force or have my home outfitted with an expensive security system, paid for by the government after a gang leader threatened to have me murdered.

I opted for the USG-provided, tax-payer-funded state of the art alarm and barrier system. Hazards and perqs are often inextricably linked in this law enforcement gig.

And my introduction to the cautionary tale that is FBI undercover work came fairly early in my career — in fact, it was before I began my career — when my New Agent Class field counselor, a female agent who had just been recently removed from a deep undercover gig targeting former Soviet-era KGB operatives due to the stress of the assignment, was mistakenly assigned as a mentor for my Quantico class, NAC 91-6. Needless to say, her demonstrably bizarre, quirky, and unpredictable behavior led to her removal from the FBI Academy position. She later, we subsequently learned, left the bureau and returned to Moscow in order to continue her faux-but-now-real relationship with a Russian spy she had once been assigned to target. Her circumstances are now the subject of a case study provided to FBI undercover agent trainees. Ah, the lessons we learn along the way about the perils of this business.

So, yes, like innumerable other equally intrepid agents, uniformed cops, detectives, state troopers, and corrections officers, I have experienced dangerous and unsettling situations during the course of performing my duties on the job. And allow me to stipulate, I’m nothing unique or special. I’m certainly no hero. But, I’d like to share this one acknowledgment with you…

Of all the precarious moments I’d experienced, all the “Whew! That was SOME close call.” retrospective reflections, and of all the acknowledged understandably harrowing moments one has to navigate in a career serving as a member of the thin blue line, nothing quite compares to the simmering fears that relentlessly threaten to consume you, from the inside out, when you assume a role in an undercover operation.

And so, as the long night wore on, and my dinner guests noisily finished up their orders of greasy cheeseburgers and fries slathered with ketchup, I pretended to be bored, picking at my food and complaining about the quality of the meatloaf. And, while they were engrossed in their meals, heads buried in plates, I had an opportunity to better assess my current situation…

Stealing quick but casual glances at the two menacing mob associates seated across the table from me, I reminded myself to remain ever vigilant, maintaining at least a full step ahead of any threatening move they elected to make. Both of the men seated across from me were targets of an organized crime case being investigated by the FBI New York Office’s Squad C-38. They were dangerous and desperate men, and both had lengthy criminal records. I had to force myself to stay calm and appear natural. But my heart always pounded in these situations. Wouldn’t the gangsters notice its rapid beating through my linen shirt?

The brief reverie was interrupted by a stubby finger suddenly pointed in my direction. And then the apparent lead mobster issued an abrupt and stern warning:

“Look, I know you gotta understand this. We’re tired of playing fucking games with this fucking guy. My boss wants the money he’s owed paid back now. Your fucking cousin owes us close to 25 G’s. The fact that he hasn’t turned up in a while, and sends you to negotiate for him, makes us suspect. I’m fucking thinking, maybe he’s trying to keep on bullshitting us. What assurances can you give us that we’re gonna see our fucking money? I’m fucking beyond pissed that he’s been jerking us around this whole time. Should’ve beat him to death when I last had the chance…”

[Total “fuck” word count in his warning: Six. Gotta be some kind of a record…somewhere.]

His words purposely trailed off.

As I adjusted my position in the booth, I sized up his tough-talk and knew in a nanosecond that he meant business. He hadn’t said much when we’d first met inside the diner, and as an FBI agent with a fair amount of experience working undercover, I’d learned the subtle art of discerning the difference between bluster and real talk. This guy wasn’t posturing.

My shifting in my seat was purposeful. I was strapped. But in my undercover role, I couldn’t be outfitted with a regulation leather holster, with my sidearm conveniently located on my right-side hip. No, my weapon for undercover work was smaller and easier to conceal than my bureau-issued, Les Baer custom .45 on a Para Ordnance frame. That weapon was for daily use, my trusty service weapon. The S&W snub-nosed 5-shot .38 that I carried for undercover work wasn’t bureau-issued. It was my personal gun that I carried while undercover, and it had to be secreted along my beltline, sans holster. And, I had to constantly adjust its position to make certain the pistol grip didn’t dislodge from the belt it dangled from. This was critical. Bad guys don’t wear holsters. Only cops do.

I casually dragged my hand across my untucked shirt, and came in contact with the steel chamber of my weapon, snugged up against my stomach. It provided some small comfort to know it was there. But in the undercover realm, shit gets real quite quickly and often unexpectedly. And in most instances, you were far better served by an airtight cover story and the gift of gab when called upon to repel impending trouble — luckily, I was blessed with both.