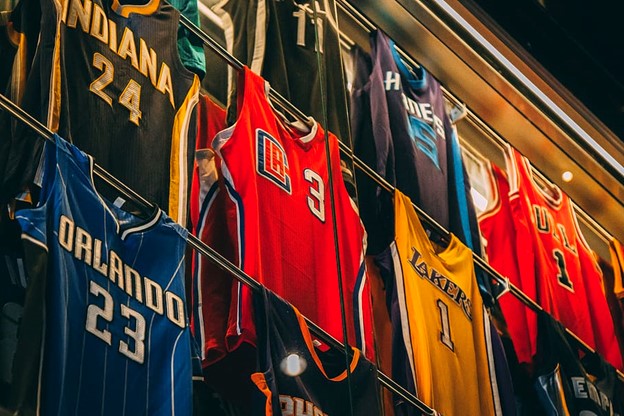 From October to April every year, basketball fans buckle up for another season of high-octane NBA action. Since the league got its start in 1949, fans have rallied around successful teams with multi-year runs.

These powerhouse teams have often redefined the game with their unique style. From Kareem Abdul-Jabbar to Steph Curry, let’s look at the NBA’s best teams of all time.

The Lakers are famous for their dynastic runs from each decade, which have helped create and define some of the greatest basketball players in NBA history. Choosing a single winning season to cover is difficult, but few LA all-stars have dominated like Magic Johnson on the court.

Known for his ability to net basket after basket, Magic surpassed multiple records to land a shooting percentage of 60.2 and average assists of 10.2 per game in 1986. However, he wasn’t alone. This era of Laker supremacy was helped along by Kareem Abdul-Jabbar—though his legacy is best remembered with the Milwaukee Bucks.

The Lakers Today: The LeBron Question

One of the greatest players of all time, LeBron James is currently leading the Lakers. Though LeBron’s time with the Miami Heat helped create one of the strongest teams to emerge since 2000, the all-star is shifting to do the same with the Lakers. Since LeBron’s arrival in 2018 and Anthony Davis’s arrival in 2019, the west coast team has already taken an NBA Championship title.

However, according to experts at OLBG who provide NBA picks for the upcoming season, the Lakers’ rivals, the LA Clippers, are favored to win their upcoming December 23 faceoff. As one of the strongest contesters to the Lakers’ reign, LeBron will need to find a way to stop the Clippers early on if he plans on being remembered as a Laker.

Remembered as the ‘Dubs’, the Golden State Warriors’ multi-year run helped redefine how basketball is played in the modern era by emphasizing shot accuracy. Led by Steph Curry, Kevin Durant, Klay Thompson, and Draymond Green, the team accrued 67 wins in their regular season before taking their second of three Championship titles.

The Dubs were known for their seamless level of play and ability to score. Of the seven players in the NBA that year who posted an average of 22 points and 56-plus field-goal percentages, three hailed from the Warriors.

Led by Michael Jordan and Scotty Pippen, the stats for the ’95-96 Bulls set precedents in the NBA that weren’t broken until the Dubs appeared two decades later. The Bulls led the NBA in all-around ratings, as well as offensive and defensive records individually—all in addition to taking home the franchise’s first of three consecutive Championship Finals titles.

As is common with certain NBA legacies, the Bulls tend to rely on their Jordan-era reputation to stay relevant. To date, the only teams with legacies that recur separately over decades are the Lakers, 76ers, and Celtics.

Though the NBA’s biggest names today are Michael Jordan or LeBron James, one of the greatest basketball players of all time got his start in the early 70s: Kareem Abdul-Jabbar. The ’70-71 season with the Bucks marked his second in the NBA but saw him win his first of four consecutive Championships with the Bucks.

Kareem averaged 31.7 points, 16.0 rebounds, and 3.3 assists per game during his ’70-71 campaign. Not only did his performance help catapult the Bucks to greatness, but it also alerted the NBA that there was a new all-star emerging in Milwaukee.

Along with the help of the experienced Oscar Robertson, All-Star Bob Dandridge, and reliable scorers Jon McGlocklin and Greg Smith, Kareem helped push the Bucks to the NBA’s best single-season rating of all time. The team is remembered for its ability to transition quickly and net baskets.