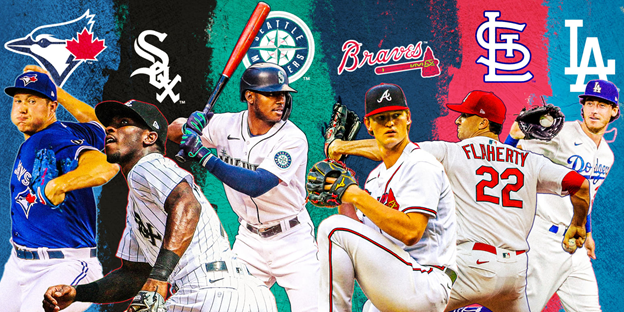 Without even a regular-season game in the books, we can tell you who the names of the six division winners will be seven months from now. Call it a gift, call it divine inspiration, or call it what you will but our crystal ball is clear as a bell and we are prepared to divulge this information exclusively to our readers.

Now all you need to do is to use this intelligence for your own financial gain and bet these futures before the season begins. Make sure that whichever online sportsbook you bet with has a sterling reputation and a track record of timely payouts. Do your homework and research your potential betting shops as though you were looking to buy a car. Read a Nitrogen Sports review, for example, and see what all the buzz is about. You’ll be glad you did.

Okay, without further ado, let’s unveil our predictions for the division winners at the end of the 2021 MLB season accompanied by odds on each team to win their respective division.

The Tampa Bay Rays were a nice story last season. They shocked the world by cruising to an AL East title, leaving the Yankees seven games back in their wake. Tampa even proved their impressive season was no joke when they bested the Bombers in a five-game postseason series to advance to the ALCS where they defeated the Astros before bowing to the Dodgers in the World Series.

But not this year. Oh no, this year belongs to the boys from the Big Apple and the bitter disappointment of last season still stings with the only cure being redemption. No one will be surprised when this wrecking crew breaks the century mark in wins and makes a World Series run.

It will be another dogfight between the White Sox, Twins, and Indians for division supremacy but ultimately the White Sox will prevail. After falling just short of winning the Central last season, and losing to the Athletics in the first round of the playoffs, it will be time for the ChiSox to get the respect they have had coming for a few years now. Long considered the dregs of the division and the “other team” residing in the Windy City, 2021 will be their turn to shine.

The votes are in…

The MLB on FOX fans picked the @whitesox to win the AL Central this year! pic.twitter.com/IezKr0PbMF

This is supposed to be a two-horse race but there is a dark horse that will disrupt the champagne-drenched celebration that the Astros or Athletics are anticipating at season’s end. That’s right, the Los Angeles Angels will see to it that 2021 is their time to shine. They have always had plenty of prolific power at the plate but the pitching always seems to waver. Not this season, the Halos are what’s happening in the AL West this season.

The Philadelphia Phillies will be better than expected so take a look at their projected win total for the season, hovering around 81 at most of the best online sportsbooks, and bet over that number. However, they won’t be good enough to be crowned beasts of the East because that distinction will belong to the New York Mets.

Tons of offseason buzz surrounding the Cardinals is causing the public to bet them like they are reading October’s newspapers. However, there is a team that few are talking about except those in the know. And that’s why you’re here because you want to be one of those people and because you do, we will let you in on a little secret. The Cincinnati Reds will win the NL Central in 2021.

While we would love to tell you, the Diamondbacks are not only a dark horse to win the West but will actually unseat the Dodgers this season as division champs…. we’d be lying. And as for San Diego, which was the little engine that could for a while last year and certainly one of the most improved ballclubs in recent memory, it’s Big Blue all the way. LA is a heavy favorite for a reason and sometimes you’ve got to trust your own eyes, lay the heavy lumber the books are demanding, then wait several months to get your money back and then some.